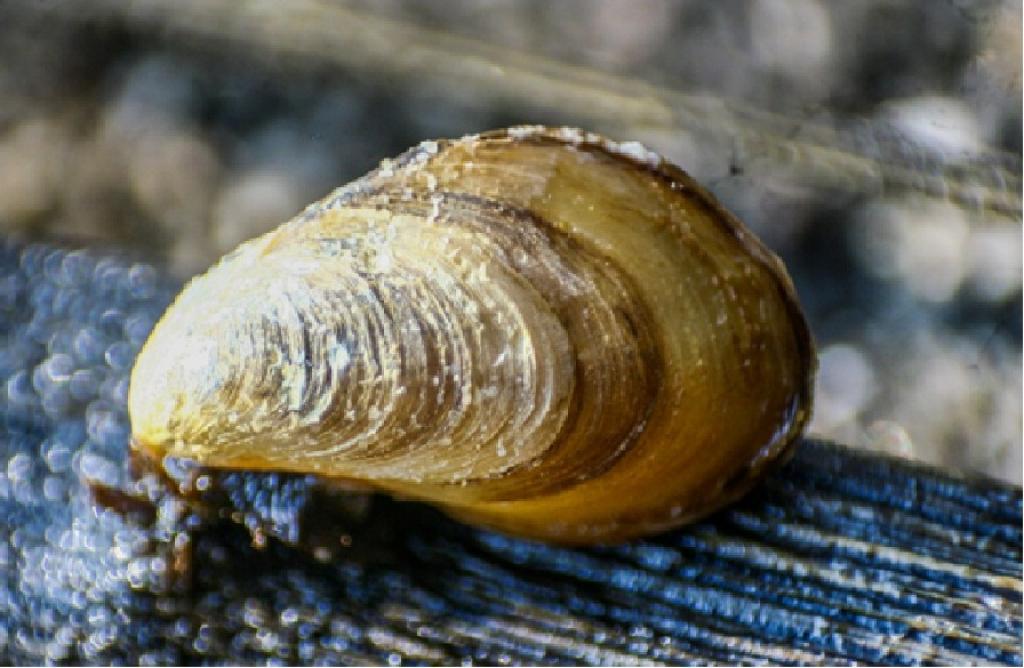 Comparing the genome of the mussel with an international genetic database as well as with DNA of other species of mussels, they have concluded that the mussel seen near the shores of Cochin harbour is more like Mytilopsissallei, which is found in the Lam Tsuen River in HongKong.

Biofouling is an excessive growth of marine animals on structures and ships and is of great economic nuisance.  Extensive biofouling could weaken foundations of the harbour and ship hulls. Unabated fouling can make ships heavier and difficult to manoeuvre. If it happens in the ballast filled with water, it could damage pumps and other machinery too.

Mussels, especially the Mytilopsis species are the prominent among the list of biofouling agents. The others are marine algae, microorganisms and corals.

A massive population of Mytilopsis was first noticed on wooden materials partially submerged in the water, in Ezhupunna region of Vembanad Lake, according to the researchers. The lake is several kilometres inland.  The population density was as high as 780 individuals growing in one square meter.  Their bulk weight and ability to grow together in large numbers means fouling by them could weigh down even heaviest of ships.

Mytilopsissallei, also known as black striped mussel is a well known invasive mussel and has been known to populate strange seas across the world since 16th century by riding on seafarer ships.

“In India, Mytilopsis species were recorded from Visakhapatnam harbour during the 1960s for the first time and then from Mumbai harbour in 1975. Our study records their presence in the south-west coast of India for the first time,” said Jayachandran, a member of the research team.

In order to confirm if the species is Mytilopsis or not, the team took samples of DNA from five specimens and compared them with unique DNA portions or sequences of Mytilopsissallei from the Lam Tsuen River, and also with an Asian mussel Congeriakusceri.  It is difficult to distinguish between the two merely from their looks.

“The sequences of M. Sallei exhibited 0 per cent intraspecific divergence which confirms that the sequence from Cochin mussels clearly matched withthose from Lam Tsuen River, Hong Kong, thus confirming  bioinvasion of M. Sallei in the Cochin backwaters,” the study notes.

“The results confirm that it is one of the several Mytilopsisspecies, if not Mytilopsissallei. We can't surely say that our specimen is Mytilopsis sallei, because many researchers believe that the Indian and other Asian population, including the Lam Tsuen River species, are indeed Mytilopsis adamsi and is wrongly labelled as Mytilopsissallei,” said Jayachandran. That requires matching the sequences with the mussels that are native to Guatemala. That data is not available now.

In any case, mussels growing offshore in the backwaters of Cochin are surely not local. “This species is highly tolerant to salinity and temperature variations. Eradicating marine invasion is an extremely difficult.  A similar invasion in the harbour of Darwin islands required 2.2 million Australian dollars (about Rs 11 crore) to chemically clean the water,” the study said. India does not have adequate control measures to avoid marine pest orfouler intrusion except using antifouling paints on ships, and these antifouling paints are marine pollutants.