Dredging, freight transport, pollution, and a lack of management plan leaves India’s only dolphin sanctuary under threat, and a drop in numbers has experts worried 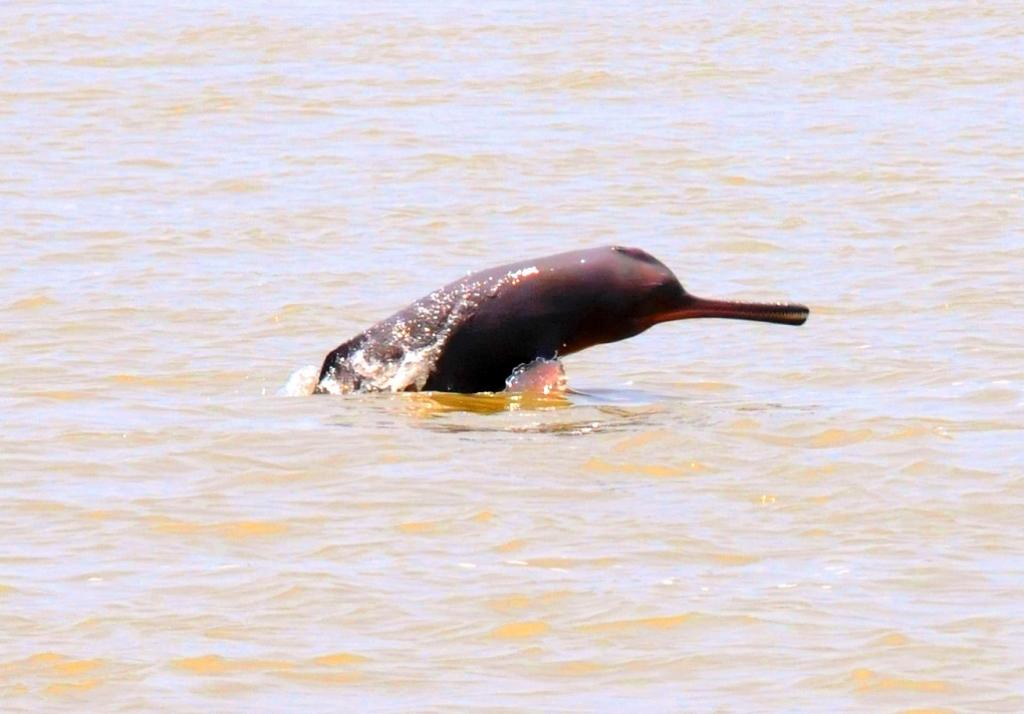 A dolphin surfacing in the Ganga river in Bhagalpur in Bihar. Credit : Mohd Imran Khan

The population of the endangered Gangetic river dolphin has declined at the Vikramshila Gangetic Dolphin Sanctuary (VGDS) in Bihar’s Bhagalpur district, India’s only sanctuary for its national aquatic animal. A survey conducted in December 2017 by Vikramshila Biodiversity Research and Education Centre (VBREC) — in partnership with researchers from Ashoka Trust for Research on Ecology and Environment (ATREE), Bangalore and Wild Life Institute of India (WII) Dehradun — found that the number of dolphins in the sanctuary had declined to 154 from 207 in 2015.

Sunil Choudhary is the coordinator of VBREC at Tilka Manjhi Bhagalpur University. VBREC has been regularly conducting surveys in the dolphin sanctuary spread over 60 kilometres along the Ganga. An expert on dolphins, with over two and half decades of research and field experience, Choudhary said the declining population showed up in the last two surveys in 2016 and 2017, compared to the 2015 survey. “Every year we do two surveys in the sanctuary. One thing is clear: 2015 onwards we see a declining trend of dolphin population. We are currently busy doing the 2018 survey.” 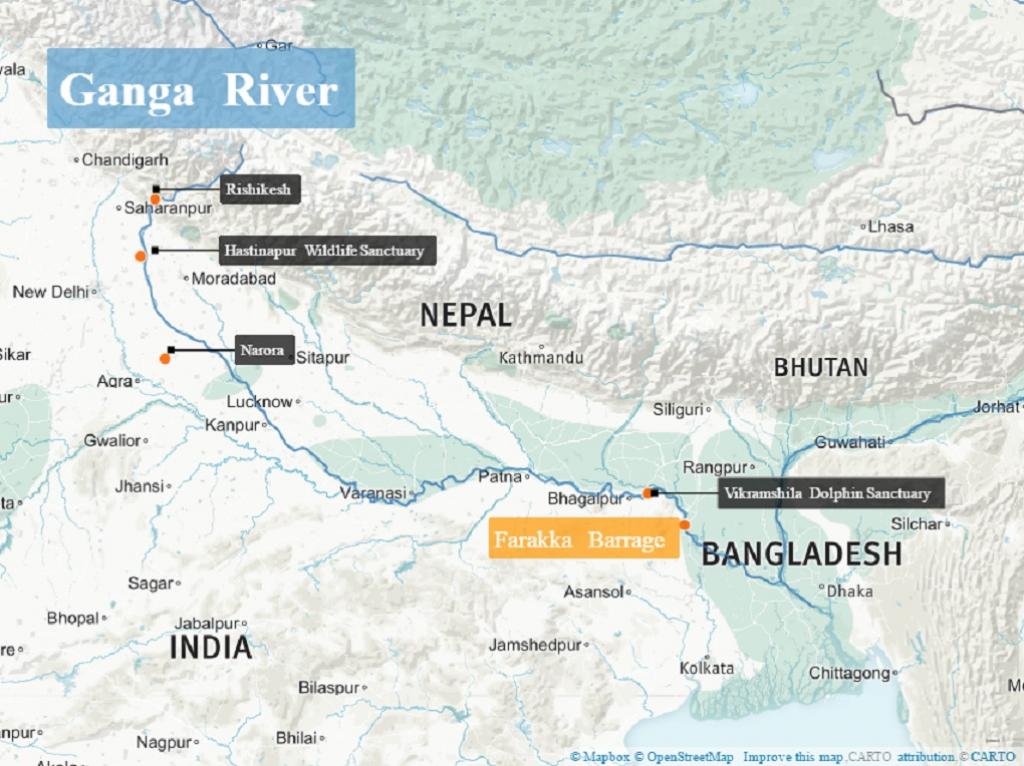 This is not a surprise. Last year dolphin experts had warned that due to their effective blindness, and dependence on echolocation, the Gangetic dolphins would suffer from the noise pollution created by large ship propellers, and by dredging.

Dredging activity in the area has increased manifold in recent years because the current Indian government has declared the stretch of the Ganga from Varanasi to Haldia in West Bengal National Waterway Number 1. A channel for heavy ships is being dredged, and a shipping container port in Varanasi is almost ready. The plan is part of India’s aim for cooperation with Nepal in the transboundary Ganga basin, with a shipping container port meant for goods to be transported to and from Nepal being built in Bihar.

See: The dolphin, the fisherman and the holy river

Choudhary said that during the monsoon dolphins go to the tributaries and side channels, and return when the water recedes. But in the last two years – when the current dredging activity really started – the dolphins had not returned.

VBREC had done an experiment when the river was being dredged for another reason—  for an upcoming water supply project for the town of Bhagalpur. “We did a population census in 2012 before dredging, and after dredging in 2013. There was clear proof that dolphins moved downstream during the dredging. But no one knows how many kilometres they moved. That cannot be a plausible explanation [in the present case because] dolphins are not there [have not returned]. We also have secondary reports indicating a number of accidental deaths which are not reported officially.”

He said it is a matter of serious concern that the dolphin population is decreasing even in the protected zone.

A number of reasons

While Choudhary said increasing dredging in the river by Inland Waterways Authority of India had disturbed dolphins in the sanctuary, other experts involved in the survey blamed increasing pollution, human interference, siltation and decreasing water flow and water level in the river.

A decrease in the number of dolphins indicates that there is something wrong with the ecosystem, R.K. Sinha, vice chancellor of Nalanda Open University in Patna and a reputed expert on Gangetic river dolphins, said, “The water level has been decreasing and flow slowed down in river Ganga. Siltation is also increasing in the river. All these are not favourable to dolphins.” He also pointed out, “The dolphin sanctuary area in over 60 km stretch is not barricaded.” 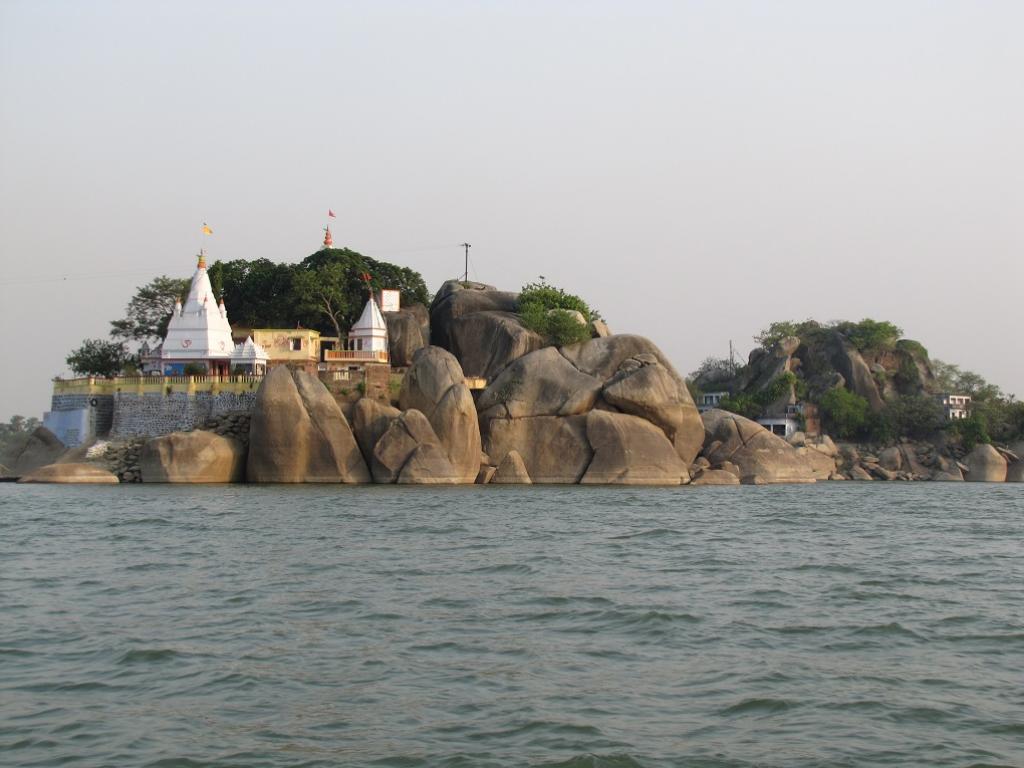 He said the Gangetic river dolphin is India’s national aquatic animal but frequently falls prey to poachers. Dolphins are also sometimes killed without intention by being trapped in fish nets or hit by propellers. Wildlife officials say poachers kill dolphins for their flesh, fat and oil, which is used as a prey to catch fish, as an ointment and as a supposed aphrodisiac.

Dolphins prefer water that is at least 1.5-2.4 metres in depth. They are usually found in water where there is enough fish for them to feed on. “Gangetic dolphins prefer deep water with adjoining shallow water,” Sinha said. “They live in a zone where there is little or no current. That helps them save energy. If they sense danger, they can go into the deep waters. The dolphins swim from the no-current zone to the edges to hunt for fish and return.”

Sinha was dismissive of the drop in numbers, pointing out that numbers had never been very high to begin with.

In response, Choudhary pointed out that people living on the banks along the 60-km stretch are also dependent upon the river. It was not wise to cut them off from their sources of livelihood by barring them from it, and alienating them from the sanctuary might be counterproductive.

“You have to make people aware how to use and not abuse the river. Their traditional uses should be respected and you cannot alienate them from that. Involving fisherfolk communities and others stakeholders along the river flood plains is the only way. There is no easy method of conserving dolphins or conserving river biodiversity in a protected area. It is a long process and it is only possible by involving stakeholders,” Choudhary said.

He said that a much awaited management plan for the sanctuary has been delayed. “I have consulted all stakeholders on the plan and the draft is ready,” Sharma said. He had been asked by the Bihar government to prepare the plan.

The Vikramshilla Gangetic Dolphin Sanctuary came into existence in 1991 but a proper management plan is still awaited. Meanwhile, illegal fishing is rampant within the sanctuary.

Another dolphin expert, D.N. Choudhary, who teaches zoology at Tilka Manjhi Bhagalpur University, said the number of dolphins have definitely decreased. He pointed out that other species like gharials, tortoises and fish are also showing a decline.

Based on his recent survey of the sanctuary’s stretch from Sultanganj to Kahalgaon, D.N. Choudhary said one of the main reasons behind dwindling of dolphins is increasing pollution. “Fish production in the area is also witnessing a sharp decline mainly due to the river pollution, which also affects the dolphins.”

Mohd Imran Khan is a Patna based journalist.