The draft, not yet in the public domain, proposes to turn the National Board for Wildlife, which can raise red flags against large industrial projects coming up near wildlife areas, into just an advisory body. It also makes culling of wild animals easier. 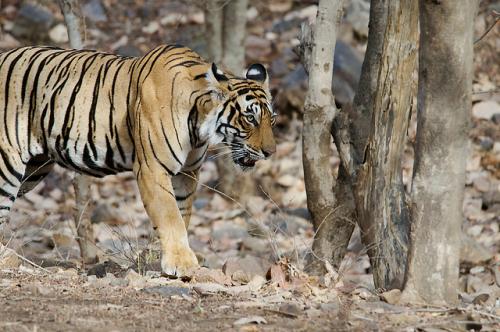 Soon you could earn up to Rs 25 lakh by helping the government nab wildlife criminals. The draft Wildlife (Protection and Management) Bill, 2016, which is being considered by the ministry of environment, forest and climate change, wants those providing tip-offs on wildlife crimes to receive up to 50% of the fine collected for such offences.

The draft also increases the fines for wildlife crimes, with the maximum fine (for repeated poaching of tigers and such species) set as Rs 50 lakh besides prison time.

The draft bill, which if passed, will replace the Wildlife (Protection) Act, 1972, also broadens sanctuaries by allowing individuals and communities to turn their land into "community reserves".

The draft, a copy of which Catch has reviewed, is not in the public domain yet and can still undergo changes.

While it proposes to make the law stricter for poachers, it makes life easier for industrialists, in line with the Modi government's pro-investment agenda. The National Board for Wildlife, which can raise red flags against large industrial projects coming up near wildlife areas, is proposed to be turned into just an advisory body. It also makes culling of wild animals easier.

Here are some of the highlights:

The existing law says that a person who helps in detecting or apprehending wildlife offenders can be awarded up to 20% of the proceeds from the fine collected when the offender is sentenced. The new draft wants to raise this limit to 50%. It also adds a clause that the state government should pay an additional Rs 10,000 to such persons.

At the same time, the penalty for committing wildlife offences has multiplied. While the existing law prescribes fines between Rs 500 and Rs 25,000, the new law has a minimum penalty of Rs 5000 and maximum Rs 50 lakh. The highest penalty is for repeat offenders who hunt or are found with remains of "Schedule I" species, including tigers, leopards, bisons and pangolins.

No more feeding animals in zoos

The old law empowered only two senior officers - a state's chief wildlife warden, and the director of wildlife preservation, to file complaints with magistrates for cognizable offences. The new law empowers a host of other officers. This includes directors of zoos, who can file complaints against people teasing, molesting or feeding zoo animals.

Now you can turn forest areas into a sanctuary of your own. The government is planning to allow "community reserves", which can be proposed by individuals or communities for protecting flora, fauna, traditional or cultural conservation values and practices on the land. There will be a community reserve management committee, consisting of the landowners plus forest officials and experts, who will oversee the conservation activities of the reserve.

Now for the bad news. The law empowers state governments to make rules for "handling" wild animals. This includes translocation for conflict management, and management of population outside protected areas including private and public premises - a euphemism for culling them when they affect farmers. Many states have asked for permission to cull monkeys, bisons, and nilgais that "stray" outside protected areas into farms.

The National Board for Wildlife is a prime minister-chaired body that has to meet at least once a year. Any industrial project coming up near a wildlife area has to seek NBWL's clearance. The Board's standing committee meets regularly to appraise such projects, and can make site visits. The new law does away with all this. Neither is the NBWL mandated to meet at least once, it does not have the power to appraise projects - this has been transferred to State Boards of Wildlife.

No protection to Nicobar tribals

The current act has a clause for that protects the hunting rights of scheduled tribes living on the Nicobar Islands. The exemption was granted to them through a notification in 1967. This clause has been removed in the draft law.

This article was originally published on Catch News. Read the original article.