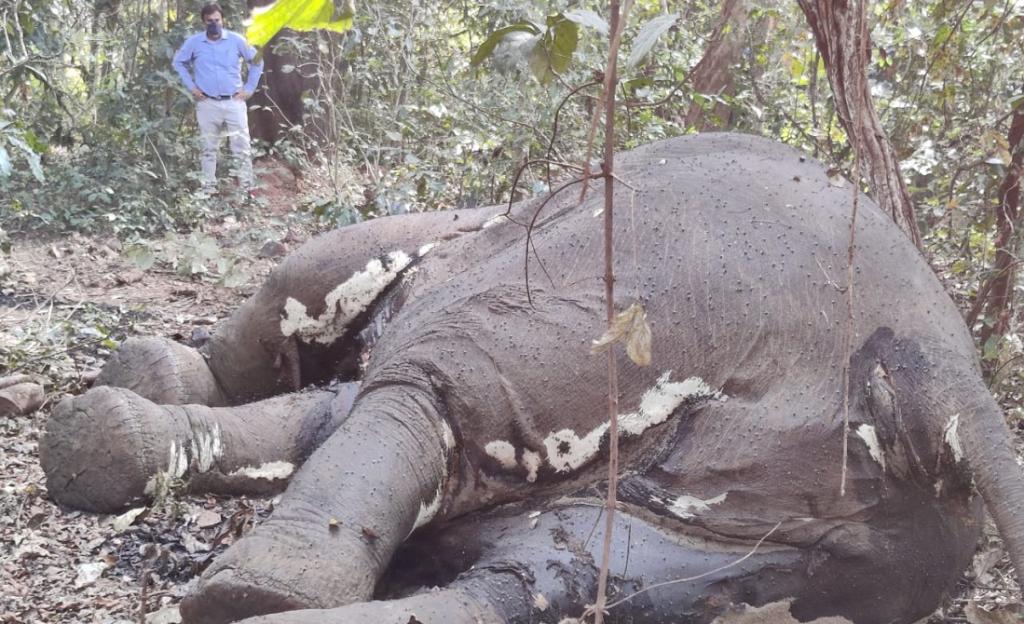 The carcass of a 25-year-old tusker, with missing tusks was found at a village in Odisha’s Mayurbhanj district on the evening of January 7, 2021, officials said.

The carcass was found at Kalamangadia village within Hadagada wildlife range of the Baripada forest division in Mayurbhanj district.

Forest officials suspect that the animal might have been poached for ivory. The animal appeared to have died more than a week before it was recovered.

This is the second unnatural elephant death in Odisha within a week as the carcass of a 15-year-old female elephant was found January 1, 2021, in the Tangi forest range of Khordha district.

Forest officials believe the dead elephant belonged to a herd that had been roaming in the area recently. No external injuries were found that could point to a cause of death, leading wildlife activists to suspect it was killed by poisoning, a common tactic used by poachers.

“An investigation is underway. Stern action will be taken against those found guilty in the case,” Santosh Joshi, the divisional forest officer of Baripada said.

The Odisha forest department has drawn flak after the recovery of two elephant carcasses in the state within a week. Locals have accused the department of neglect and blamed the department for the deaths of the elephants.

The region has witnessed several killings of locals as well as elephants and widespread damage to houses and crops by rogue pachyderms in past years.

“Rampant mining in the forests of the state is the main reason behind the destruction of elephant corridors and vital habitat essential for long ranging species like Indian elephants,” Biswajit Mohanty, the secretary of non-profit Wildlife Society of Odisha said.