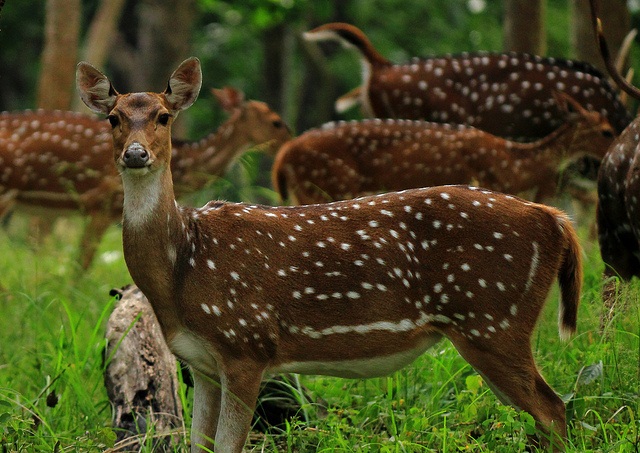 After facing "criticism" for not doing enough to conserve wildlife, the Ministry of Environment, Forests and Climate Change (MoEFCC) has issued an advisory which aims at conservation and protection.

The ministry has stated that industries and public sector units will have to pay either 2 per cent of the project cost or the actual cost of the impact mitigation and wildlife conservation plan to be calculated on a 10-year basis—whichever is more—while setting up projects.

The advisory seeks to make industries responsible for activities taking place in and around protected areas (PAs). These are specially-marked areas for wildlife conservation in India.

There are in total 673 PAs across the country at present. Frequently, industrial projects are planned within or around the periphery of PAs, leading to negative impact on wildlife.

The ministry’s decision comes as an outcome of the deliberations held in meetings of the Standing Committee of the National Board for Wildlife (NBWL) this year. NBWL is the national authority which decides development and conservation issues related to wildlife in India.

The Standing Committee, constituted by the NBWL vide its order dated November 4, 2003, examines and approves industrial and developmental projects lying within 10 km from the boundaries of PAs or in eco-sensitive zones.

The committee, during its 34th meeting on June 2, 2015, appointed a five-member team for policy recommendations to calculate the cost of impact mitigation and wildlife conservation.

Accepting the recommendations of the committee, the ministry devised the advisory which is set to increase and streamline the inflow of funds from private agencies.

Following are the recommendations made in the advisory of the environment ministry.

User agencies proposing industries, mining and development activities in the vicinity of wildlife sanctuaries and national parks would pay for the implementation of the management, conservation and impact mitigation plan for the sanctuary or the national park.

In case of new project proposals, 2 per cent of the project cost or the cost of impact mitigation and wildlife conservation plan, whichever is more, would be payable by the industries.

In case of linear projects or those falling partially within the zone of regulation, the proportionate cost of the project taking place within the zone will be taken into consideration for calculating the 2 per cent amount.

Normally, the projects for expansion or capacity augmentation or plant optimisation have less incremental impact on flora and fauna and their habitat compared to new projects of the same nature and size. In such cases, the agency would pay 2 per cent of the project cost or the cost of impact mitigation and wildlife conservation plan, whichever is less.

States and Union territories (UTs) are required to declare Eco-Sensitive Zones (ESZs) as per the Environment (Protection) Act, 1986, around respective PAs for regulating and monitoring industrial activities. The NBWL had earlier decided that the “delineation of ESZs would have to be site specific and relate to regulation, rather than prohibition, of specific activities”. The purpose was to create a kind of “shock-absorber” to natural ecosystems from human activities.

States and UTs have been given freedom to decide on the extent of ESZs. Pending the final notification of ESZs by the ministry, a default value of 10 km radius from the boundary of the PA is taken for considering the proposals by the Standing Committee.

So far, only less than 100 PAs out of 673 have been proposed for creating ESZs. Human activities around wildlife sanctuaries and national parks often have negative impacts on the natural ecosystem. The decision of the environment ministry is a positive recommendation which will help strengthen wildlife conservation in India suffering from financial crunch.