Fifteen leopards have died in Odisha in the last 3 years; 5 were poached 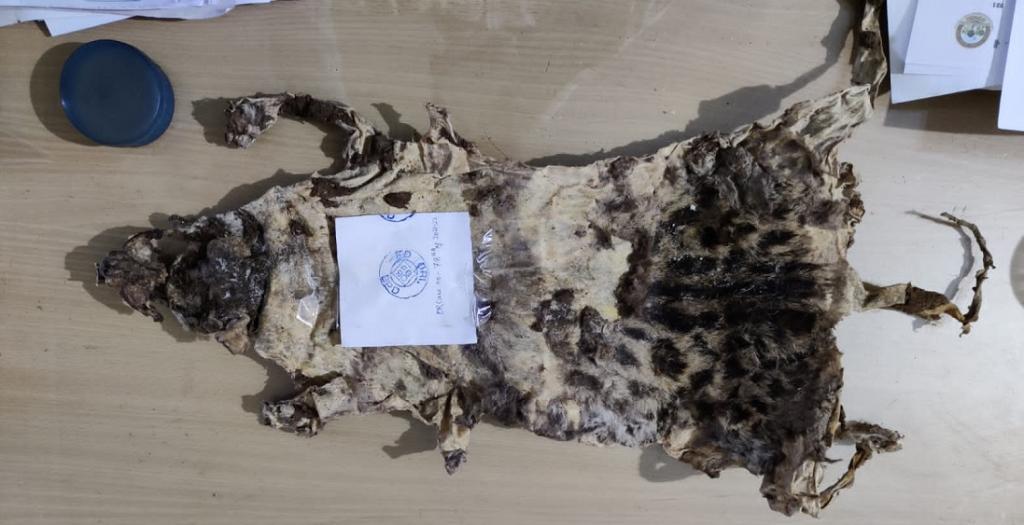 One of the accused, Vikas Vinay Singh had written a message on social networking website Facebook, urging anyone interested in buying the leopard skin to call him.

The Wildlife Crime Control Bureau (WCCB) of Madhya Pradesh were first tipped off about some Facebook posts offering leopard skins for sale. The WCCB informed the Special Task Force (STF) of Odisha and state forest department.

“We suspect that there is a chain of smugglers involved in this type of trade and will try to reach out to them through the arrested persons. The skin of the leopard will be sent to the Wildlife Institute of India (WII), Dehradun for chemical examination,” Joshi added.

Jayakrushna Panigrahi, the secretary of Odisha Environmental Society, said there was a link between poaching and trading of leopard skins.

This was because the skin fetched a huge price in the international market despite a global ban, he added.

“Although the state forest department has been making tall claims of keeping tabs on poaching, the seizure of 15 leopard skins during the last one year presents a different picture,” Panigrahi noted.

A total of 15 leopards had died in Odisha between 2018 and August 31, 2021, Odisha’s forest, environment and climate change minister Bikram Keshari Arukha said in the Odisha Assembly September 7, 2021.

Four leopards died in 2018-19, three in 2019-20 and six in 2020-21. Five leopards were killed by poachers, one died after being hit by a train, four died due to other diseases, two died natural deaths and the reason for the deaths of three leopards was not clear, added the minister.

The number of leopards in Odisha has more than doubled to 760 since 2018, according to the report Status of Leopards in India released by the National Tiger Conservation Authority (NTCA) December 21, 2020.

On the other hand, the population of tigers in Odisha has remained unchanged between 2014 and 2018 as the figure stood at 28 according to the NTCA report.

According to LAK Singh, a former wildlife research officer at the Similipal tiger reserve, the areas vacated by tigers being occupied by leopards is one of the main reasons behind the increasing leopard population in Odisha.

He added that leopards bred more often than tigers. They can live in almost any type of habitat, including rainforests, woodlands, grassland, forests, mountain habitats, coastal scrubs, shrub lands and swampy areas.