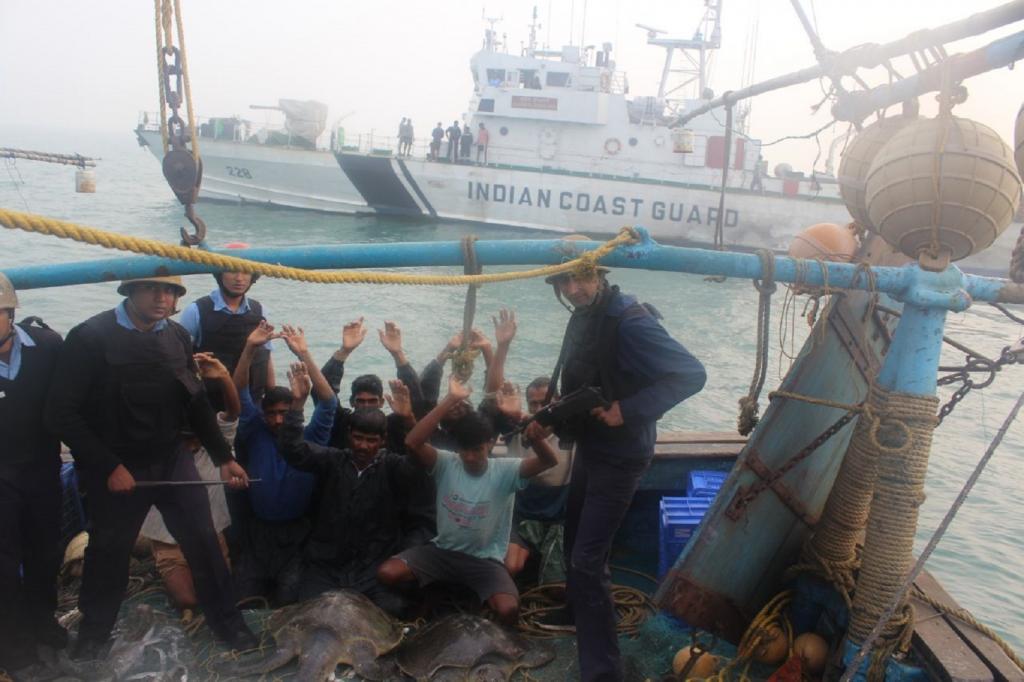 A marine fisherman was gunned down by armed coast guard personnel on Friday night within the Gahirmatha Marine Sanctuary—largest rookery of sea turtles in the world—in Odisha’s Kendrapada district. The deceased fisherman has been identified as Mayadhar Mallick (45), from village Narayanpur.

In a bid to protect sea turtles, the government in 1997 declared Gahirmatha as a marine sanctuary and banned fishing in the area between November 1 and to May 31 every year.

Since the shooting, tensions are rising at the Paradip fishing harbour and nearby areas. Fishermen demonstrated in large numbers and blocked the main road near the office of the coast guard at Paradip to protest the killing.

The protesters seek stern action against the coast guard personnel who “illegally gunned down the fisherman”, as well as Rs 25 Lakh compensation for the victim’s family.

Sumant Biswal, general secretary of All Odisha Fish Producers Federation and secretary of Odisha Fish Trawler Owners’ Association claimed that Mallick along with other fishermen was returning after fishing in the sea, much beyond the restricted sanctuary area, when the personnel apprehended them and opened fire.

“The marine sanctuary is not demarcated properly as the forest officials have marked the areas with floating buoys. Due to non-demarcation of the ‘No Fishing Zone’ in Gahirmatha, forest and coast guard officials arrest many fishermen every year as many of them enter the sanctuary areas inadvertently for fishing,” says Biswal.

“However, the boat did not stop and continued to escape, when it rammed and caused damage to the coast guard ships. The ships had to resort to fire warning shots in the air and across the bows to stop the fishing boat, and as a result a fisherman sustained   gunshot injuries. He was immediately brought to the harbour by our ship and shifted to a hospital in Paradip where doctors declared him brought dead. An inquiry has been ordered into the incident,” he adds.

“The deceased fisherman was the driver of the trawler. Later coast guard officials handed over all the arrested fishermen to us. The eight fishermen were produced in the court of Judicial Magistrate First Class (JMFC) at Rajnagar on Saturday. The court rejected their bail and remanded them in custody,” he adds.

This is the mating season for sea turtles, at the end of which female turtles lay their eggs. Measures have been initiated to protect the mating turtles in the sea. Hence, fishing is banned in the marine sanctuary within a distance of 20 kilometers from the coast, covering the 68 kilometre-long coast line of Gahirmatha rookery, adds Mishra.

He further explains that each winter, the magnificent Olive Ridley sea turtles start their long journey to Gahirmatha to lay eggs. The turtles repeat the trek every year, always to return to the same beach in order to lay their eggs where they were born. Olive Ridleys are known for their huge arribadas or egg-laying episodes, where half-a-million turtles come ashore to lay their eggs.

A record number of 6,64,549  turtles laid eggs between March 8 and 12 last  year on the Nasi-1 and Nasi-2 islands of the marine sanctuary. They broke the nesting record of last 16 years due to strict imposition of the fishing ban, says Mishra.