Fishers in Odisha rescue second whale shark in a week 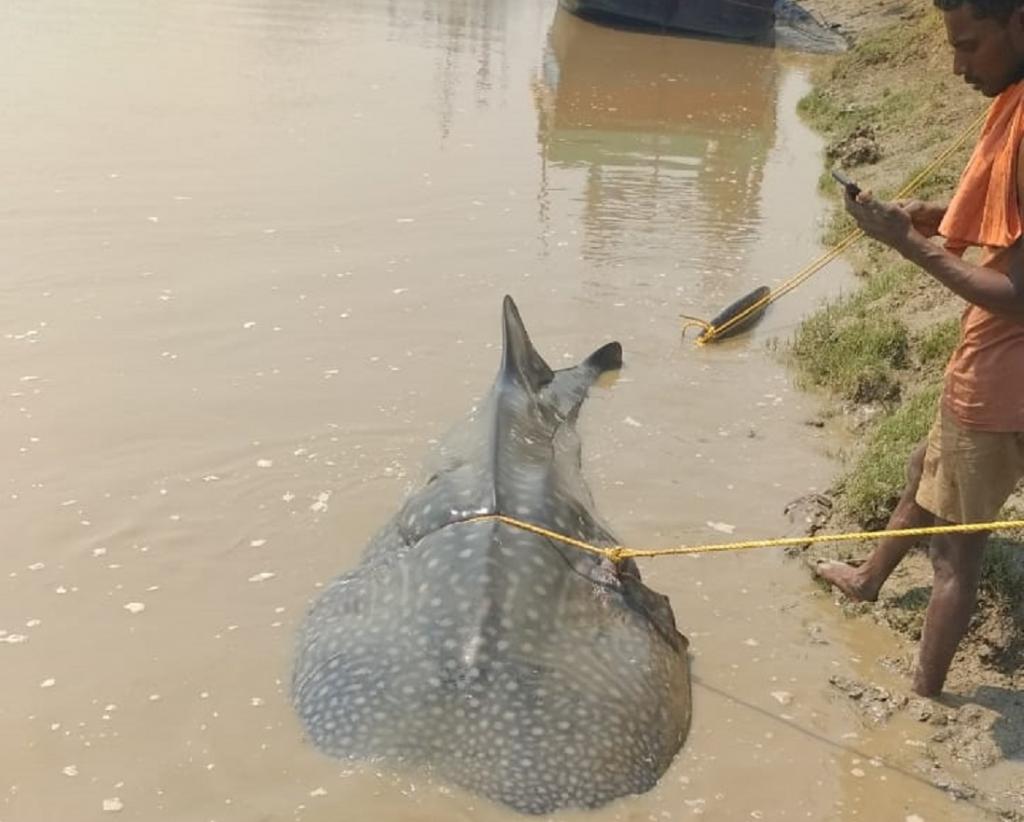 The whale shark caught in the net at Gopalpur in Odisha. Photo: Ashis Senapati

Fishers in Odisha rescued a whale shark for a second time in a week in Odisha March 5, 2021, according to officials.

Some marine fishermen from the Srijanga village in the state’s Balasore district were pulling ashore a net near the fishing jetty at Gopalpur when they saw the whale shark entangled in it.

The fishermen gathered around the net and carefully freed the 10-feet-long animal, which then returned to the sea, Ananta Kumar Jena, the assistant fisheries officer of the district said.

Fishers had freed a 15-foot-long whale shark February 25 after it was found stranded on a beach in Odisha’s Ganjam district.

The Odisha coast is very important for marine megafauna like turtles, whales and sharks. The dotted whale shark is the largest fish in the ocean and often called ‘Gentle Giant’ in fishing parlance.

The sub-adult whale shark may have been looking for food when it got caught in the net as this is the anchovy season, Sajan John said. John is a noted wildlife researcher from non-profit Wildlife Trust of India who is working for the conservation of whale sharks on the Gujarat coast the last 17 years.

Whale sharks are a protected species under the Wild Life (Protection) Act, 1972 and also part of the International Union for Conservation of Nature’s Red List.

The whale shark is a ‘filter feeder shark’ which means it does not eat meat like other sharks. Whale sharks filter sea water and feed on tiny planktons.

Accidental entanglement in fishing nets is a major threat to this animal. Whale sharks have no commercial importance. However, fishers illegally extract their fins and livers, added John.

The Gujarat Forest Department started a compensation programme in 2005, paying Rs 25,000 for every net damaged by a whale shark. The Odisha government should likewise compensate fishers so that they become saviours of the sharks, Prasan Behera, the president of Odisha Traditional Fish Workers Union, said.