Citizen scientist with no experience make accidental discovery in Karnataka; collaborates with scientists to write paper 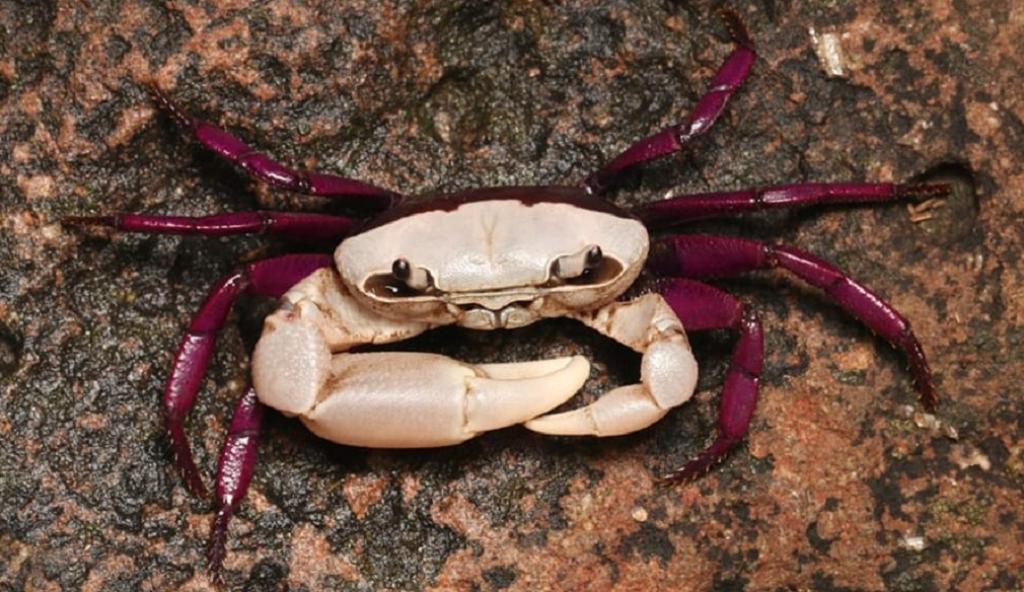 An distinctively coloured crab species has been discovered in the Western Ghats by a forest guard and a group of researchers. Interestingly, the guard who came across it first didn’t have any research or scientific writing experience.

The crab has been named Ghatiana dvivarna sp nov, said the paper published in international journal Nauplius by Brazilian Crustacean Society. The freshwater species was first spotted in Uttara Kannada district in Karnataka.

The crab’s name is derived from the Sanskrit word ‘dvivarna’, which means bicolour, as the crustacean has a white body and claws and “red-violet” legs.

“I was accompanying my friend Gopalkrishna Hegde when I came across the crab. It had peculiar characteristics, so I was sure I hadn’t come across it earlier,” said Parashuram Bajantri, a forest guard at the wildlife range. Hegde is a naturalist and an independent researcher.

Bajantri took a picture of the crustacean and shared it with Varad Giri, the head scientist at Reliance Foundation, a non-profit. “Giri checked the photos and said it was likely a new species,” he said, adding that the scientist told him the species needed to be explored scientifically.

A year later, the paper was published August 2022, announcing the new species.

Bajantri had no experience as a researcher or in scientific writing before this and came across the two-toned crustacean species by accident. “I was looking for a saw-scaled viper from the region,” he said. “Hegde suggested I check deeper forest areas near laterite rocks when I spotted the crab near a waterbody.”

The real challenge was in writing the paper, Bajantri added. “Giri helped me connect with researchers from non-profit Thackeray Wildlife Foundation. I spoke to zoologist Sameer Pati and environmentalist Tejas Thackeray who helped me write the paper,” he said.

The forest guard learnt the research process and went back to the site to study the habitat, collect ecological data about its eating habits and reproduction cycle, and identify genders and other animal characteristics. The scientists then collaborated on the paper.

The forest guard is a classic example of a citizen scientist, Giri told Down To Earth. “The discovery shows that India’s biodiversity is yet to be explored and indicates many aspects of sciences that are significant,” he said.

“Citizens can play a major role in filling the gap with their curiosity. Describing a species is not easy as it requires certain discipline and skills. But with some support, it can be done. Examples like Bajantri give confidence and encourage others to contribute to the science field,” he added.

Discovering a new species adds to the importance of a geographic landscape, said Hegde. “The Western Ghats are known for endemic snakes, reptiles, insects, geckos, scorpions and other species. Finding the new crab species shows the increasing need to protect and conserve such unique habitats,” he added.