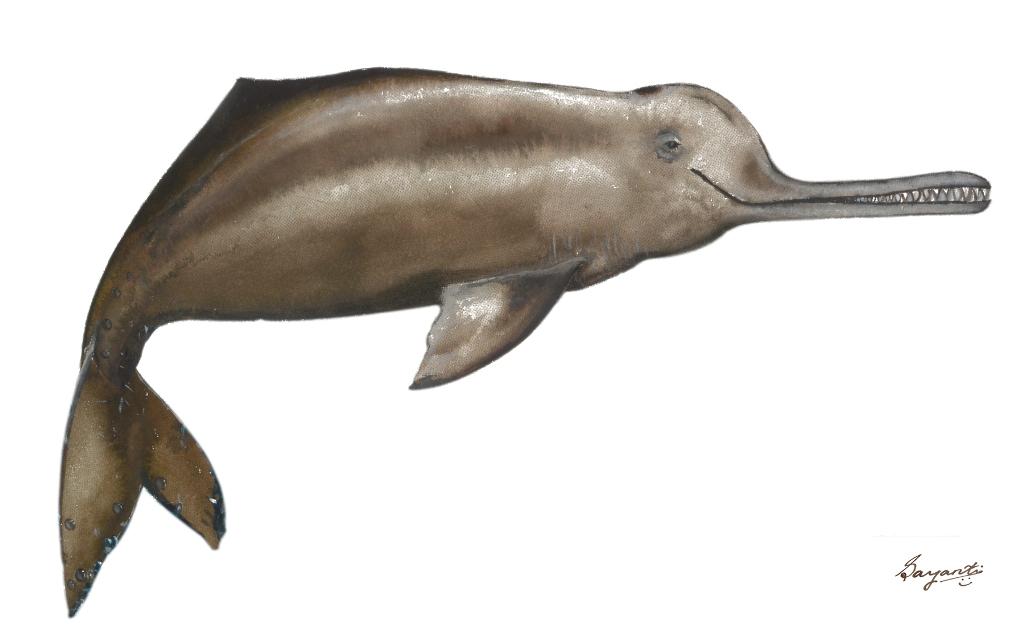 Gangetic dolphins, found in the Brahmaputra, suffer from habitat destruction and are traded for their flesh and oil (Photo provided by NGO HelpEarth)

Guwahati in Assam has become India's first city to declare its official mascot, naming Gangetic dolphins as the city animal. The move is directed towards generating mass awareness and highlighting conservation concerns in the urban biodiversity of Guwahati.

Three animals which are on the verge of extinction were considered for the title of city animal: black softshell turtle, greater adjutant stork and the Gangetic river dolphin. The turtle faces extinction risk due to habitat destruction and trade for its flesh and eggs. The global population of the stork is less than 1,200. The Gangetic dolphins, found in the Brahmaputra, also suffer from habitat destruction and are traded for their flesh and oil. They often get caught in gillnets and fishing hooks along with other fish.

The city animal was selected through a voting process conducted both online and offline which started on March 7 and went on for a period of three months, ending on June 5.

Voting booths were installed in the premises of the Office of District Commissioner, Kamrup (Metropolitan) to ensure maximum participation. Information related to voting procedure was also put up in public places. Students from 76 schools and colleges across Guwahati participated in the offline voting process.

The Gangetic dolphin, called Xisu, emerged as the clear winner with 24,247 votes, followed by greater adjutant stork (18,454 votes) and black softshell turtle (17,302 votes). In all, 60,003 votes were received during the entire campaign.

Jayaditya Purkayastha, general secretary of HelpEarth, an NGO which worked closely with the local authorities on this campaign, said "The key rationale behind was to raise awareness and conserve urban biodiversity. With due respect to tigers and rhinos, I feel that the organisms living around us are equally important if not more. Tiger and such other animals live in protected areas, where a common man has restricted access, thus a common man has very little to offer in terms of protection. But a common man’s effort can go a long way in protecting urban biodiversity."