How did elephants evolve such a large brain? Climate change is part of the answer

The evolutionary history of elephants is interesting. It parallels humans’ in many ways 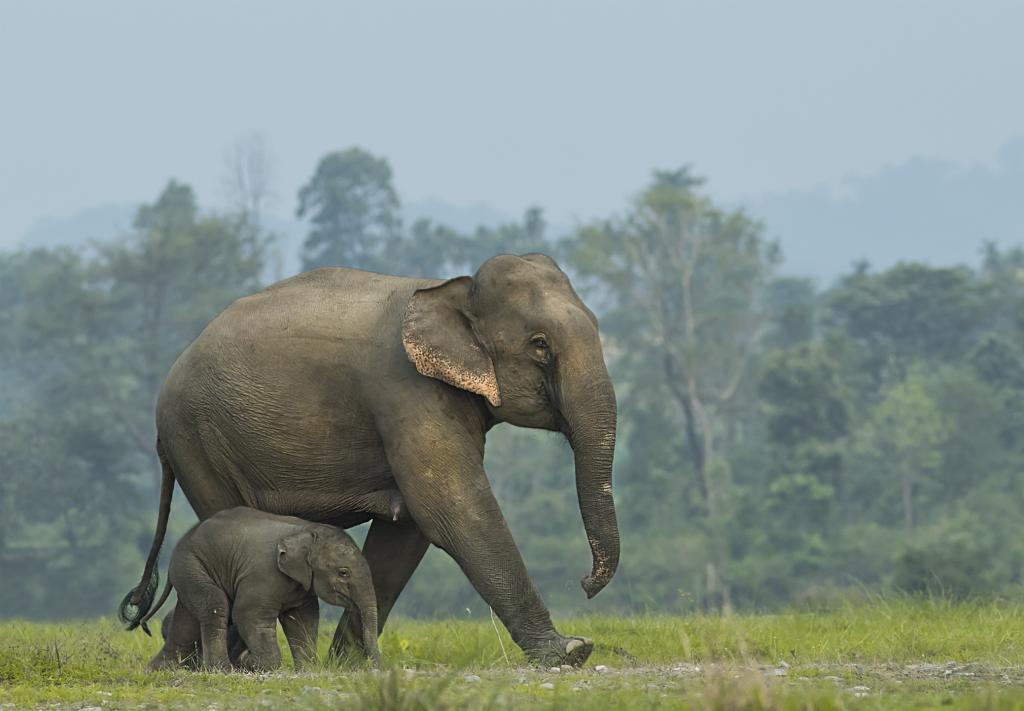 Elephants have long captivated our attention, partly because of their sheer size and majesty. But we’re also struck by their complex behaviour. In some ways, we’re fascinated because this behaviour echoes our most humane feelings. For instance, elephants have repeatedly been observed using tools and grieving their dead.

Their evolutionary history is interesting, too. It parallels humans’ in many ways. Elephant ancestors originated in Africa, just like ours. Their descendants, among them mammoths, went out of Africa to inhabit other continents. And in the process they evolved the largest brain of any land animal. It weighs around 5 kg, while our own brains weigh 1.4 kg.

But what drove this particular element of elephant evolution? Even though the fossil record of elephant ancestors is rich — with almost 300 species described — we simply haven’t known the answer for a long time. From the earliest species with small brains to the modern elephants with large brains, there was an almost 30 million-year-long gap in our knowledge.

Now, thanks to cutting edge scanning techniques and state of the art statistical reconstruction of ancestral features, we have the answer. A team of scientists from South Africa, Europe and North America — including us — have spent six years reconstructing the first accurate time line of brain evolution in the elephant lineage. The results of this international collaboration have been published in Scientific Reports.

And the answer to this longstanding question? Climate change is a large part of it. A shift in climate, along with other environmental disruptions and the invasion of competitors and new predators all likely played an important role in reshaping ancient elephants’ brains. Knowing this not only solves a long standing scientific mystery. It also means we’ve got a way to understand how modern species might adapt to the current climate crisis.

Our survey revealed that brain size in ancestral elephants increased in two pulses, approximately 26 and 20 million years ago. The encephalisation quotient (a measure of relative brain size corrected for body size) doubled during each pulse. This transformed the small brain of early elephant relatives into a large brain comparable in every way to that of modern species.

Noticeably, these two pulses of growth in brain size correspond to periods of substantial environmental disruptions in Africa. Some 26 million years ago, Antarctica was frozen for the first time, which caused a global aridification of the climate. Africa’s dense rain forests turned into savannas and deserts.

The climate then changed again about 20 million years ago to revert to a warmer and wetter African environment. This climatic instability was supplemented by the appearance of a landbridge between Asia and Africa.

Before 20 million years ago, Africa was indeed an isolated continent. But because of continental drift it eventually collided with the Levant (the area encompassing modern day Palestine, Israel, Lebanon, Syria, Jordan and Iraq), enabling the invasion of rival herbivores and new predators from Asia. The invasive fauna included the ancestors of modern-day lion, zebra, rhinoceros, hippopotamus and antelopes. The Great Apes did not exist yet. Some large species died out during this time; the most famous is Arsinoitherium, a rhino-like relative of elephants.

Read more: How we learned that sea cows are more African than lions

Ancestral elephants had to adapt or go extinct. At that time, they were still relatively small animals, the size of a tapir, with a short trunk only. We hypothesise that a bigger brain enabled more behavioural flexibility: to be more exploratory, to migrate to look for food, to cope with a wider variety of diets (leaves, fruits, grass), and to remember the location of distant waterholes during dry periods, for example. A larger brain may have helped them outsmart competitors and avoid predators.

Elephants were also helped by the fact that they became so big. Being large opens up a whole new world of advantages: it deters predators and when food resources and water are scarce, a large body can store more fat and water, and a larger gut can digest food more efficiently.

We found that brain size co-evolved tightly with body size in the elephantine lineage. This suggests that the evolution of a big body is not completely independent from a large brain. The elephant’s large brain likely evolved, not only for more behavioural flexibility, but also hand in hand with their large body. This is a cautionary tale about interpreting brain size only in the light of retrospectively applied conjectural needs for greater intelligence.

Simply put, when it’s found that a given lineage’s brain size increased, people jump to the conclusion that this is because the lineage needed to become smarter to survive. But we must not forget that brain size is correlated to many other variables: body size is one example. Gestation length is another (more time in the womb equals a bigger brain). Usually, people think these are side effects of a larger brain, but what if a larger brain was actually the side effect of a bigger body mass? What if natural selection was acting on body size only, and brain size was just a passenger?

Answers to these questions are still pending. But as our work progresses, the picture gets clearer. Thanks to our research it is now evident that environmental disruptions, including changes in climate, and the invasion of competitors and new predators, played an important role in re-shaping the brain of ancestral elephants and their behaviour.