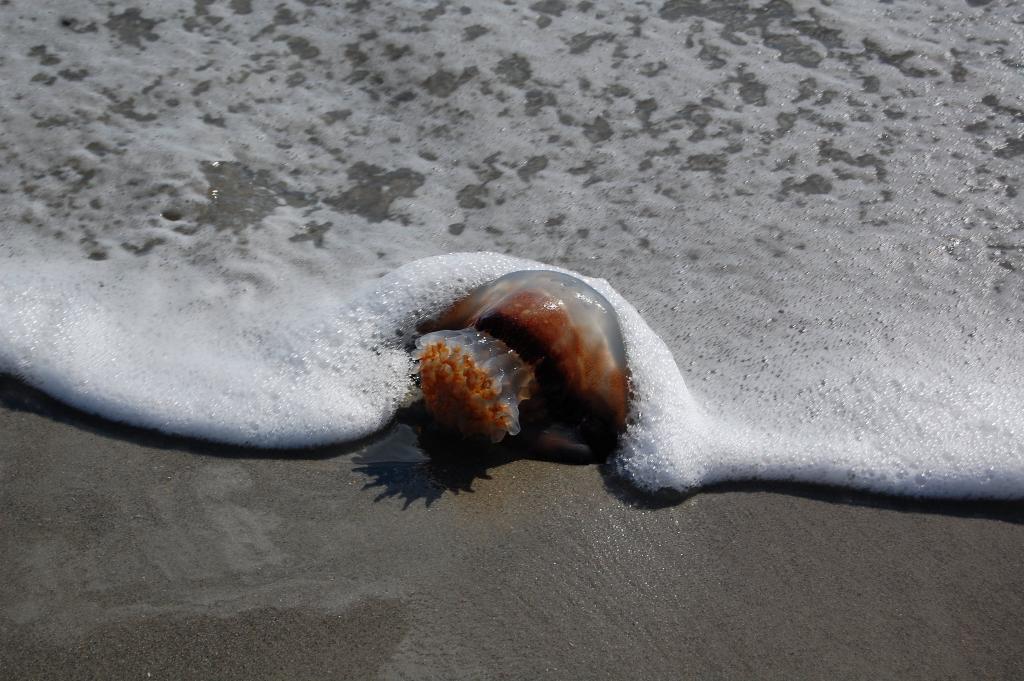 Scientific community is divided over whether there really has been a sustained global increase in jellyfish numbers Credit: Joanna Lee Osborn/Flicker

When is a jellyfish plague not (necessarily) a jellyfish plague? When time-poor scientists selectively cite the literature to make it look like the oceans are flooded with jellies – even when it’s far from clear that they really are.

What does scientists being in a rush have to do with jellyfish populations? Let’s start from the beginning.

The identification of patterns and trends in nature happens through the accumulation of consistent observations, published in scientific reports. Once observed, the emerging patterns are usually reported in narrative reviews, which often stimulates a flurry of research activity in that field.

Eventually, the purported patterns are formally tested using “meta-analyses” of the published literature, to either confirm the pattern and establish it as theory, or refute it.

This path from the primary observations to theory can be traced through a network of citations.

Science, however, is done by humans and citation practices are subject to errors of bias and accuracy. Citation practices that are biased in a particular direction have the potential to lead to the identification of false patterns and flawed theory.

In the 1990s and 2000s, reports began to appear in the scientific literature of increased jellyfish populations in some parts of the world’s oceans. Various reviews reported the possibility that jellyfish blooms might be increasing globally. Over time, these became increasingly assertive about the existence and extent of the trend, until researchers were asking what to do about the increasingly “gelatinous state” of the oceans worldwide.

So, in reality, the scientific community is still divided over whether there really has been a sustained global increase in jellyfish numbers.

We wanted to know whether the perception of a global increase in jellyfish blooms was at least partly due to poor citation practices in the scientific literature. Our research, published in Global Ecology and Biogeography, suggests that it was.

Citation practices can be flawed in several ways:

We comprehensively searched the literature for papers, published before the two meta-analyses, that issued statements regarding trends in jellyfish populations. We classified each statement according to its affirmation and direction (that is, whether it said jellyfish are “increasing”, “may be increasing”, “decreasing”, or “not sure”), as well as their geographic extent (global, multiple regions, or one region).

We then assessed the papers cited as evidence of the statement, to see whether the citations were accurate or whether they fell into one of the categories of flawed citations outlined above.

Most concerning was that only 51% of papers cited were considered to provide unambiguous support for the statements made by the authors. Almost all statements based on unsupportive citations were those claiming that jellyfish were increasing globally (despite the fact that it would have been impossible to make any claims about global trends before the first global meta-analysis was published in 2012). And in all cases, selective citations were biased towards claims that jellyfish populations were increasing.

Pressure to publish in prestigious journals and win research funds may lead some scientists to make claims that reach beyond the evidence available. In most cases, however, citation errors are not overt attempts to distort the evidence. Rather, they probably arise because increasing academic workloads reduce the time available to evaluate papers accurately and to keep abreast of the almost exponential increase in the volume of literature being published.

As scientists, we need to ensure that our claims are always supported by robust evidence because it is apparent that poor citation practices – and, in particular, selective citation of the literature – can distort perceptions within a research field.