In the dark, freezing ocean under Antarctica’s largest ice shelf, we discovered a thriving microbial jungle

Everywhere we look, we find microbial communities making use of whatever energy source is available, creating the foundation for all of Earth’s ecosystems 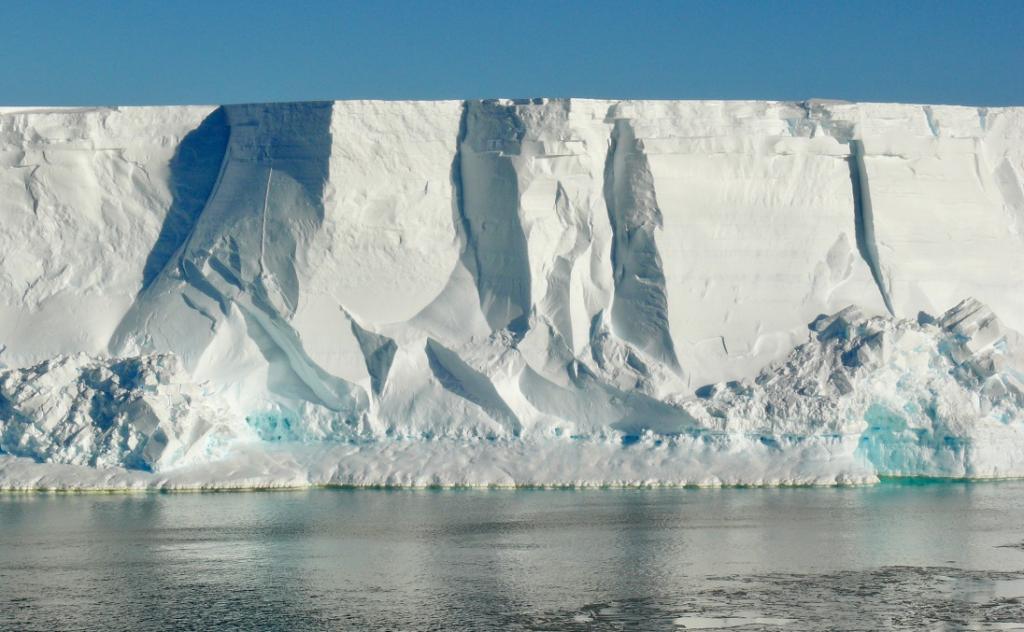 Antarctica represents one of the last frontiers for discoveries on Earth. Our focus is on what lies beneath the Ross Ice Shelf, Antarctica’s massive wedge of floating ice that shelters the southern-most extension of the Southern Ocean.

This ice-covered cavity contains an ocean nearly equal in volume to the North Sea. But here, ice forms a permanent, impenetrable canopy over a completely dark and cold (around -1.9℃) environment.

As part of a multi-disciplinary research project to explore this under-ice world, we discovered a thriving microbial community, distinct and well adapted to survival without light and without the organic material that rains down in the open ocean.

Instead, this food web is built on inorganic nitrogen and sulfur compounds as sources of chemical energy. Microbes use these alternative energy sources to fix dissolved carbon dioxide into complex organic molecules and biomass which in turn fuel this underwater world.

Our discovery echoes back to the earliest hints of microscopic life under the ice, first recognised during the 19th-century voyages of James Clark Ross, after whom both this southern-most ocean and the ice shelf are named.

During the summers between 1840 and 1842, crews aboard the HMS Erebus and HMS Terror dodged icebergs, managed fickle winds and chipped frozen sea spray from their rigging and decks as they pushed southward through the Ross Sea. Their aim was as straightforward as that of Polynesian voyagers who preceded them centuries earlier: discovery.

Captain Ross’s voyage of discovery and research intended to find and explore the southern-most limit of the ocean. Everywhere – from icebergs, mud from the seabed and even the guts of larger organisms – they found evidence of microbial life.

The remains of microscopic animalculae […] countless myriads of an entirely new and minute form of organic life.

For Captain Ross, the vast floating extension of the continental ice sheet, now called the Ross Ice Shelf, was a barrier his ships could not overcome. Today, we can pursue the ocean farther south, traversing the ice surface in tracked vehicles and using purpose-built drilling systems to pierce the icy lid on a largely unexplored ocean.

Mystery of life under the ice

Elsewhere, marine ecosystems are fueled primarily by photosynthetic organisms that use sunlight to turn nutrients in the water into biomass. At depths where sunlight does not reach, sinking organic particles transfer carbon and energy in a process known as the biological carbon pump.

But under the cover of the ice shelf, there is no rain of organic particles from above. And once water flows into the sub-ice ocean cavity, it can take up to five years for it to see sunlight again. Yet, when scientists first observed this environment in 1977, they found microbes, amphipods and fish.

The analytical methods of the day were limited, leaving the question of whether what they had found constituted a functioning food web unresolved. Our team’s recent expedition cracked the mystery wide open.

In December 2017, as part of a large interdisciplinary project, drillers from Victoria University of Wellington Te Herenga Waka used a hot-water drill to melt a 30cm-wide borehole through the 360m-thick central region of the Ross Ice Shelf (at about 80.7S, 174.5W), some 300km from the open ocean. We used this unique point of access to sample microbial life in the ocean cavity.

Revealing what is hidden

We didn’t know how abundant the microbial community would be, but expected ocean conditions at different depths to be important. To ensure we collected enough biomass, we lowered a battery-powered filtration pump through the borehole into the frigid environment below.

Sample collection was a waiting game. We worked through the night to slowly pump hundreds of litres of water though a filter paper at the centre of the pump. Each filtration was repeated three times, at depths of 30m, 180m and 330m from the base of the floating ice, spanning the whole water column between the ice shelf and the ocean floor.

The chamber holding the filter paper had to be carefully prized open every time, as a thin film of water froze when the pump hit cold air. Residual liquid water was siphoned from the pump as a “fresh” water sample.

While the filter paper samples could be frozen, the liquid water had to be flown as quickly as possible to the closest lab, 400km away at Scott Base. Poor visibility meant no flights for nearly three weeks, and eventually, we decided to drive — in a marathon 24-hour, 20km/hour crawl across the ice shelf in a Hägglund tracked vehicle.

Once safely back in our labs, we shared samples with colleagues in Austria, New Zealand, Spain, Australia and the US. They used an array of cutting-edge genomic techniques and biogeochemical measurements to identify what microscopic organisms live in the ocean cavity, where their energy is coming from and what they do with it.

Our efforts shed light on microbes with great metabolic flexibility that allows them to scavenge energy from multiple sources, and in doing so sustain a complex food web living in total darkness.

Antarctica is surrounded by 1.6 million square kilometres of ice shelves, each with its own microbial community. Together they represent a significant source of unaccounted energy and carbon.

Everywhere we look, we find microbial communities making use of whatever energy source is available, creating the foundation for all of Earth’s ecosystems. Just as Captain Ross anticipated 180 years ago, understanding life in this remote system helps us make sense of life everywhere else on Earth.