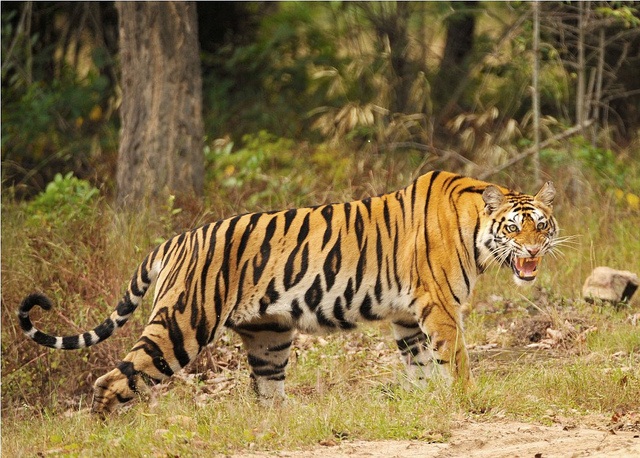 The International Union for Conservation of Nature (IUCN), in its latest report, has pointed out that India lost 41 per cent of tiger habitat in the past 17 years.

The IUCN Red List of Threatened Species report says that the tiger’s extent of occupied area is estimated at less than 1,184,911 km², a 41 per cent decline from the area estimated in 1997.

“India suffered the most range contraction. While part of the difference is due to improved data after a decade of intensive tiger conservation efforts and improved datasets and techniques, biologists consider the primary cause to be declines due to poaching and habitat loss,” the report reads.

It further goes on to add that the range decline is considered a strong indicator of population decline. “Because an average of 55 per cent of Tiger Conservation Landscapes consists of non-tiger habitat, the declines in population and area of occupancy are greater than the 41 per cent estimated, and thus, likely indicate a 50 per cent or greater reduction,” the report states.

The range decline is attributed primarily to poaching pressure. Expressing concern over the dwindling number of tigers, the report warns that a similar decline could be expected over the next three tiger generations (20-30 years), unless something is done to scale up conservation efforts.

The survey has also found a decrease in the tiger range of 12.6 per cent in connecting habitat corridors from 2006-2010.