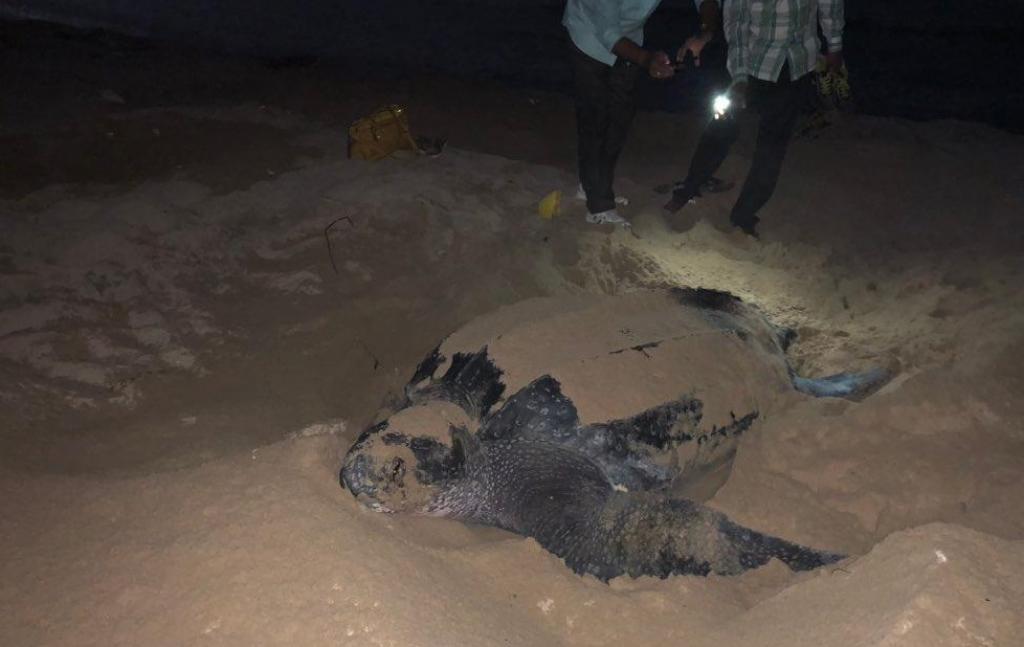 Turtle researchers have banded together to launch a signature campaign against the NITI Aayog’s plans to develop two islands in the Union Territory (UT) of Andaman and Nicobar. They say the islands’ rich biodiversity will be greatly affected if the plans reach fruition.

The campaign has been launched under the leadership of the Students’ Sea Turtle Conservation Network (SSTCN), Chennai, to oppose the plans for Little Andaman and Great Nicobar islands.

The islands provide nesting sites for leatherback turtles and are also home to indigenous peoples like the Shompen and the Onge.

“We have written to a number of Union government officials in the environment ministry, the Lieutenant Governor of the UT as well as forest officials,” Arun Venkataraman of SSTCN, who is leading the signature campaign, told this reporter.

The Aayog, a government think tank, has been entrusted to ensure the ‘holistic development’ of the Andaman and Nicobar Islands according to the annual report of 2020-2021. A total of four islands in the UT were identified for holistic development in the first phase.

To replicate the success of the first phase, 11 more sites / islands were selected for the second phase. Another package for the Great Nicobar Island was recently launched.

Exemplary tourism projects worth Rs 1,500 crore, including island resorts, water villas (India’s first) and luxury tents and tree houses have been planned under the PPP mode. Bids are at the final stage of completion.

To promote ease-of-doing business, the first-of-its-kind, fast-track regulatory clearance process was adopted, facilitating coastal regulation zone, environment, forest, and other clearances to developers upfront and along with the project award.

The UT is now digitally connected through submarine optical fibre cables with mainland India, facilitating the growth of information technology, the report said.

The expansion of an international airport in Port Blair is nearing completion. An airport has been proposed for Great Nicobar. A joint-user airport has been constructed in Diglipur, North Andaman and is ready for operation. As many as four islands were identified for seaplane operations in Andaman under UDAN-III, according to the report.

Both, Little Andaman and Great Nicobar host vital and important nesting grounds for leatherback turtles, being one of the few global hotspots in India.

Arun Venkataraman and other turtle researchers’ letter, a copy of which is with this reporter, noted:

Within Little Andaman Island, there are two leatherback nesting beaches at South Bay and West Bay. Both sites are part of ongoing marine turtle research projects for the past 14 years, set up in 2008 by the Andaman Nicobar Environment Team, Dakshin Foundation, Bengaluru, Indian Institute of Science, Bengaluru and the forest department.

These long-term projects provided evidence that the number of turtles nesting here was significant, it added. This information, paired with satellite telemetry research, had revealed migration patterns of leatherback turtles travelling across the Indian Ocean every year.

This made these nesting sites globally significant and internationally important for marine ecological health and global leatherback numbers in the Indian Ocean and the Western Pacific Ocean, the letter added.

The National Marine Turtle Action Plan released February 1, 2021, has listed Galathea Bay as one of the ‘Important Coastal and Marine Biodiversity Areas’ and ‘Important Marine Turtle Habitats’ in India.

It was also classified as an Ecologically Sensitive Area under the Coastal Regulation Zone -1 with maximum protection.

The Galathea Bay wildlife sanctuary has been denotified by the Standing Committee of the National Board for Wildlife, at its 60th meeting January 5 under the chairmanship of Union Environment Minister, Prakash Javadekar for the “construction as well as operational phases of the International Shipment Project”.

The scale of the project and the investment proposed could signal the end of a crucial leatherback nesting site and the ecological richness of the last remnants of untouched tropical forests and marine ecosystems in India, the letter said.

Galathea is also part of a UNESCO World Heritage Site, houses a range of forest types and has one of the best preserved tropical rainforests in the world.

It is home to 648 species of flora and hosts 330 species of fauna including rare and endemic ones such as the Nicobar wild pig, Nicobar tree shrew, the Great Nicobar crested serpent eagle, Nicobar paradise flycatcher and the Nicobar megapode. It is also home to the indigenous Shompen community.

In Great Nicobar, the proposed extent of the island to be worked on amounts to nearly 18 per cent of the 910 square kilometre island and will cover nearly a quarter of its coastline. The overall plan envisages the use of about 244 sq km — a major portion being pristine forest and coastal systems.

In Little Andaman, the proposed sustainable development of the virtually untouched island has sought the de-reservation of over 200 sq km of pristine rainforest and also of about 140 sq km of the Onge Tribal Reserve, the letter noted.

In a time of global ecological destruction, ethically, it is in our hands to protect and conserve what little treasures remain, especially when the value of these islands and beaches have been recognised for decades by both the government and by science.

“We are shocked to know about the proposed projects in the islands which are the nesting site of leatherback turtles. We have signed the petition,” Rabindranath Sahu, the secretary of Rushikulya Sea Turtle Protection Committee, Odisha, said.