This is the 8th dolphin death in Odisha in 8 months 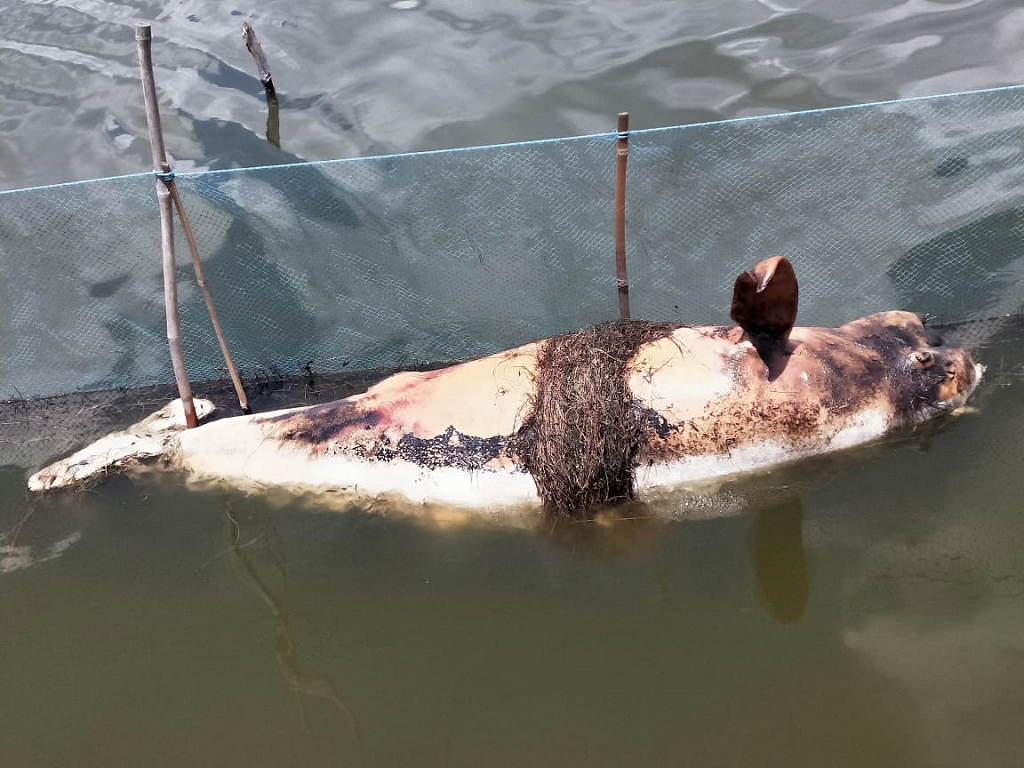 A six-foot-long Irrawaddy dolphin, an endangered species, was found dead in Odisha’s Chilika Lake August 31, 2021. The carcass, enmeshed in a fishing net, was discovered by locals near Kumarpur village within Rambha range in Chilika Lake.

“The dolphin might have died after being trapped in an illegal mosquito or fish net,” said Muntaz Khan, a dolphin researcher and assistant professor in the zoology department in Kalahandi University, Bhawanipatna.

Veterinary officials have conducted a post mortem to determine the cause of death and the report is due, said Sarat Mishra,   assistant conservator of forest, Chilika  Lake.

Irrawaddy dolphins fall under Schedule I of the Indian Wildlife (Protection) Act, 1972 and mentioned in the International Union for the Conservation of Nature (IUCN) Red List of Endangered Species.

This is the eighth dolphin death reported from the state in eight months and has shocked wildlife lovers and forest officials.

The body of a female spinner dolphin (Stenella longirostris) had washed ashore in Paradip port beach in July 2021 and another carcass of the same species was discovered June 30 at Paradip beach.

Dead Irrawaddy dolphins were found floating in the seawater near Konark’s Chandrabhaga beach in Puri April 8, in the Chilika lake June 6 and 10.

The carcass of a Gangetic Dolphin was caught in the net of a fisher in Bhadrak district February 17. A bottlenose dolphin was found dead April 22 on the Puri beach.

At present, the Irrawaddy dolphins are only found between Chilika and Indonesia in Asia, a forest officer said.

Around 250 private boats operate in the Chilika Lake that make a lot of noise and harm the marine ecosystem, said Jayakrushna Panigrahi, secretary of Odisha Environmental Society. Dolphins are slow-moving and prone to injuries on collision with propellers of boats, he added.