Irrawaddy dolphin on brink of extinction in Myanmar

Despite their deep bond with local fishermen, the aquatic animal may go extinct in the region due to illegal activities 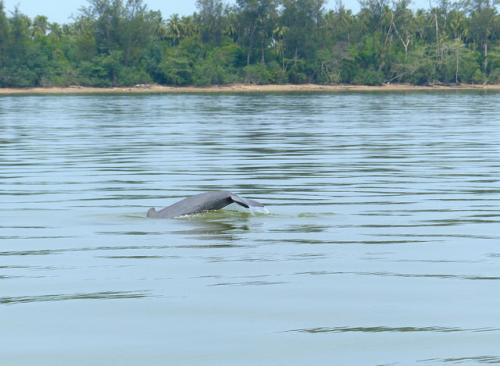 The “smiling” Irrawaddy dolphins, which are a unique example of co-existing symbiotically with humans, are on the brink of extinction in Myanmar, as per a latest report.

The species has been loved by fishermen, through generations, for driving fish to their nets. The dolphins are reportedly being killed by gangs who use car batteries to shock them. Despite their deep bond with local fishermen and tourist attraction, the aquatic animal may go extinct in the region due to these illegal activities.

Because of these killings, the fish’s relationship with locals is also deteriorating. As per a media report that quotes a fisherman from the region, who said that earlier the fish would appear whenever they called but do not come close to them now.

In October last year, the population of the fish shrunk by 50 per cent in Laos, leaving them functionally extinct. Only three individuals from the species were left in southern Laos and northern Cambodia, as per a WWF survey. The global non-profit said that the situation was irreversible.

The Irrawaddy dolphins are rated “vulnerable” by the IUCN Red List. They reside in eastern parts of Indian ocean, including the Bay of Bengal and western central Pacific ocean. Its home countries include India, Bangladesh, Myanmar, Indonesia and other south Asian nations. Human activities such as fishing, mining pollution and river damming are considered to be major threats to the species.

In 2014, an oil spill in Bangladesh near an dolphin sanctuary harmed their populations in the region.