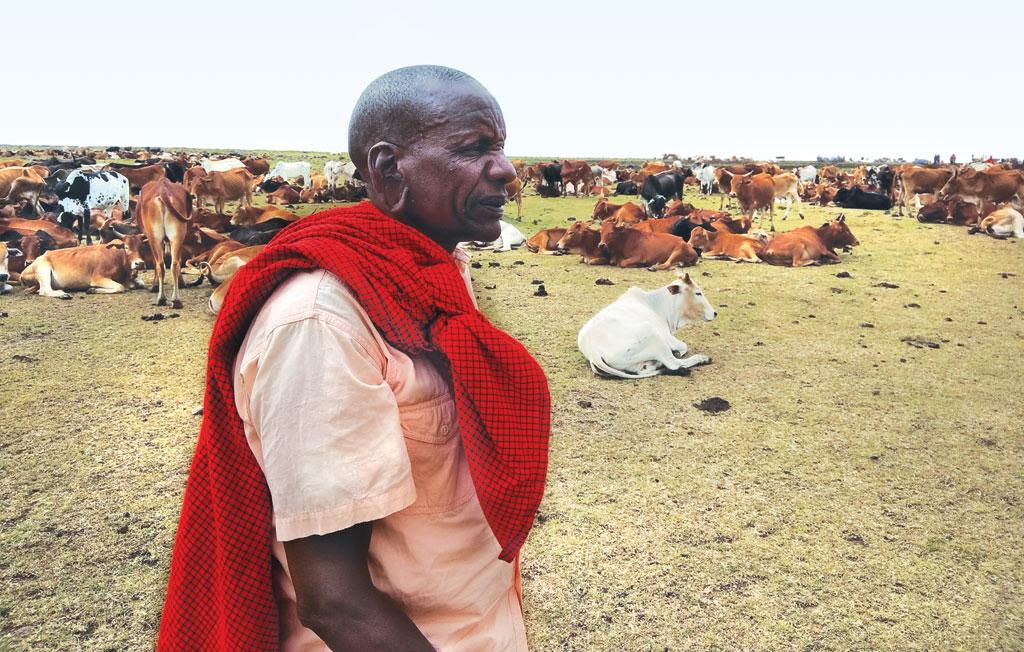 African lions, which were once the pride of the spectacular landscapes of Maasai Mara in Kenya, are fast vanishing. The country is losing about 100 lions each year for the past decade. In 2002, there were 2,749 lions, which dwindled to roughly 2,000 in 2014, says the government-run Kenya Wildlife Service (KWS). “About 20 years ago, tourists could encounter more than 250 adult lions, but you will be lucky to come across 120 today,” says Nick Murero, chairperson of the Narok Wildlife and Environment Forum (NWEF), a non-profit based in Narok, Kenya. At this rate, it is projected that lions would be extinct within the next 20 years.

The threats are many. For one, their habitat is shrinking—the savannah grass-lands have shrunk by 75 per cent since 1990s due to massive human encroachment, estimates NWEF. At the same time, human population too has grown exponentially—three times in the past three decades. This has triggered humanlion conflicts.

In 2012, six lions, including two adult lionesses, two young adults and two cubs, were killed by a mob after they invaded a settlement in Kitengela on the outskirts of the Nairobi National Park. The park is only partially fenced. In fact, fencing has increased the conflicts. “Fencing is not Maasai culture,” says Saimon Liaran, a Maasai pastoralist, who lost 10 of his cattle on August 31 this year to lions.

On July 26, 2017, lions killed 20 cattle grazing outside the protected area. Pastoralists are now increasingly seeking revenge when lions kill their cattle, as this affects their livelihood. A cow in Kenya costs US $1,000. “Humans are encroaching the wild animals’ territory which has increased territorial fights among lions,” says Muchioih Francis of KWS. Lions live in groups and in a marked territory. Whenever there is encroachment, there is a tussle.

In the late 1970s, the Kenyan government changed the land tenure system and, in the process, they displaced the nomadic pastoralist tribes who were engaged in livestock rearing. This decision divided vast open communal lands on which communities used to graze their cattle. So the vast savannah grasslands turned into small fenced pockets. “This changed the Maasai Mara for good,” says Joseph Oyango, farm manager of Narok Pastoralist Training Center (NPTC), a government organisation. 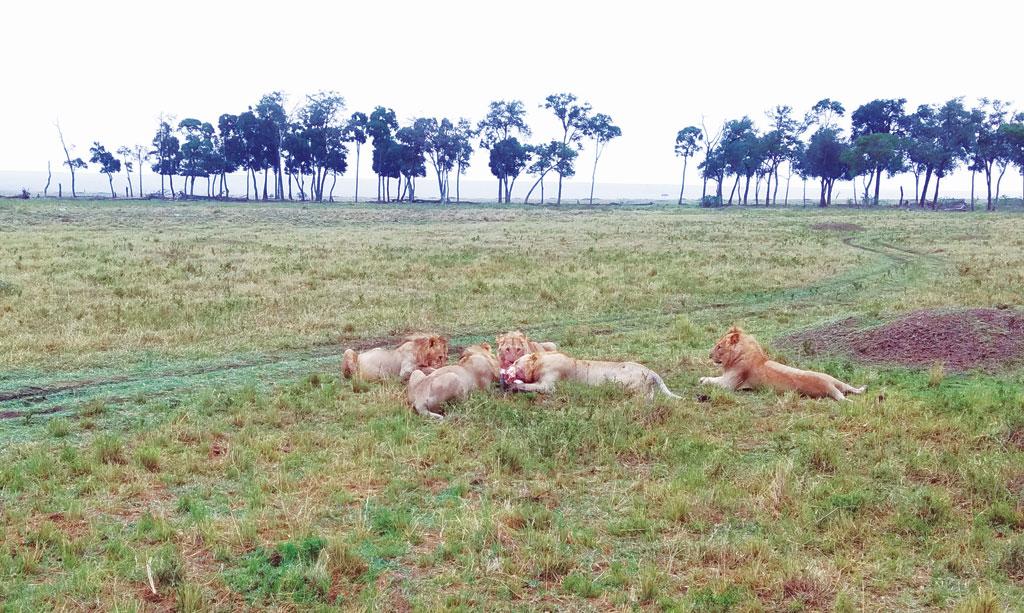 Pasture lands got converted into agricultural fields, settlements and roads. This created new problems for nomads to graze their cattle. So they started driving their cattle into protected zones and conflicts became inevitable. Local communities have also found new ways to keep lions out of their settlements—poisoning the lions. In 2010, more than a dozen lions were killed through poisoning in the Maasai Mara National Reserve. Pastoralists blamed the killing of lions for devouring their livestock.

Living With Lions (LWL), a Nairobi-based non-profit engaged in the conservation of lions, has evidence of over 50 lions being poisoned in their area of study—Laikipia area—and at least 68 in the Kilimanjaro study area since 2001. One of the ways they poison the lions is when lions kill a large animal like a cow, they eat only parts of it and return the next night to finish the carcass. Livestock owners have learned that the universally available agricultural pesticide, carbofuran—marketed as Furadan— is lethal to predators. They need to sprinkle only a few cents worth of carbofuran on the carcass and any mammal or bird which feeds on it will die.

The future of African lions does not look bright. Even today, local herders drive thousands of cattle into the Maasai Mara National Reserve, a protected area, after tourists retire to their hotel rooms every night, putting them in direct conflict with the lions.

The trend is not restricted to Kenya. According to the Africa Wildlife Foundation, there has been a 42 per cent decline in population of lions in last 21 years. In fact, lions have been declared extinct from 12 African countries. They are now confined to only a few countries in the sub-Saharan region.

“Until recently scientists believed that there were 100-200,000 lions living in Africa, but current information suggests that the number has dropped dramatically to approximately 30,000. Most of these are in protected national parks or managed hunting areas, but elsewhere lions are being killed at an alarming rate. Unless urgent action is taken, they may be completely wiped out from the unprotected areas lying between parks,” states a report of LWL.

Earlier, Maasai used to kill lions to prove their bravery among the community, which is also known as trophy hunting. But this practice almost stopped when the Kenyan government started enforcing stringent laws since 1976. The International Union for Conservation of Nature categorised lions as vulnerable in 1996. It was rare when the tribal communities used to collectively kill the lions. Now it has become the norm.

(This article was first published in the December 16-31 issue of Down To Earth under the headline 'The fading roar').