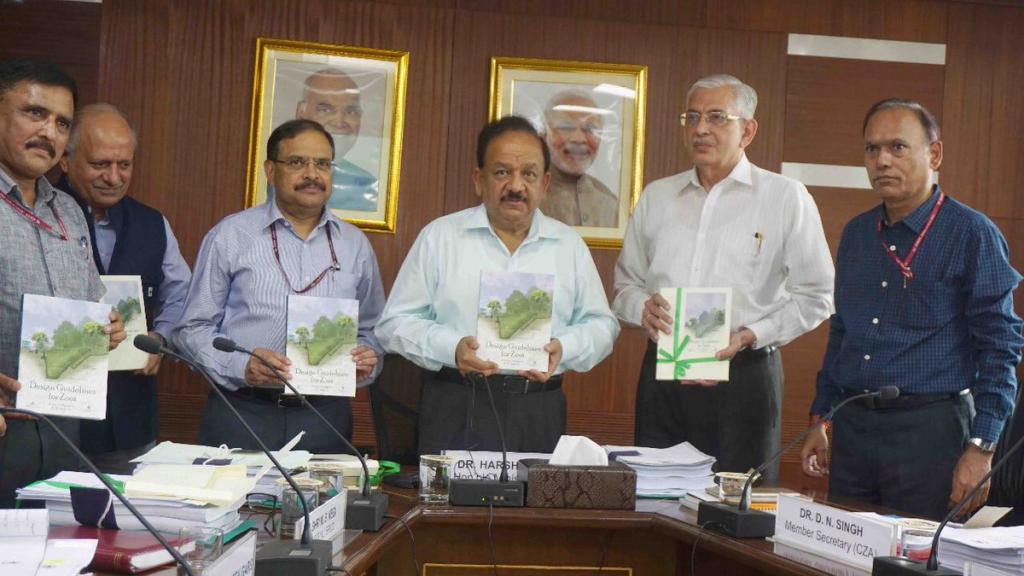 Union Minister for Environment, Forest and Climate Change, Harsh Vardhan recently released a manual containing guidelines to be followed while setting up zoos in the country.

“Today, I released a book—Design Guidelines for Zoos, the first of its kind in the world on design parameters for zoo, jointly written by Prof Rommel Mehta, a well-known architect and Dr DN Singh, Member Secretary of #CentralZooAuthority,” Vardhan said in a tweet.

The Central Zoo Authority (CZA) oversees all zoos in India.

Vardhan tweeted further: “#DesignGuidelinesForZoos should now be the guideline for setting up zoos in India. It will also help zoo authorities across the world as a manual. I have asked the #CentralZooAuthority to ensure, any redevelopment of Indian zoos should be according to these guidelines.”

In a third tweet, Vardhan said: “I have asked #CentralZooAuthority to develop zoo management courses, on the lines of #GreenSkills. Trained personnel in zoo management would also be able to sensitize visitors to zoos about various aspects of environmental protection through #GreenGoodDeeds.”

However, even while the Union Ministry of Environment, Forest and Climate Change and the CZA have released a manual for zoos, a scandal over mismanagement of the National Zoological Park in Delhi, refuses to die down.

In March this year, Down To Earth had reported about the sad state of affairs at the Park involving suppression of news of animal deaths, illegally capturing animals to replace the dead, expired drugs being administered to animals, illegally procuring Ketamine and portions of a rhino horn going missing.

A Public Interest Litigation filed in the Delhi High Court is currently looking into the matter.