Meet the Lazarus creatures: six species we thought were extinct, but aren't

It is extremely difficult to determine whether a species is extinct, or just absent from an area

There have been five mass extinction events, the most famous of which was the one that wiped out the dinosaurs. However, there is evidence that we are currently experiencing a sixth. This time, however, the extinctions are happening at a much faster rate – and they are mainly due to us.

Unfortunately, many species just cannot adapt fast enough to our changing environment, be it global warming, habitat destruction or the impact of introduced species. Sadly, some of them suffer the same fate as the dinosaurs and vanish forever.

It is extremely difficult to determine whether a species is extinct, or just absent from an area – but you do only need one specimen to prove that a species is still with us. Fortuitously, there have been several instances of species that were thought to be extinct (sometimes for millions of years) being rediscovered. These are termed “Lazarus” species, after the biblical story in which Jesus raises Lazarus from the dead.

Over 100 species have been rediscovered in this way, but here are six of the most interesting:

This species, Balaenoptera omurai, which resembles a small fin whale, was only named in 2003, and purely from dead specimens. There were also no confirmed sightings of the species, which measures around 10m in length, afterwards, suggesting it had already gone extinct. However, a population of small whales, which are pale on the right-hand side and darker on the left, was discovered off the coast of Madagascar in 2013, which was later confirmed via DNA evidence to be the Omura’s whale. This exciting discovery of the first living specimens was reported earlier this month.

Possibly the most famous Lazarus species, the coelacanth (pronounced seel-a-canth), was thought to have gone extinct at the same time as the dinosaurs, but in 1938 one was discovered off the coast of South Africa. Coelacanths are closely-related to lungfish and are thought to be an evolutionary transitional species between fish and tetrapods (four-legged creatures). The fish tend to shelter in deep water caves, largely out of sight, but it is estimated that there could be only 500 or so left alive.

You may forgive scientists for not being able to keep track of species that can move around, but surely sedentary species such as plants are easier to study? Mount Diablo Buckwheat, Eriogonum truncatumis, found only on Mount Diablo, California, was discovered in 1862. However, despite the area being studied in depth, only seven specimens were recorded, the last of which was found in 1936. Consequently, this species, which has a small pink flower, was declared extinct, presumed outcompeted by introduced species, until it was found accidentally in 2005 by a researcher working on the edge of its recorded range. Hundreds of thousands of seeds have now been propagated, ensuring that the species won’t become extinct again – at least not in our lifetimes.

This enormous invertebrate, Dryococelus australis, is the size of your hand and was native to Lord Howe Island in the Pacific Ocean. Although once common, the insects were believed to have gone extinct in 1920 after being wiped out by rats that had been on a ship that ran aground on the island. Nevertheless, recently-dead specimens were found in the 1960s, and a living population of 24 insects was discovered in 2001 on Ball’s Pyramid, an isolated sea stack around 20km from Lord Howe Island. Over 9,000 adult stick insects have since been bred in captivity and will be returned to the wild once the rats have been completely eradicated.

This seabird spends most of its life at sea, and when it does return to land it is largely nocturnal, to avoid predators. Consequently, the bird was thought to be extinct for more than 150 years having not been seen since 1850. Photographic evidence of the bird was finally gained off the coast of New Zealand, in 2003, however. In 2005, three birds were captured and fitted with radiotransmitters, and were tracked mainly at sea until their now protected breeding location was discovered in 2013.

This large bat was once so abundant that its huge piles of guano (faeces) were mined and used as fertilizer. However, the species was declared extinct in 1996 as none had been seen since 1964, despite intensive surveys. It is thought that the species declined partly through hunting it for its meat but mainly because sugar cane plantations replaced the forests where the bats had foraged for fruit. The bat was rediscovered in 2001 but some of their habitat, on Cebu and Negros islands, remains unprotected so they are still threatened. 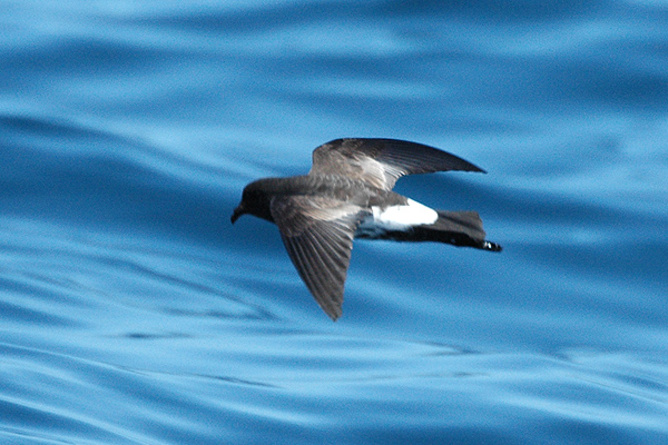 So, are these Lazarus species cause for hope? To a degree, yes. As the fictional Dr Alan Grant of Jurassic Park said: “Life finds a way.” But, in reality, Lazarus species are extremely rare, and sadly we are certain that many more species have indeed gone extinct in the last 100 years. Conservation efforts work, though, so we should be able to ensure that many species continue to survive, rather than relying on them being brought back from the dead.