The animals are expected to be brought to India by August 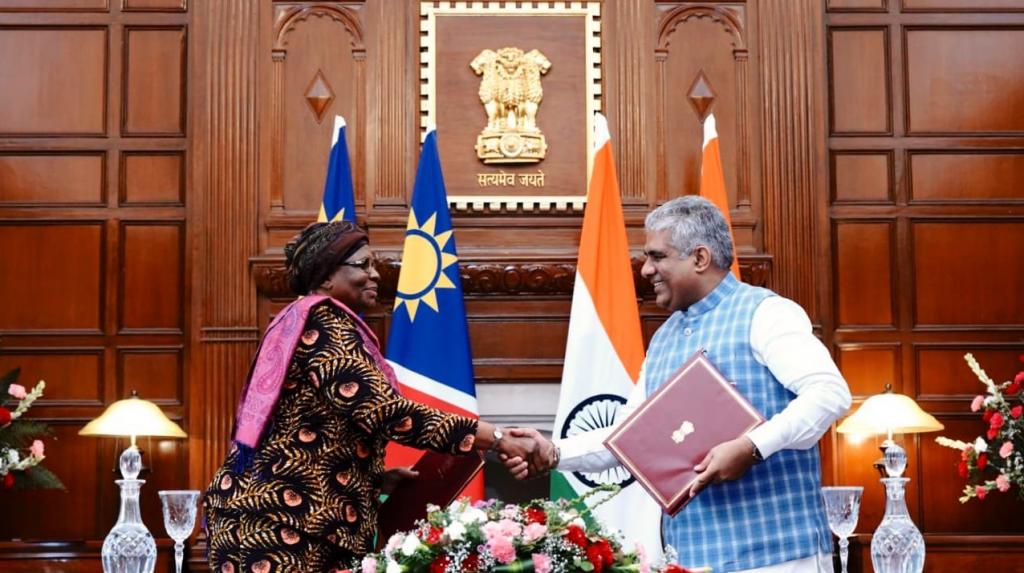 The governments of India and Namibia signed a Memorandum of Understanding (MoU) July 20, 2022, under which eight cheetahs will be brought to India from the African country in August.

YV Jhala, dean, Wildlife Institute of India, told Down To Earth, “This is a great achievement for us and a big move towards conservation of global importance,” he added.

Happy to share that India has signed a historic MoU with Namibia to promote Wildlife Conservation and Sustainable Biodiversity Utilization. The MoU seeks to promote conservation and restoration of cheetah in their former range from which the species went extinct. pic.twitter.com/MNVyw8S2eQ

India had permission to get eight cheetahs — four males and four females from Namibia — according to the Convention on International Trade in Endangered Species of Wild Fauna and Flora, Jhala said.

However, the number of actual cheetahs arriving will depend upon many factors like their health and vaccination status.

Another source, on condition of anonymity, said, “The cheetahs will be screened for diseases and quarantined before being brought to India. They will be given vaccination against a number of diseases to ensure their fitness before arrival. Let us see how many big cats we are able to get in the first stage.”

“There are seven enclosures in Kuno National Park, spread in an area of six square kilometres, where the animals will be kept based on their status. Suppose there is a mother with her cubs. They will be kept in one enclosure. A coalition of males will be put in another one together,” the person added.

The vaccination of the cheetahs against diseases like canine distemper virus, parvovirus and adenovirus will begin this week, according to environment ministry officials. They will be quarantined for 45 days after their arrival in India.

A 12-km long fence has been built to keep away predators in Kuno. Authorities at the Madhya Pradesh park had also made some changes to its flora by removing thorny bushes and introducing palatable grasses like marble grass and themeda grass as well as some wild legumes.

The cheetah translocation project aims to bring African cheetahs to India, where the Indian cheetah was declared extinct in 1952. India had tried to get Asiatic cheetahs from Iran but was refused. According to a recent statement by an Iranian government official, there are only 12 Asiatic cheetahs left in the world.