Information on marine environmental parameters is important as it serves as a basis for monitoring climate change, river discharge 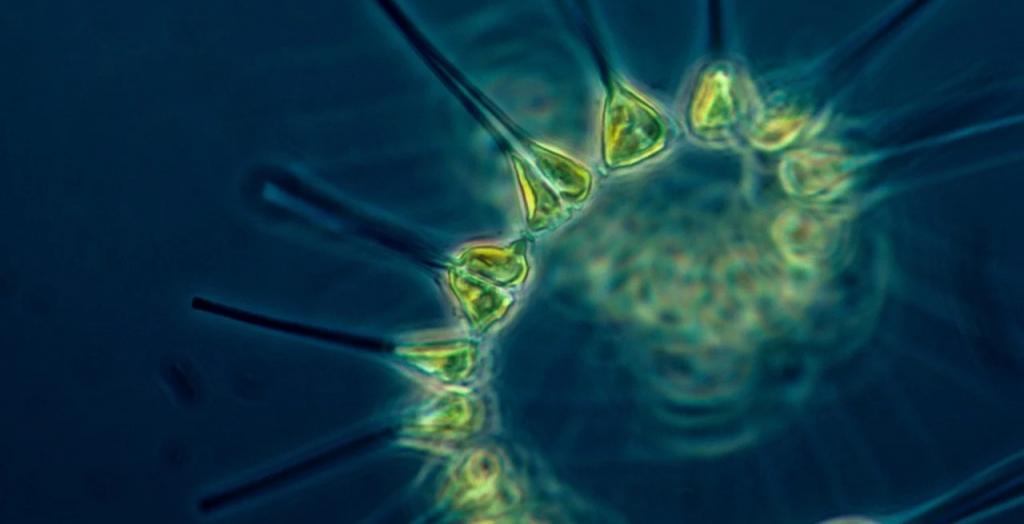 Researchers have discovered way to measure the quantity of chlorophyll-a in the Bay of Bengal — a dominant pigment found in phytoplankton cell and present in a few areas of the ocean — in real-time. The research was carried out by a team of scientists from the Indian National Centre for Ocean Information Services (INCOIS).

Phytoplanktons are tiny microscopic plants found in the ocean. They are important ecological indicators that regulate life in ocean. They have chlorophyll to capture sunlight, and use photosynthesis to turn it into chemical energy. They consume carbon dioxide and release oxygen.

All phytoplankton photosynthesise, but some get additional energy by consuming other organisms.

Phytoplanktons contribute to more than half of the oxygen that we breathe. That apart, they influence our climate by absorbing human-induced carbon dioxide, a heat-trapping greenhouse gas. They also serve as the foundation of the aquatic food web.

The team of scientists closely tracked the long-term trends of chlorophyll-a in the northwestern Bay of Bengal. They also studied the co-existing factors that affected the increasing pattern of chlorophyll-a.

The findings were published in journal Environmental Science and Pollution Research.

The study was based on in-situ and satellite data spanning over the last 16 years. They observed significant increase of chlorophyll-a concentration during pre-southwest monsoon seasons. The other parameters studied were total suspended matter (TSM) and coloured dissolved organic matter (CDOM), which are optically active substances in water. 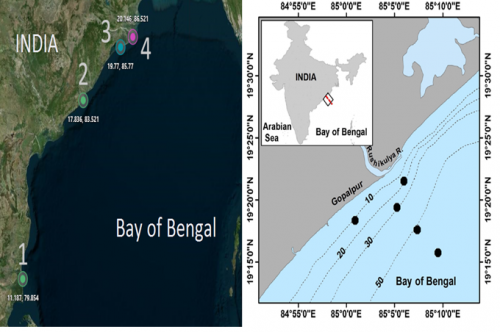 TSM and CDOM were observed with maximum spatial variability during the southwest monsoon period in the northwestern Bay of Bengal coastal waters.

The information on marine environmental parameters has become increasingly important as they serve as a basis for monitoring climate change, river discharge, and impact of pollution in the ocean.

The study was carried out for a long period — from January 2003 to December 2018. The INCOIS scientists started collecting data for the trend analysis of the chlorophyll-a by relying on United States National Aeronautics and Space Administration (NASA) Moderate Resolution Imaging Spectroradiometer (MODIS) sensor, onboard Aqua satellite acquiring data in 36 spectral bands.

The team came up with important result: NASA’s MODISA sensor data is more reliable and near-to-accurate in providing information on chlorophyll-a concentration in coastal waters of the Bay of Bengal.

The piece of work revealed that the study area experienced maximum spatial variability during pre-southwest monsoon with salinity and nutrients — the major controlling factors for the abundance and distribution of phytoplankton.

The study added that though such trends could tell an overall improved health status of the ecosystems as a whole, they could be detrimental to ocean health because of eutrophication.

Land run-off that deposits an excess of nutrients from agricultural land to the coastal waters facilitates growth of harmful algal blooms at a large scale. These algal blooms deplete the oxygen level in water, disrupting the ocean ecosystem. As a result, oceanic fauna such as fish assemblages are badly affected. This leads to decline in fish catch.

Like terrestrial plants, the eco-friendly phytoplankton is largely dependent on light, temperature and nutrients. Continuous monitoring of the ocean ecosystem is, therefore, the need of the hour to devise mitigation system to encounter disruption caused by algal bloom because of excessive phytoplankton enrichment in the coastal water.