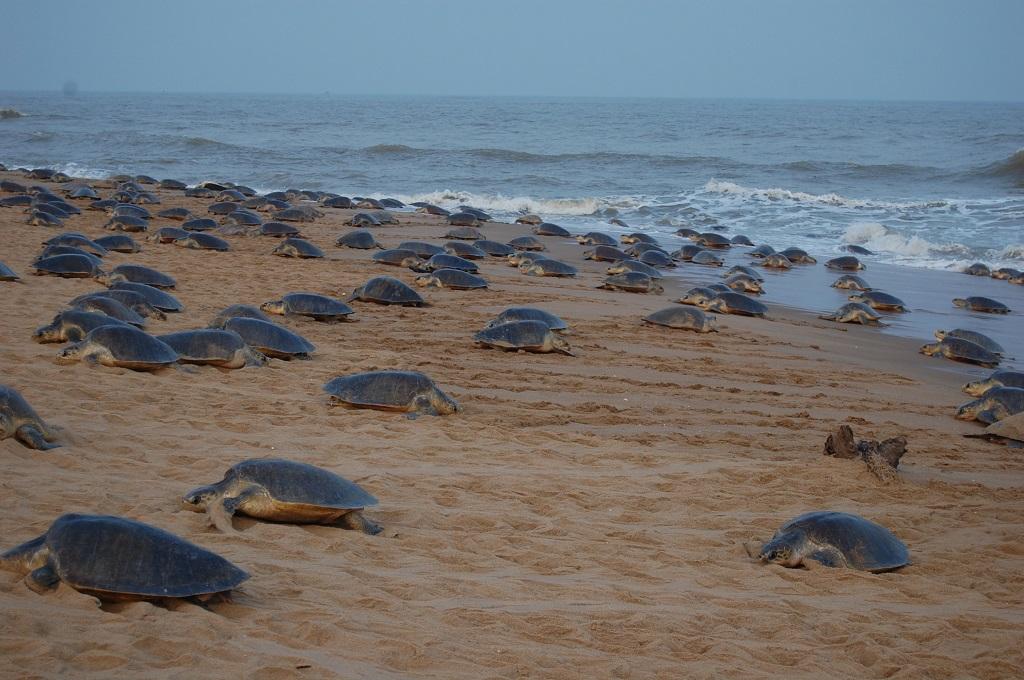 While India’s missile development programme has nothing to do with the endangered Olive Ridley sea turtles, the test firing of nuclear strategic ballistic missile Agni-IV on Sunday  from the Integrated Test Range (ITR)  at APJ Abdul Kalam Island off Odisha coast and regular missile tests from  the island  has put a question mark on the future of the mass nesting of turtles at the coast.

This is happening near the Gahiramatha beach, which is the world’s largest nesting site for the turtles, said Biswajit Mohanty, secretary of Wildlife Society of Odisha.

In the past too, environmentalists have expressed concern over the activities during the turtle season from November 1 to May 31 in Kalam Island (previously known as Wheeler Island).

Renowned environmentalist late Bankabihari Das had for the first time, in 1997, drawn the attention of the then chief of Defence Research and Development Organisation (DRDO) Dr APJ Abdul Kalam, to the flood lights that disoriented the hatchlings at Wheeler's island. He had also urged Kalam not to test any missile at the island during the turtle season. Kalam responded immediately assuring that the defence authorities would take all necessary action to ensure that the turtles were safe, said Mohanty.

Kalam had also directed the officials of DRDO that the flood lights on the Island should be completely masked during the turtles’ nesting season. But after Kalam’s departure in 1999, the defence officials failed to keep the promise and tested missiles from the Wheeler Island during the turtle season. On Sunday, they tested Agni-IV there.

At the Northern Indian Sea Turtle workshop in Bhubaneswar in 1997, Kalam had assured large number of environmentalists that the DRDO will not harm the turtles by building missile test range at the island. The principal chief conservator of forests had also urged the chief of DRDO many times not to launch any missiles from the island during the turtle season.

Srirampada Arabinda Mishra, forest range officer, Gahiramatha marine sanctuary, says, “Last month we requested the DRDO officials to put off the bright lights at the missile test range at the Kalam Island to facilitate mass-nesting of the turtles at Gahirmatha beach. But recently they tested a missile. Now large numbers of turtles are mating on the surface of the seawater.”

The country’s endeavour to increase its defence arsenal has proved disastrous for its endangered marine species.

Binaya Kumar Das, director, Integrated Test Range (ITR), Chandipur, says, “We put off bright lights at the Abdul Kalam island after the arrival of the turtles in the sea at Gahiramatha. Missile testing never disturb the turtles as missiles go off in the air.”