Odisha can see highest human casualties due to elephant conflict this year: Experts

Odisha is continuing to grant mining leases in elephant habitat despite human deaths from conflict with elephants, say experts 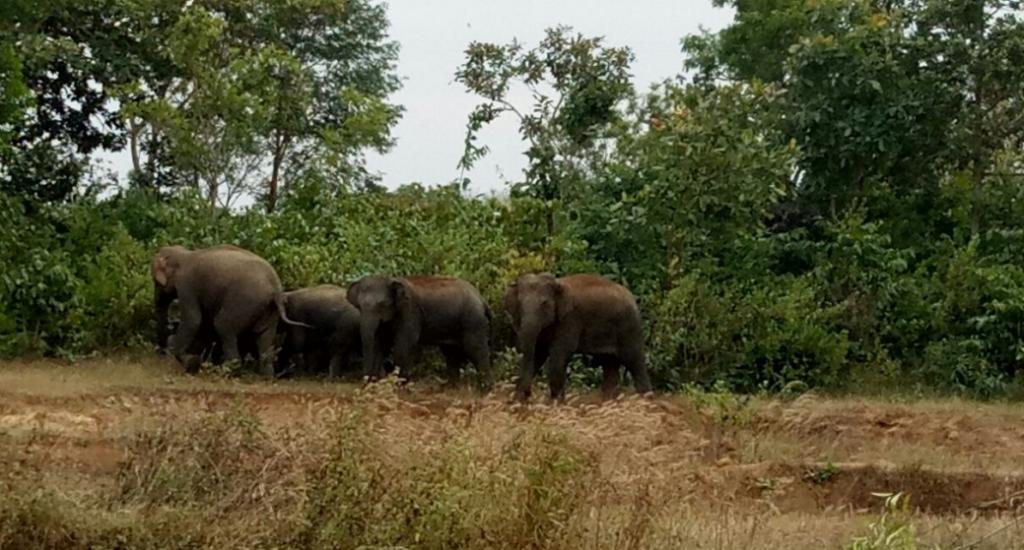 Human-elephant conflict has been raging during the last six weeks across all elephant-range districts of Odisha, with more elephants entering villages in search of food. Photo: Ashis Senapati

Odisha can see the highest-ever human casualties due to human-elephant conflict (HEC) in 2021-2022 than the years before, experts have warned.

“HEC has been raging during the last six weeks across all elephant-range districts of the state, with more elephants entering villages in search of food,” Biswajit Mohanty, the secretary of Wildlife Society of Odisha, a non-profit, said.

“We could probably see more human casualties than 2020-21, which recorded 106 human deaths and 119 injuries. Incidentally, the highest number of human deaths was in 2019-20 in which 115 people were killed and 132 were injured,” Mohanty added.

Sundargarh has recorded the highest human deaths due to HEC this year: 21 of the total 97 deaths. It is followed by Keonjhar (12) where rampant mining is permitted by the forest department.

“Due to uncontrolled mining activity, the stressed elephants are angry and enter villages in search of food, killing locals in the process. Every mining proposal in dense forests that are elephant habitat and feeding grounds has been cleared by the department,” Mohanty added.

Dhenkanal, which has a high number of black stone and laterite stone quarries, has recorded 11 human deaths. It is followed by Angul (10) where coal mining expansion in elephant forests and large steel industries has led to a jump in attacks.

“The figures are very alarming. In the last three years, we have witnessed approximately one HEC every two days and a human has got killed every three days. Such a high number of human casualties and at such frequency had never been recorded in the past. It is one of the highest in the country,” Mohanty said.

He added that the Odisha forest department had failed to control the HEC despite crores of rupees spent on elephant drives.

“The department regularly pays private consultants high fees to prepare mitigation plans which remain on paper. Key measures that would save human lives and elephants like controlling mining and quarrying are never executed. Rather, more mining clearances are issued by the department,” Mohanty said.

Mohanty gave a number of suggestions to prevent human deaths due to HEC.

He noted that 60 per cent of HEC involved tuskers. It was possible to prevent these confrontations if tuskers were identified and continuously tracked by expert trackers.

“Tracking is not happening since most trackers are actually deployed on other duties,” Mohanty said.

Humans encountered elephants early in the morning while going out to relieve themselves in 50 per cent of the cases. The forest department should convince people to use toilets built under the Swachh Bharat Mission, Mohanty said.

Local youth teased elephant herds who then vented their anger on old people who could not run. Some casualties had occurred while people were taking selfies with elephants.

“The forest department must prevent this harassment by putting up warning sign boards and punishing offenders,” Mohanty said.

Nearly 25 per cent of human casualties happened when the walls of huts were toppled by elephants to raid paddy and liquor. A massive door-to-door campaign needed to be launched by the forest department to make people aware about the danger of storing food grains and liquor in bedrooms, Mohanty said.

The forest department must prevent people from collecting fruits from reserve forests and sanctuaries so that there is enough left for elephants’ consumption.

The cause of death of 143 elephants could not be ascertained, since the carcasses were in a decomposed state.