A merchant bought the 28-kg Ghol fish, known for its medicinal qualities, for Rs 3,940 a kg 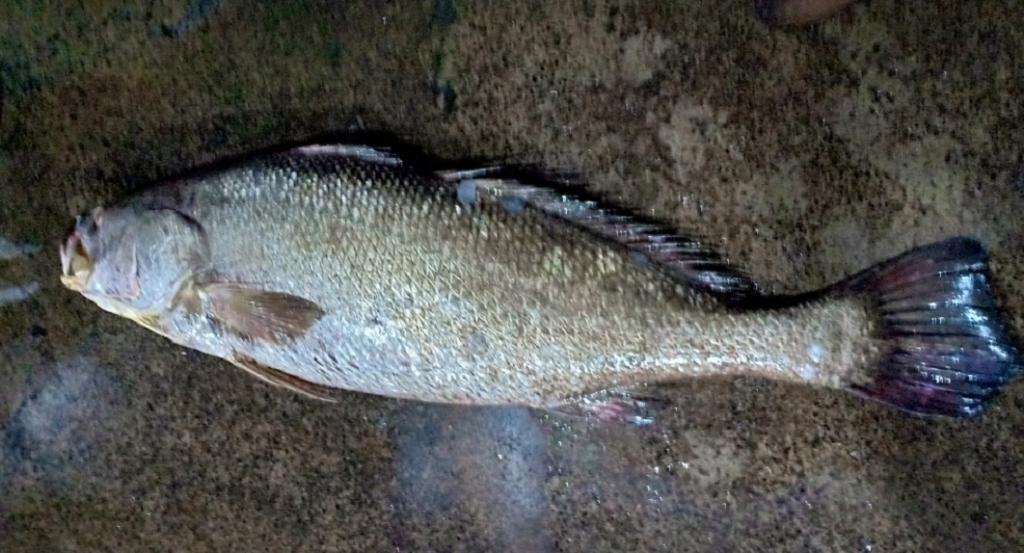 The Ghol fish is considered to be one of the finest and most expensive varieties of marine fish. Photo: Ashis Senapati

A 34-year-old fisherman from Paradip in Odisha’s Jagatsinghpur district sold a Ghol fish, known for its medicinal value, for Rs 1.1 lakh to an exporter on March 28, 2019.

“On March 27 night, when I was pulling the net we had cast I realised that a massive fish had been trapped. It took two men to pull the fish out of the water. Once on board, we realised that we had hauled a rare Ghol fish. The news spread like wildfire at the fishing harbour and a merchant purchased it for Rs 3,940 per kg,” said Devudu.

The scientific name of the Ghol or black-spotted croaker or Teleia, as it’s locally called, is Protonibea diacanthus. This fish, an exotic specimen, is considered to be one of the finest and most expensive varieties of marine fish. They are usually exported to Singapore, Malaysia, Indonesia, Hong Kong and Japan.

“It has iodine, iron, taurine, magnesium, fluoride, to selenium. It is also known as ‘the fish with a heart of gold’. Exporters dry this fish and take out the swim bladder. Some swim bladders fetch as much as Rs 1 lakh per piece. Its skin is sometimes cooked or used to make cosmetic products and medicines. Its fins are used by pharmaceutical companies to manufacture soluble stitches and in wine purification,” said Manas Ranjan Sahoo, additional fisheries officer (marine) in Paradip.

This fish is usually found in the Indian and Pacific oceans along the coasts of the Persian Gulf countries like Pakistan, India, Bangladesh, Burma.