Odisha readies radio collars for 7 elephants: Why experts don't like that

Radio collaring to track wild elephant movement has failed in other states, say conservationists; add exercise will be a waste of public money 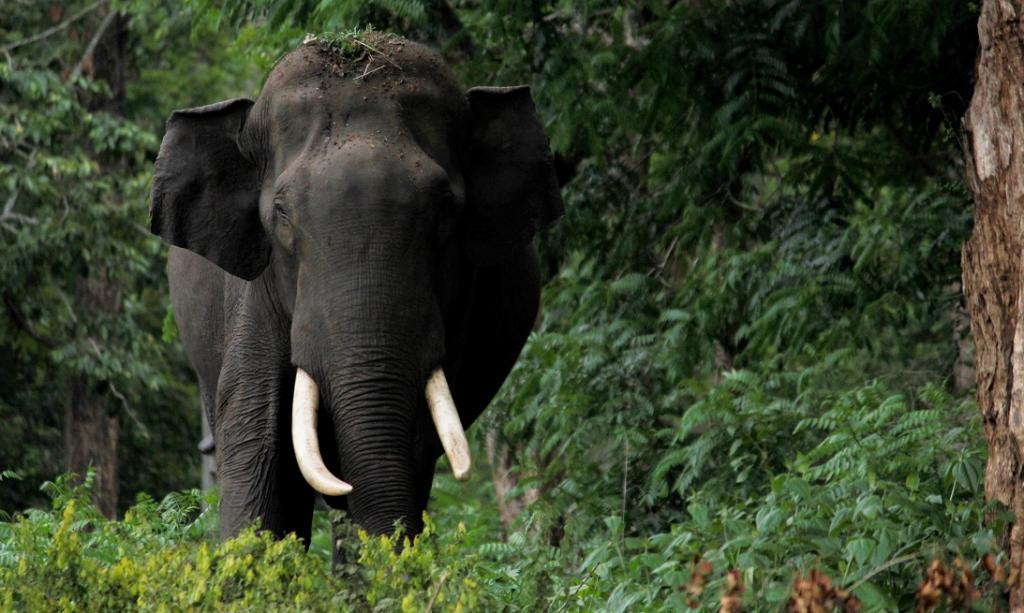 The Odisha forest department will fit radio collars on seven elephants in the state in a bid to track and prevent them from entering human settlements. However, environmental activists have opposed and raised concerns over the move.

The collars will be fitted onto three wild elephants of the Chandaka Wildlife Sanctuary on the outskirts of Bhubaneswar and four elephants of the Similipal Tiger Reserve in Mayurbhanj district, officials said.

A radio collar is a lightweight belt fixed on an elephant’s neck. The device is fitted with a GPS device and the data is relayed real time on a computer or mobile app.

The real time monitoring of data helps in early warning whenever the elephant is in the vicinity of a human settlement.

The constant emission of radio signals from the device will enable us to track the movements of the animals and take measures accordingly. We have also planned to fit such devices on many elephants in the future.

This was for the first time that elephants were being radio-collared by the Odisha forest department, Paul said.

He added that the West Bengal, Uttarakhand, Tamil Nadu, Chhattisgarh and Assam governments had used the technique of radio-collaring herds in the past to avert increasing human-elephant conflict.

However, many have raised concerns over the move.

“It is a wrong decision on the part of the forest department to fix radio collars onto wild elephants without consulting noted elephant researchers of the state,” Kamal Lochan Purohit a former forest official, said.

“To spend huge sums on this project without proper planning is nothing but a sheer wastage of public money. Radio collaring failed to mitigate human-elephant conflict in Chhattisgarh,” he said.

Chhattisgarh was the first to radio collar elephants in India in October 2018.

“The radio collars, which had been procured from Australia, did not remain attached long enough. Out of five radio collars attached to elephants, three fell off by May 2019. By March 2020, one more had fallen off,” Biswajit Mohanty, the secretary of Wildlife Society of Odisha (WSO), a non-profit, said.

Only one of the original seven collars fitted onto elephants was still active, Mohanty added.

He noted that a radio collar cost around Rs five lakh. Additional costs of the same amount were incurred annually in tracking the satellite signals and monitoring the elephant.

We feel it is of utmost importance to carefully assess the effectiveness and durability of the collars, keeping in view the fact that the project failed in Chhattisgarh. Now their elephants are being visually monitored by ground tracking teams.

The Odisha Forest Department had also engaged elephant trackers who followed the herds and reported their position on a regular basis, Mohanty added.

“It would be unjustified to always blame elephants for the deaths of human beings. In 1979, there were 2,044 elephants in Odisha and they ranged across Dhenkanal, Deogarh, Mayurbhanj, Keonjhar, Sambalpur, Angul, Sundargarh and Cuttack,” he said.

Today, elephants in Odisha number 1,976 according to the 2017 census. They have been forced to leave the forests where they lived, break up into into smaller units and spread out to several other districts.

“Notably, no census has been undertaken since the last four years in Odisha,” Mohanty said.