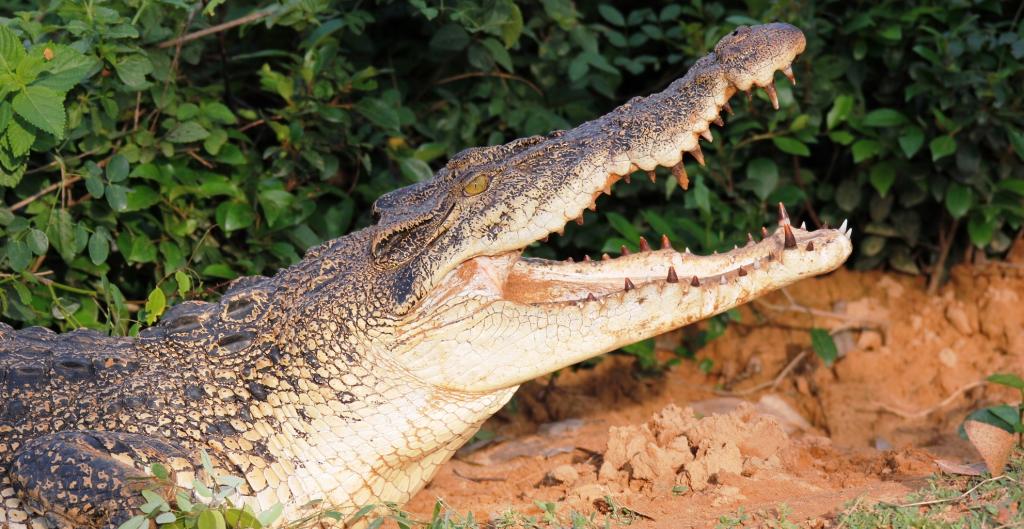 A 33 year-old fisher woman was attacked by an estuarine crocodile while collecting prawn seed in Bhitarkanika. Photo: Ashis Senapati

A 33-year-old fisherwoman from a village in Odisha’s Bhitarkanika National Park, survived a crocodile attack on the morning of June 4, 2020, after putting up a courageous attack against the nine-foot-long animal.

Mamata Jana of Hariabanka village in Kendrapara district was collecting prawn seeds in the Ramachandi river along with other village women, when the incident happened.

“Mamata was in waist-deep water when the reptile grabbed her hand. As a result, she sustained injuries on her leg and hands. When we heard her cries, we threw stones at the crocodile and it let go,” Arati Mandal, an eyewitness to the incident, said.

Jana is now undergoing treatment in the primary health centre at Mahakalapada.

“I escaped the reptile’s grip by jabbing its eyes,” she said in a feeble voice, while undergoing treatment in the hospital. Doctors attending to her say Jana is out of danger and is responding well to treatment.

Villages in Bhitarkanika that are located near rivers and creeks are often the locations for various estuarine crocodile attacks. The park is spread over the Aul, Rajkanika, Mahakalapada and Rajnagar blocks of Kendrapara district and Chandabali block in Bhadrak district.

Crocodiles are a big problem. They kill livestock including cows, goats and sheep in these areas. Nobody can go and take a bath in the river. The livestock, when they go to the water’s edge to drink, are killed, Narayan Haldar of Kharinashi village, said.

The exact figures on crocodile attacks are unavailable. But locals believe that at least six to ten people are killed or maimed by crocodiles each year. “Most of the cases are not reported; people just go missing,” Pradip Das of Danagamala village, one of the areas hit hardest by crocodile attacks, said.

“There are 1,757 estuarine crocodiles in the water bodies of Bhitarkanika according to the reptile census report of this year. The park is usually closed to tourists and locals every year between May 1 and July 31 during the mating and nesting season of crocodiles,” Bikash Ranjan Dash, the divisional forest officer of the park, said.

“To prevent human-crocodile conflict during the breeding season, the state forest and wildlife department have also recently barricaded around 45 river ghats around the park. We also warned villagers not to enter the river Ghats beyond the barricaded areas,” he added.