Over 1.1 million sea turtles poached in the last 30 years: Study

Vietnam the most common country of trafficking origin, China and Japan major destinations for turtle products 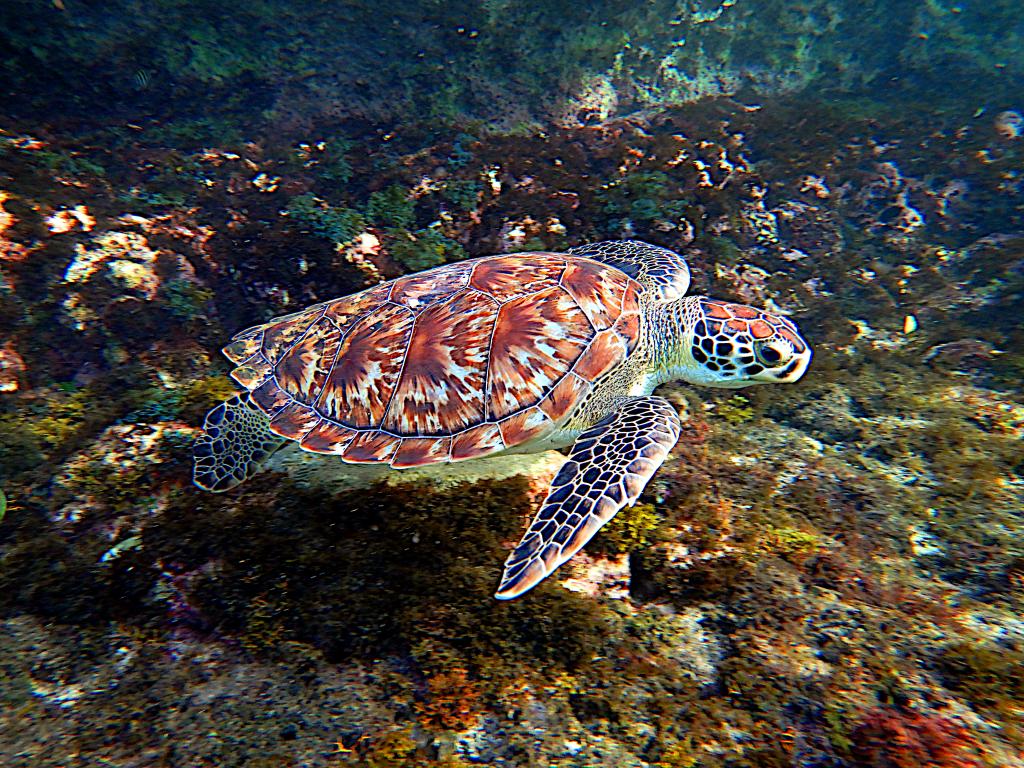 The hawksbill turtles are prized in the illicit wildlife trade for their beautiful shells. Photo: Wikimedia Commons

More than 1.1 million sea turtles have been illegally killed and in some cases trafficked from 1990 to 2020, according to a new study.

However, there has been a decline of 28 per cent in the poaching of marine creatures, with over 44,000 turtles targeted annually over the last decade.

The study, led by Jesse F Senko and Kayla M Burgher, was published in the journal Global Change Biology. The reptiles faced exploitation in 65 countries/territories and 44 out of the 58 marine turtle regional management units (RMU) in the world despite laws protecting the creatures.

The species that faced the most exploitation in the 30-year-period were green (56 per cent) and hawksbill sea turtles (39 per cent).

Southeast Asia and Madagascar were major hotspots for illegal sea turtle trade, particularly for the critically endangered hawksbills. The hawksbill turtles are prized in the illicit wildlife trade for their beautiful shells.

The 10 RMUs with the highest exploitation in the 2010s included seven green and three hawksbill turtle RMUs. Most reported exploitation occurred in RMUs that typically exhibited a low risk of population decline and loss of genetic diversity.

Other than the five species, there are two more types of sea turtles that have restricted ranges. Kemp’s Ridley is found mainly in the Gulf of Mexico and the flatback turtle around northern Australia and southern Papua New Guinea.

However, there’s a small silver lining. There was a 28 per cent decrease in the reported exploitation of marine turtles from the 2000s to the 2010s.

Over the past decade, the number of RMUs with ‘moderate’ or ‘high’ exploitation impact scores has also decreased.

The decline over the past decade “could be due to increased protective legislation and enhanced conservation efforts, coupled with an increase in awareness of the problem or changing local norms and traditions,” said Burgher, School of Life Sciences, Arizona State University, the United States.

Illegal exploitation appears to have declined over the past decade. It primarily occurs in large, stable and genetically diverse marine turtle populations, with some exceptions, the study showed.

Illegal killing and trafficking of animals and plants pose a serious threat to wildlife biodiversity. The black market wildlife trade is considered to be one of the most lucrative illicit industries in the world.

Sea turtles are slaughtered for their eggs, meat, skin, and shell and they also face habitat destruction and accidental capture or bycatch in fishing gear. Climate change has an impact on turtle nesting sites — it alters sand temperatures, which affects the sex of hatchlings.

Read more: Republic of the Congo gets its first ever marine protected areas

Nearly all species of sea turtles are now classified as endangered, with three of the seven existing species being critically endangered.

Efforts to protect sea turtles have shown positive strides. In 2017, residents in eastern Indonesia’s Maluku Province harvested up to 75 per cent of leatherback turtle eggs laid on one turtle nesting beach.

Education and community outreach done by organisations like non-governmental organisation World Wide Fund has helped in reducing turtle egg harvesting by 10 per cent.

Plans are afoot to tag 30,000 Olive Ridley turtles in Odisha. This will help scientists study them and draft conservation plans.

RMU framework for marine turtles is a solution to the challenge of how to organise marine turtles into units of protection. The units should be above the level of nesting populations but below the level of species within regional entities that might be on independent evolutionary trajectories.