Pacman, one of Ranthambore’s most sighted tigers, is dead

Pacman, a five-year-old male, was found dead with grievous wounds caused by what is suspected to be a territorial fight 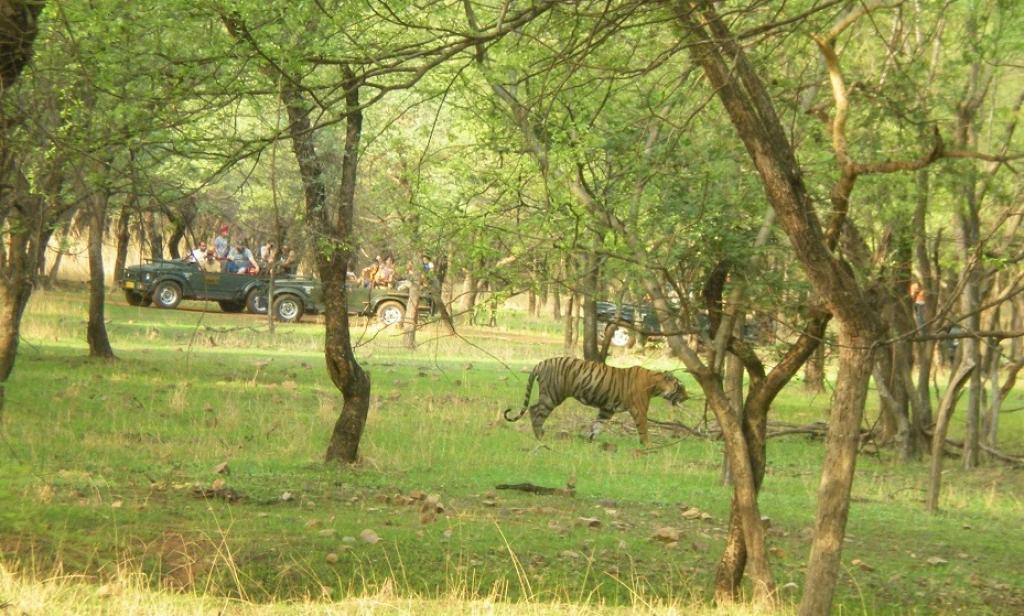 A male tiger who was among the Ranthambore Tiger Reserve’s most sighted animals has been found dead, a scientist at the reserve has confirmed to Down To Earth (DTE).

“Yes, Pacman has died,” said Dharmendra Khandal, a conservation biologist with Tiger Watch, a prominent non-profit that works in the area.

“He was five years old and in the prime of his life. For many days now, he had been vanishing into thin air and people used to suspect that he was already dead. But we knew that he was very much there. However, today, he is no more with us,” he told DTE.

“Territorial fight is a natural selection process. When two super predators fight, it can cost one's life. Yesterday, at 4 o'clock, two guards spotted the dead tiger while they were on patrolling round in the remote area of Indala called Pathar ki Kui. They immediately informed the ranger who in turn informed the Deputy Conservator of Forests and then the DCF and Field director reached the place. The carcass was 24- 30 hours old. Deep wounds on the head and front legs.

“To keep the situation transparent they called me also, I reached there at 7.30 pm. We followed another tiger’s paw prints’ trail and saw blood stains there. There had been movement of at least 2 males, the other male must be injured too. I consider it as natural death, but indeed sad day for Ranthambore - RIP Pacman.”

Pacman, called thus because of unique markings on his head. He was born in February 2014, into a litter of three cubs, himself being the lone male besides two females.

“His mother is T-19, known in the Park as Krishna,” said Khandal. Krishna is the daughter of the famous Machhli, who was the most photographed tiger in the world.  Pacman’s father was a male called ‘Star Male’, also known as T-28.

Pacman, along with Arrowhead and Lightning (who were also born to Krishna), was among the most sighted tigers in Ranthambore at one time, mainly biding his time near a series of lakes in the Park.