Hunting of wild reindeer in violations to timing and amount has reduced reindeer population from one million to 400,000 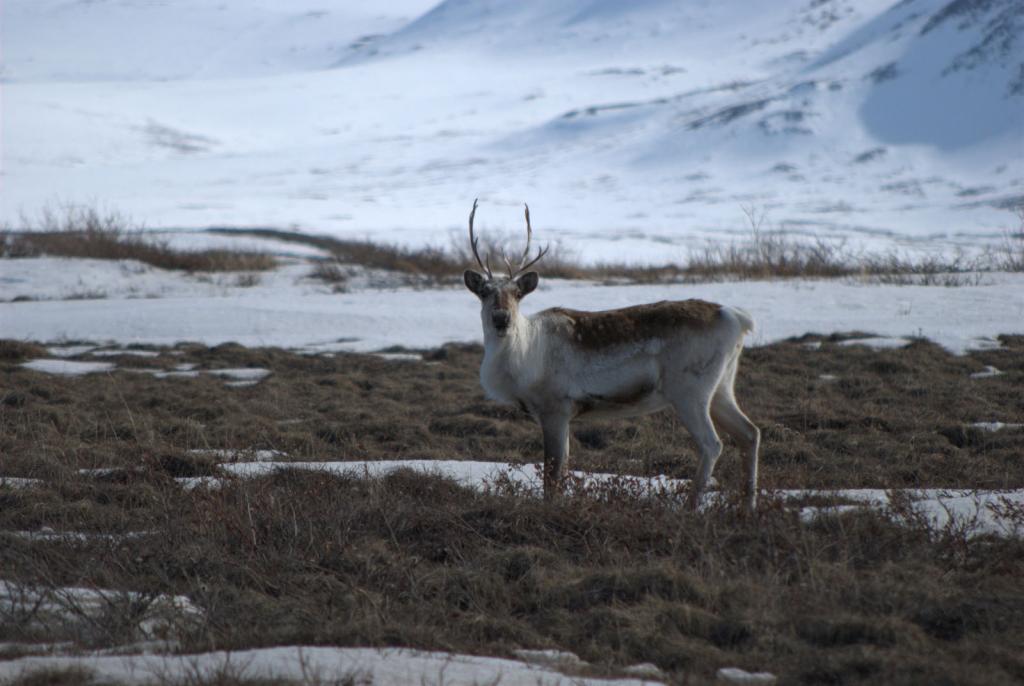 Antlers are seen in some Asian countries, including China, as a remedy for strengthening bones and tendons. Credit: USGS / Flicker

Krasnoyarsk Krai region in northern Siberia is one-fourth the size of Canada. Cruelty against reindeer in the north of Krasnoyarsk region is becoming more evident with each passing day as poachers adopt novel methods to kill. Going by the statistics, the current population of wild reindeer has come down to anywhere between 400,000 and 500,000, which is a stark decline from one million in the year 2000.

The reindeer population in Taimyr Peninsula (administrative part of Krasnoyarsk region) is the largest wild herd in the world, but a new projection stokes fear of a further decline in population to as low as 150,000 in 2020.

Poachers, reportedly, shoot reindeer in the head from boats when they cross rivers on a seasonal migration from Evenkia to the Taimyr Peninsula. The corpses are then dumped along the Khatanga River. The poachers also chase reindeer on snowmobiles. Pregnant females carrying embryos weighing 3-4 kg often suffer miscarriages. Mass abortion has been reported by veterinarians.

According to Leonid Kolpashchikov, head of the scientific department of Taimyr Nature Reserve, “The small number of rangers are not able to control hunting of wild reindeer, which is carried out with violations to timing, amount and methods. Poaching is 'out of control' from the Yamal peninsula to Yakutia.” While the official hunting quota is 40,000 reindeer, the poachers kill 120,000 a year. Moreover, poaching occurs in spring, when hunting is technically banned.

Selling the antlers of wild reindeer is a lucrative option for poachers. Antlers are seen in some Asian countries, including China, as a remedy for strengthening bones and tendons and they are also believed to increase human sexual performance.

Medications from antlers are used for rapid recovery from illness, accelerate wound healing, merge bones, strengthen immune system and reduce the risk of cancer. Reindeer tongue is served as a delicacy.

In Dudinka, a port on the Yenisei River, poachers obtain 'fake certificates' claiming that antlers were obtained from domestic reindeer herds. Then the antlers are exported to China and South Korea.

“The small number of rangers are not able to control hunting of wild reindeer, which is carried out with violations to timing, amount and methods"

While the human cause behind the slump in reindeer numbers is clear, Andrey Petrov, a researcher from the University of Northern Iowa, also points to climate change as a key factor for decline in reindeer population.

Reindeer migrate annually and return to same places: a winter area, a calving site and a summer area. Driven by warmer temperatures, harassment by mosquitoes and other related climate factors, Taimyr herd has been lately shifting towards the north and east. This has increased cases of drowning, especially among calves, since the frozen rivers (Khatanga being one of them), which used to freeze up in late September–early October and breaks up in early June, now open earlier than expected. Thus, the herd has to swim across them rather than walk.

Moreover, the trek from calving areas to new summer ranges is also longer than in the past, which proves too difficult for some of the calves.

Besides climate change, revisions to old Soviet-era hunting regulations are another reason. Since bounties are no longer paid for unlimited wolf kills, the growing number of wolves results in more reindeer deaths.