Save hornbills, for they are the gardeners of tropical forests: Study

Hornbills can disperse up to 12,000 large seeds per day per square kilometre in patches where they occur in large numbers, thereby creating fruit orchards 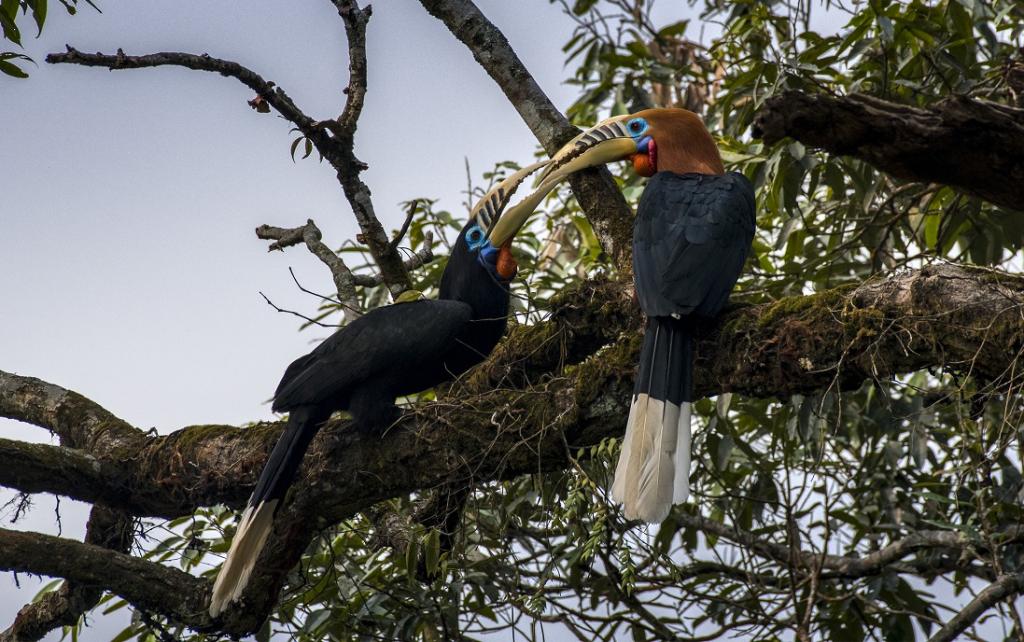 Scientists from two organisations studied how fruiting plants and hornbills influenced each other’s distribution in the Namdapha Tiger Reserve. The reserve, located in Arunachal Pradesh, is one of India’s most biodiverse protected areas. It is home to five of India’s nine species of hornbills.

The conservation of hornbills is of prime importance since they have a symbiotic relationship with several canopy trees in tropical forests. They are attracted to such trees for food and in turn, they scatter their seeds, creating orchards, a new study has said.

The researchers, from Nature Conservation Foundation (NCF), Mysuru and Centre for Ecological Sciences, Indian Institute of Science, Bengaluru conducted the study on the Hornbill Plateau in Namdapha, according to a statement.

They conducted the study across twenty-four 1-hectare patches on the Hornbill Plateau.

Hornbills were among the very few birds that could feed on fruits with large seeds, regurgitate and disperse the undamaged seeds away from the mother plant, Rohit Naniwadekar, the lead author of the study, said.

This was an important service that hornbills provided to trees, he added.

Our study shows that forest patches that have rare trees like Canarium, attract hornbills in large numbers. In turn, hornbills end up dispersing seeds of a diverse array of plant species in higher numbers in these patches with some of these hornbill food trees. In the longer term, this likely creates orchards that continue attracting hornbills.

The researchers observed four species of hornbills including the Great, Rufous-necked and Brown, apart from the Wreathed Hornbills. The most common Wreathed Hornbill was mostly seen in patches with the rare, large-seeded canopy trees, according to the statement.

The number of dispersed seeds was highest in patches with the highest abundance of hornbills. The diversity of regenerating saplings was also highest in those patches, the study found.

Aparajita Datta, a scientist from NCF, India, said the study clearly established the linkages between hornbill numbers, the abundance of some of their important food plants in certain patches, the seeds that arrived due to hornbill dispersal and the subsequent establishment of seedlings / saplings in such forest patches.

“The study strengthens the popular image of hornbills being gardeners or farmers of the forest, demonstrating that they farm their own food-rich patches through their seed dispersal,” Datta added.

The statement said hornbills were being driven locally extinct because of threats posed by hunting and habitat loss.

Large trees, like Canarium, which was named in the study, are illegally tapped for their resin inside Namdapha, which kills them in the long-term. The resin of the tree is widely used as incense across the country. Outside Namdapha, such tall trees are in demand for their timber value and are logged.