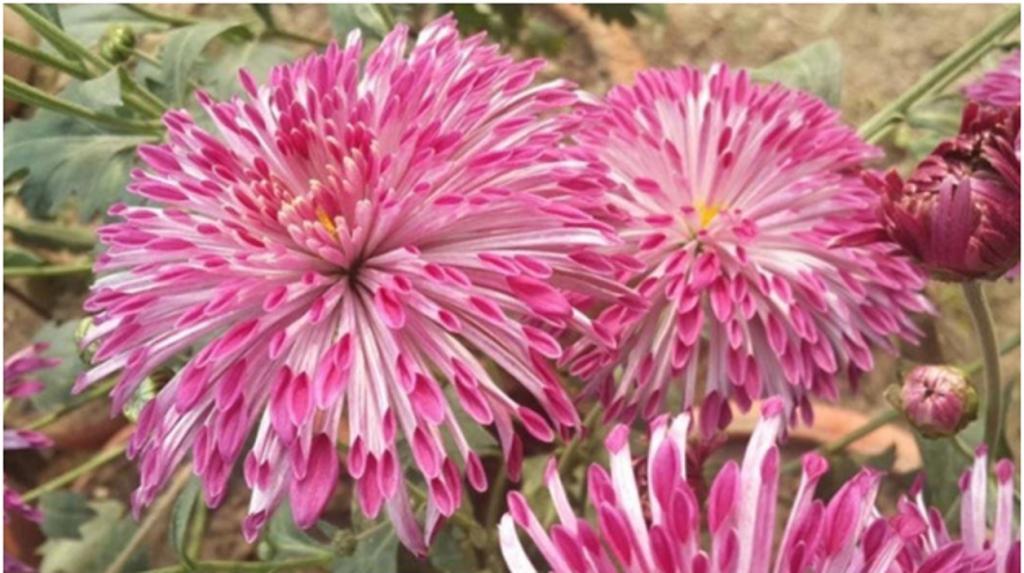 Onset of winters bring blooming season for flowers but with dropping temperature the flowers crop also suffer. To keep the flowering season lasts longer scientists keep trying to develop flower varieties that can withstand extreme winters. In such an effort scientists at National Botanical Research Institute (NBRI) have developed and released a new variety of Chrysanthemum that blooms during late December to mid-February and have named it ‘Shekhar’.

This late-blooming, decorative, floriferous chrysanthemum variety bears mauve flowers. It grows up to 60 centimetres and have a captiulum diameter (diameter across) up to 9-9.5 centimetres. This particular variety is radically diverging and has semi-quill florets that give the flower a unique dome-shaped crown like appearance.

“The new variety has been developed through mutation induction by gamma irradiation of ‘Su-Neel’ which is its somatic parent variety” Arvind Jain, senior scientist, NBRI, said.

Arvind also told that Gladiolus, rose and gerbera are more popular in floriculture, but chrysanthemum also holds an important place. “Due to its diverse appearance, it is in high demand and people like to plant flowers in their gardens and homes. If cuttings of chrysanthemum are planted at a distance of half an inch, then about one thousand plants can be planted in a radius of one square meter”, he said. If these plants are sold at the rate of 10 rupees, then in a very short time, about 10 thousand rupees can be earned, he added.

A special feature of chrysanthemum is that it can be planted twice in a season and it is excellent as a potted plant. Chrysanthemums, the tropical flowers belong to the Asteraceae (Compositae) family, which is one of the largest families of flowering plants with over 1,000 genera and about 20,000 species. Chrysanthemums were originally grown in the Eurasian region. (India Science Wire)