Fires spreading to the forest core is a sign of danger, say experts 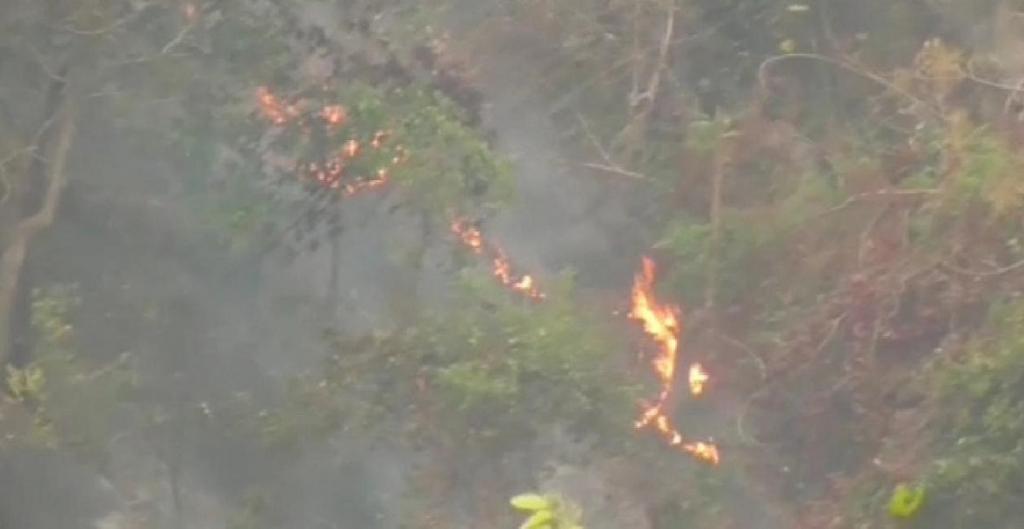 Manoj, a 30-year-old fireman in Odisha’s Jashipur, is exhausted and about to give up. He has trekked seven hills in past five days. Manoj’s task becomes much more grueling as flickering flames threaten to spread to newer areas in Similipal — one of the largest biospheres in India, with every passing hour.

Jashipur and Thakurmunda areas lie in the southern sector of Similipal National Park. While forests on the outskirts of Thakurmunda burst into flames much earlier in late February, Jashipur, which is the gateway to Similipal, started burning since the second week of March.

The fire that travelled menacingly from buffer areas entered core area on the evening of March 7, 2021, Manoj said. “We are trying to approach Chahala area, a tourist place inside Similipal.”

The fire advancing into core areas of the forest was a dangerous sign, said Dhaneswar Mohanta, a Jashipur-based activist.
“Putting out forest fires inside Similipal will prove to be quite an onerous task. Most of the areas are inaccessible, without having even a proper pedestrian path, making it difficult for firefighters to work,” said Mohanta.

Firefighters will have to seek help from forest dwellers if they really want to stop forest fighters from spreading, he pointed out.

At present, about 90 major fires have been detected under 12 beats in Similipal. Elephants, wild boars have started coming out of forests that have been burning for over a fortnight and entering human habitations.

Due to the long, dry spell, piles of leaves are acting as a catalyst for the wildfires which are spreading faster than expected. Sometimes, fire squads find themselves without a clue to manage the raging flames.

The northern sector comprising Baripada division had also witnessed major forest fires in the first week of March and some parts are still burning.

Five teams of Odisha fire services are stationed at Jashipur and three in Bisoyi.

As the forest fire entered the core area, which was largely unaffected till a couple of days before Sunday, it is posing huge challenges for the fire squads.

While putting out the fires that is engulfing the forests appears to be a long shot, exhaustion has already set in among fire squads. Apart from personnel from Odisha fire service, the forest department’s fire squad and volunteers are engaged in dousing the fire. But the number of personnel seems to be too little keeping the expanse of forest fire in mind.

Spread over 2,750 sq km, the Similipal was declared a tiger reserve in 1973 whereas the Similipal biosphere is much bigger and covers an area of 4,373 sq km. The large human habitations surrounding the biosphere make it vulnerable to such fire disasters.

This year, the fire emanated from buffer villages, away from Similipal’s core area.

Although Similipal remained in focus of this year’s forest fires, jungles in other parts of Odisha were also gutted.

As many as 20,797 forest fires have been detected in Odisha since March 2. Jharkhand and Telangana, with 4,682 and 4,651 fires, respectively, are at distant second and third positions.

The committee will have representations of researchers from Indian Council of Forestry Research and Education, Dehradun and National Remote Sensing Centre, Hyderabad. Pankaj Agrawal, director-general of Forest Survey of India has also been made a member.

The committee has been asked to give suggestions for improvement of standard operating procedure for fire prevention and management in the state.

Besides, the committee would review of ongoing forest fire incidence, causes and immediate containment, suggest measures for augmentation of existing fire management protocols including Geomatics based fire alert system and recommend suggestions for improved community participation in fire management and prevention.

The committee has been asked to conduct post assessment of forest fire affected area such as loss to wildlife, biodiversity.