Despite rules to protect the animals from cruelty, many temples in Kerala continue to organise processions of these animals without taking into account their health and safety 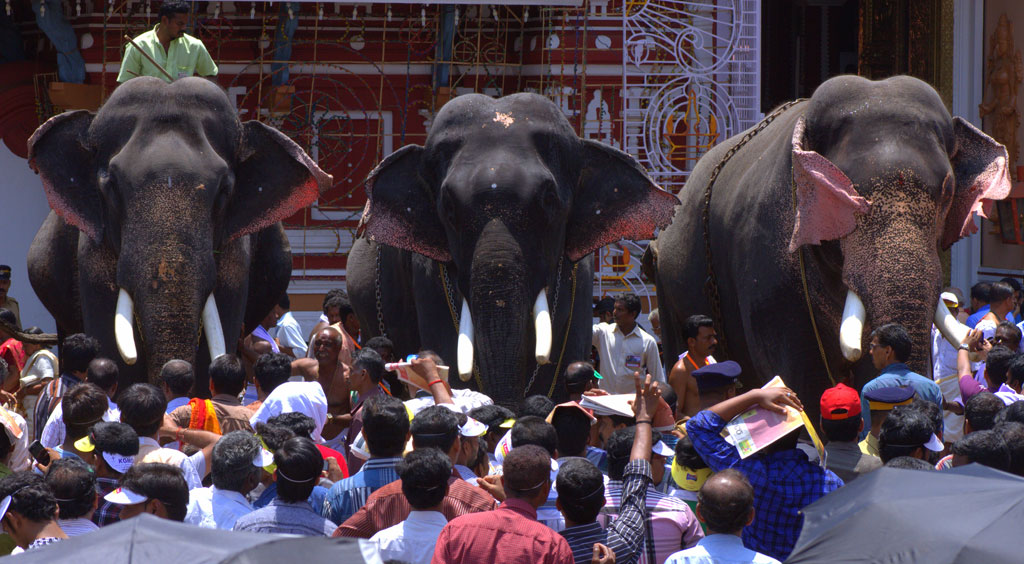 Captive elephants are paraded in temple festivals in Kerala (Credit: Naseer K A)

The Supreme Court has warned owners of captive elephants in Kerala, including temples, of severe consequences if the animal was found abused or harassed. In an order on August 18, the court said the owners would be subject to criminal prosecution for cruelty against elephants.

The court was considering an interim petition filed on May 4 by the Animal Welfare Board of India in a case filed by Bengaluru-based Wildlife Rescue and Rehabilitation Centre against the Central government and others.

"It shall be the duty of the state, the district committee, management of devaswom, the management of the temple and the owners of the elephants to see that no elephant is meted with any kind of cruelty and, if it is found, apart from being lodging of criminal prosecution, they shall face severe consequences which may include confiscation of the elephants to the state,” says the court.

On April 29, about 100 captive elephants were paraded during Thrissur Pooram, the largest temple festival in Kerala, without permission.The Board had filed the interim petition pointing out that the animals had been subjected to physical and mental cruelty. The Supreme Court had issued a notice to the state seeking an explanation why captive elephants were being used in the festivals.

In 2003, Kerala had formulated a set of rules and regulations—the Kerala Captive Elephants (Management and Maintenance) Rules—to prevent cruelty against the elephants. The rules were amended in 2012.

According to the rules, there should be sufficient space between elephants when they are used in processions and parades and elephants in musth or elephants which are sick, injured or pregnant should not be used for processions or festivals. 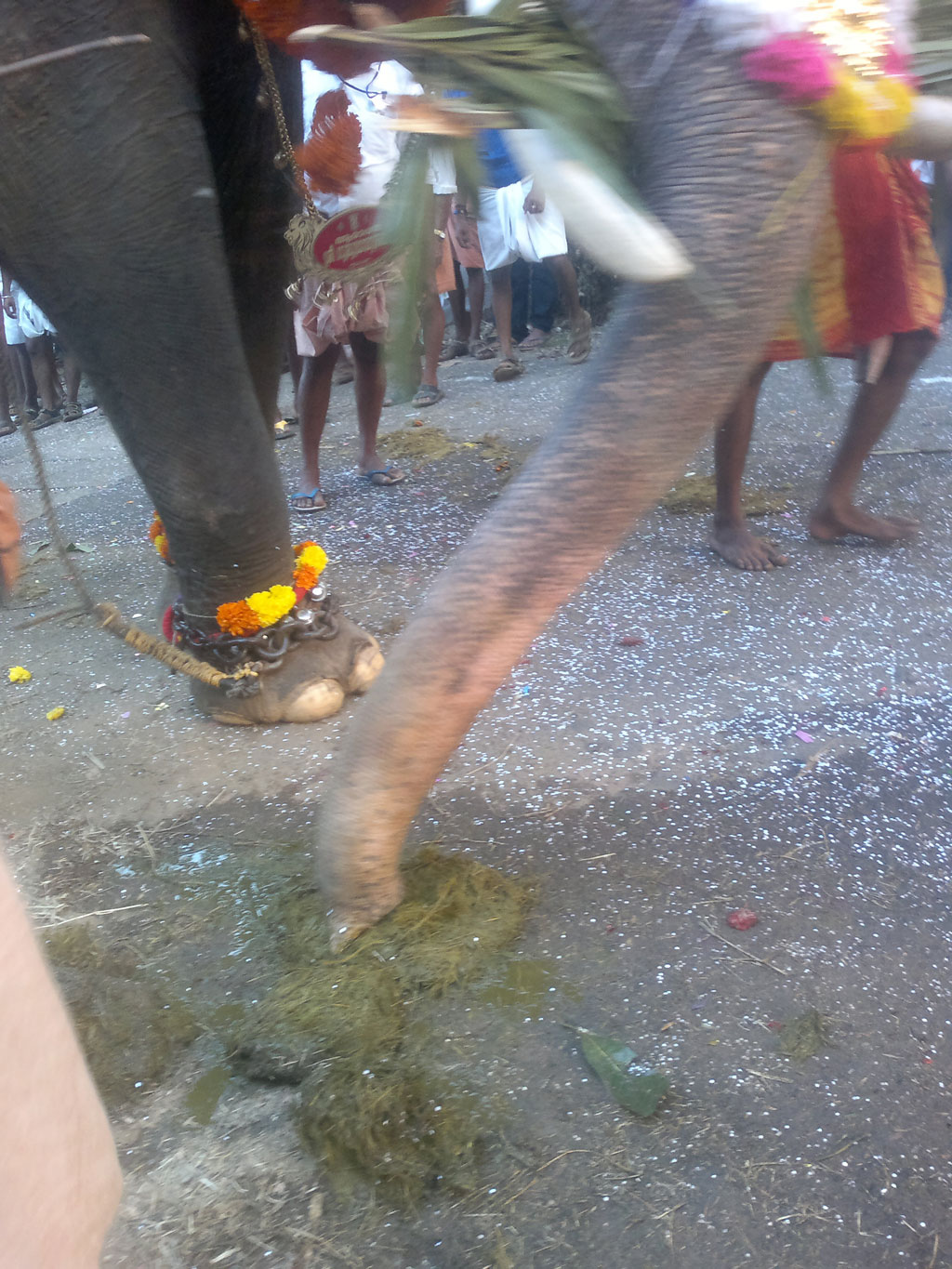 The rules also say that chains and hobbles with spikes and barbs should not be used for tethering elephants and that they should not be made to walk on tarred roads under a hot sun for long durations without rest. Bursting crackers near the elephants is also not permitted. Rules require that the animals are provided with sufficient food and water and services of veterinary doctors. 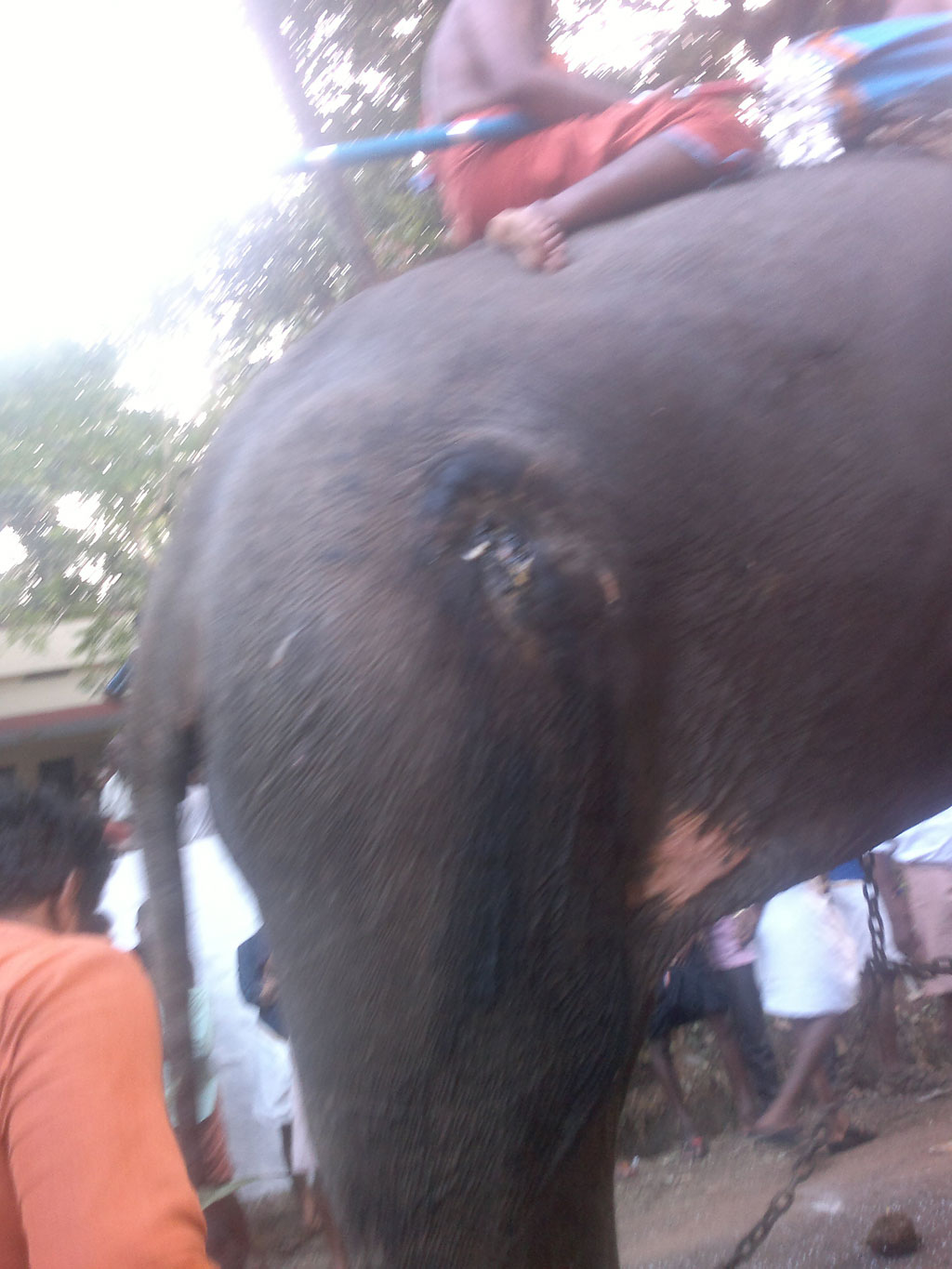 "However, all these rules are being violated in the state," points out V K Venkitachalam, secretary of Heritage Animal Task Force, a group that has been closely watching and documenting all elephant-related developments in the state. "The government has been relaxing the rules for temples and other religious groups."

Animal rights groups say that despite the state's rules, temples and other festival organisers often violate laws such as the Wildlife Protection Act, 1972, the Performing Animals (Registration) Rules, 2001, the Kerala Captive Elephants (Management and Maintenance) Rules, 2003, and Prevention of Cruelty to Animals Act, 1960.

The court has directed the Chief Wildlife Warden of Kerala to make sure that all captive elephants in the state are registered under the Wildlife Protection Act. Captive elephants for which there is no ownership certificate should be appropriated by the state, says the order.

Under the captive elephants rules, it is mandatory for the owners of the elephants to keep a data book with details of the upkeep and veterinary care given to the animals. Observing that this was not followed properly, the court has asked the state to ensure implementation of this rule and take strict action if the owners fail to do so.

The Supreme Court has also asked all temples and temple administrations which organise festivals involving captive elephants to register themselves with the district committees within six weeks.

"With this order from the Supreme Court, the Kerala government will no more be able to give exemption to temples and other groups organising festivals from adhering to the Captive Elephant Management and Maintenance Rules, 2012,” Venkitachalam says.