Tale of two Roses: How one discovered another, 125 years ago

How rosarian MS Viraraghavan and his wife Girija introduced Richard Rose, a water rose named after the man who discovered it in the 19th century 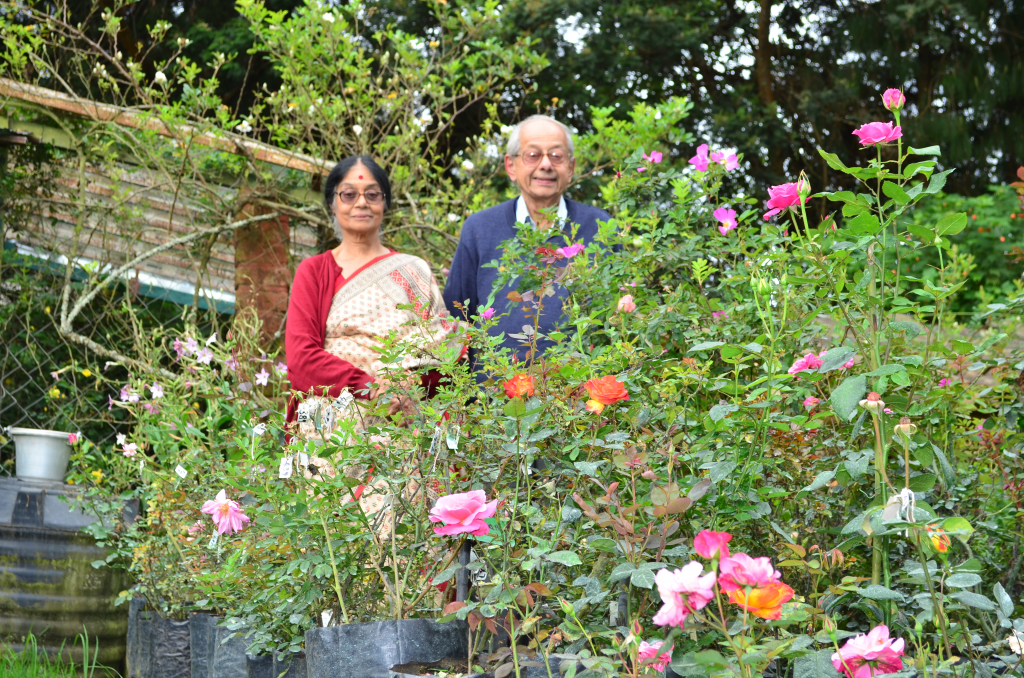 Rosarian S Viraraghavan and his wife Girija, who recently released a hybrid variety of rose and named it ‘Richard Rose’. Photo: Rohit Ghosh

The story starts with a rose and ends in a grave. Its genesis is in Calcutta and touches Kanpur, then again Calcutta. It then takes a 180 degree turn and traverses 8,000 kilometres up to Brussels. It comes back to India, and ends in Kanpur — 125 years later.

The story would have been lost forever had it not been for rosarian MS Viraraghavan and his wife Girija, both octogenarians living in the hills of Kodaikanal in Tamil Nadu.

Viraraghavan served in the Indian Administrative Service in Andhra Pradesh for 20 years. In 1980, when he was 43, he opted for voluntary retirement to dedicate his time to hybridising roses.

Girija is the granddaughter of S Radhakrishnan, the first vice-president of India who went on to become India's second president.

The hills of Tamil Nadu are most suited for growing roses. The couple left Hyderabad and settled in Kodaikanal in 1980. Since then, they have devoted much of their time and energy to hybridising roses.

Viraraghavan recently released a hybrid ‘Richard Rose’, named after a man who, in the last quarter of the 19th century, was the deputy postmaster general of the Kanpur and Lucknow region, then known as the Oudh region.

Richard Rose was born to an English couple on April 12, 1838 at a house on Dharmatala Street in Calcutta. His job often took him to the then undivided Bengal that had many water bodies. He often had to hire boats for travelling.

Once while sailing in 1888, Richard noticed roses sticking out of the surface of the lake. He was intrigued as he had never seen one growing in water before. So he collected a few as samples and gave them to David Prain, director of the Calcutta Botanical Garden, to study.

Prain, in turn, sent the roses to Francois Crepin, a well-known taxonomist and director at Meise Botanical Garden and Herbarium, near Brussels in Belgium for further research.

The accompanying letter that Prain sent along with the roses in 1888 still exists at the Botanical Garden in Belgium. It reads:

“The chief of the post office in the province of Oudh- R. Rose Esq.- an ardent gardener himself, visited these gardens last week and told me that a year ago he was ordered to go down to Dacca in East Bengal to have charge of the postal arrangements for this postal province (which includes Sylhet) for some time.

While there, his duties took him on a journey such as I have described, (going by boat through rivers and streams, and little lakes called ‘jheels’) and he found when sailing though these jheels that from end to end of the province they were full of a wild rose, hitherto unknown to him, which had no leaves upon it and was in full fruit only the fruits being above the water.

This fact he had mentioned on returning to Lucknow (now the capital of the state of Uttar Pradesh) to his friends there who said it could not be a rose at all, but he had brought seeds away with him; some of which germinated and throve quite well till the ensuing hot weather (that is, April) when all died one by one within a month.

This account is that of a very observant man, and it supplies at one moment an explanation to all the difficulties I have had in considering the habits of this rose.”

The Viraraghavans saw the letter on their visit to Belgium in 1995.

Girija said: “What Richard Rose had discovered was the only tropical rose species in the world. It grows in or close to water.  Similar species had been found earlier in the Himalayas but they were subtropical in nature. Richard found the truly tropical species, growing in water, unlike the others.”

The scientific name of the rose was earlier rosa involucrata and was later changed by botanists to rosa clinophylla.

Viraraghavan’s focus has always been on hybridising the tropical species of roses. He started working on the rose discovered by Richard Rose in 2015; result has finally bloomed now.

He decided to name the variety after Richard Rose. 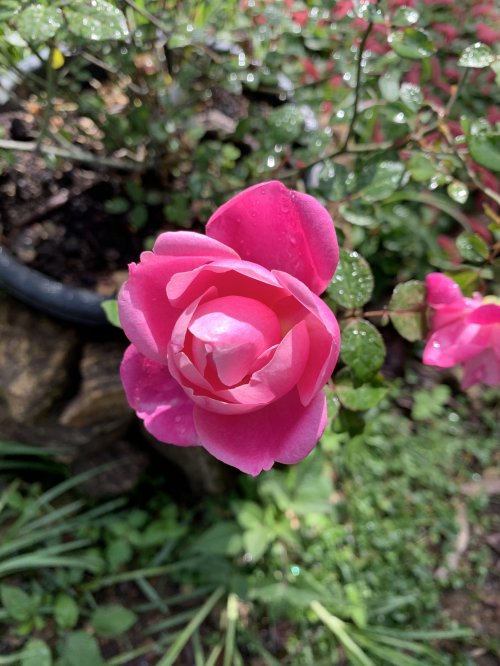 Girija said, “When we name a rose after a dead person, we inform his or her family or descendants.”

Girija dedicated plenty of time to finding the descendants of Richard Rose, and was finally able to establish the family tree. So she tried to contact them, but did not get any response.

She also tried to find a photograph of Richard Rose, but failed.

From the documents of the Church of England, Girija came to know that Richard Rose died in Kanpur on 25 August, 1896, and was buried at the city’s Lal Kurti Cemetery.

“We will release the rose along with the photograph of Richard Rose’s grave,” said Girija.

William Shakespeare wrote in Romeo and Juliet: What’s in a name? That which we call a rose, by any other name would smell as sweet.

It’s a coincidence that a new variety of rose will not be known by another name but as Richard Rose. And it has a distinctive rich, spicy fragrance, according to Girija.