Tenth whale carcass found in Odisha in a year 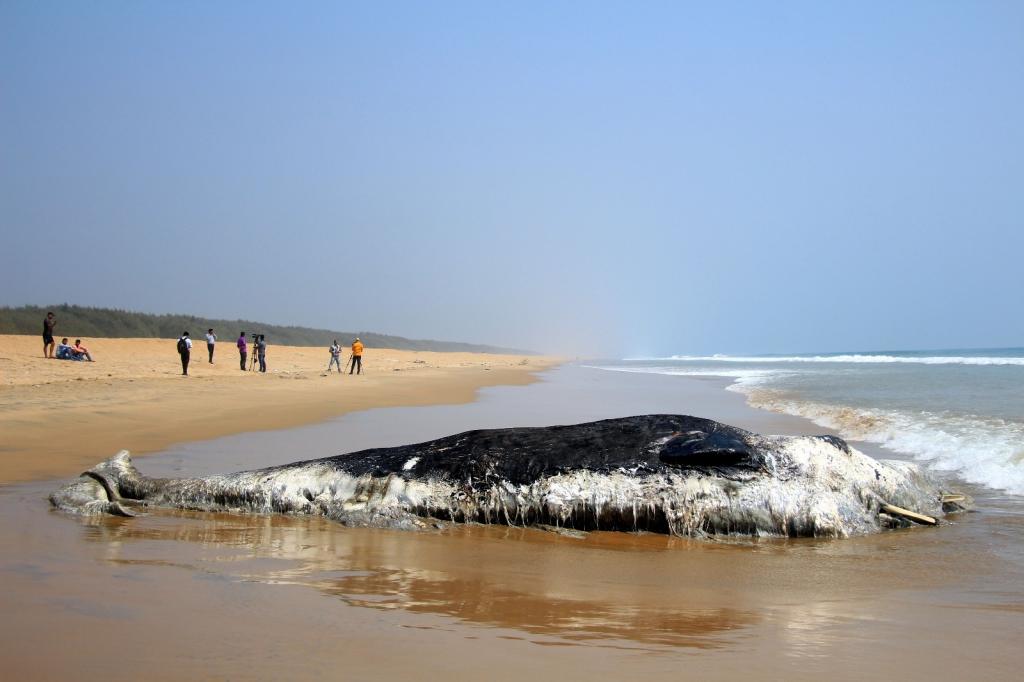 The carcass of a 25-feet-long Sei whale washed ashore on March 13, 2019, at Ramachandi beach — that falls within the Bramahagiri forest range — in Odisha’s Puri district. It was the 10th whale carcass found on shores in the state within a year.

“The whale was, perhaps, hit by some ships or big fishing vessels in the deep sea, and after it died, its body washed ashore. It was a Sei whale,” said Rajat Mohapatra, forest range officer of Bramahagiri forest.

The whale was highly decomposed, had scars and evidence of previous entanglements. Entanglements are common with this particular specie of whale because of their feeding habits.

“Deaths of at least 10 giant whales on the 484 kilometre-long Odisha coast within a year has baffled many environmentalists, mammal researchers and forest officials,” said Biswajit Mohanty, noted environmentalist and Secretary of Wildlife Society of Odisha.

The carcass of 15-foot-long Melon-headed whale was found at Sahana beach near Devi river mouth in Puri district, some eight months ago. Similarly, two whale carcasses were found on Eakakula beach; and another Sei whale carcass was found on Satabhaya beach.

“Several factors may be behind the whale deaths, including the face that they might have been hit by a ship or deep-fishing vessels. Also, whales move in groups and sometimes enter shallow water where there are more dangers,” said Sudhakar Kar, a former senior wildlife researcher at the state forest department.