The Earth is not for humans alone, says NGT over Deepor Beel 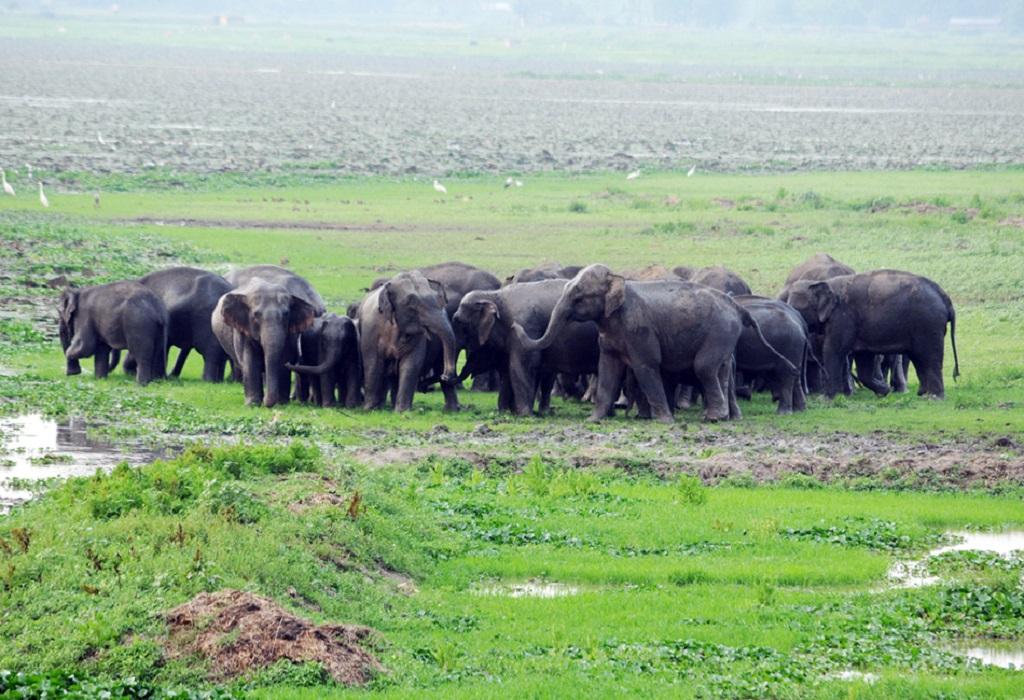 The National Green Tribunal (NGT) has noted that the earth is not for humans alone and that all creatures, including wildlife have a right over it in a hearing on Deepor Beel.

Deepor Beel is a permanent freshwater lake located to the south-west of Guwahati city, in Kamrup district of Assam. Lying in a former channel of the Brahmaputra river, it lies to the south of the main river channel. It is also a Ramsar Site and wetland as per the Ramsar Convention.

The Beel has been fighting for its very existence since the past few years. Real estate players have been encroaching on it.

There is also a huge trash dump near the Beel. And a Municipal Solid Waste (MSW) Plant where the waste from a rapidly expanding Guwahati ends.

On January 22, 2017, 22 Greater Adjutant storks were found dead in Deepor Beel. While the cause of death is not clear, many suspect that it was because the birds used to eat trash at the garbage site.

Moreover, a railway track runs through the water body, near its south bank. Sometime ago, the Northeast Frontier Railway (NFR) conducted a survey of the area for a second railway track that will pass through a part of the Deepor Beel Wildlife Sanctuary which is used by elephants as a major corridor.

Deepor Beel has been subject to litigation in the past few years. In 2014, Kaziranga-based environmentalist Rohit Choudhury filed a petition (Application No 472/2018, Rohit Choudhury versus Union of India and others) against damages being done to the Beel due to pollution and encroachment.

On October 9, 2018, the principal bench of the NGT, New Delhi, asked the Northeast Frontier Railway (NFR) to stop laying of the second railway track.

The NGT also made it clear that the railway authorities had to follow the steps recommended in the tribunal’s order of January 18, 2018.

“If the railway authorities fail to comply with the directions, appropriate coercive orders shall follow,” the NGT order had said.

On December 18, 2018, the NGT granted a period of two months to the Assam government for shifting the MSW Plant at the Beel.

The state government had also promised the tribunal that the railway authorities had proposed to construct a tunnel between gate no. 273 and 274 through which the new railways tracks would pass. The proposal had been submitted to the state government and a decision on that was awaited and would be informed by the government to the NGT.

On February 26, an NGT bench at New Delhi consisting of Justice SP Wangdi, Justice K Ramakrishnan and Satywan Singh Garbyal observed that the railways had not reduced the speed of trains passing through the area. It had also not synchronised the timing of the trains at the level crossings.

“It may be observed that the earth is not for humans alone. All creatures including wild animals have a sacred right. Economic consideration no doubt is important for development but, it should not be at the cost of ecology, bio-diversity and the environment. We may refer to the case of Indian Council for Enviro-Legal Action vs. Union of India and Ors. in this regard,” the bench observed.

And in a scathing attack on the state government, the NGT noted that enough time had been granted to it to shift the MSW Plant.

If an alternative place is not identified in the next meeting of the government Committee on this matter, the MSW Plant shall be directed to be closed in addition to imposition of exemplary penalty, the court said.

Speaking to Down To Earth, Rohit Choudhury said, “This is a very important direction given by the NGT with respect to the Deepor Beel. The observation has given importance to wildlife.”

He added, “I hope this direction will bring great relief to the elephants of the region. I would request the state government to implement the directions of the NGT soon.”