The ethical and cultural case for culling Australia's mountain horses

Horses need to be removed from Australia's mountains.The debate now is around ethics and their role in Australia 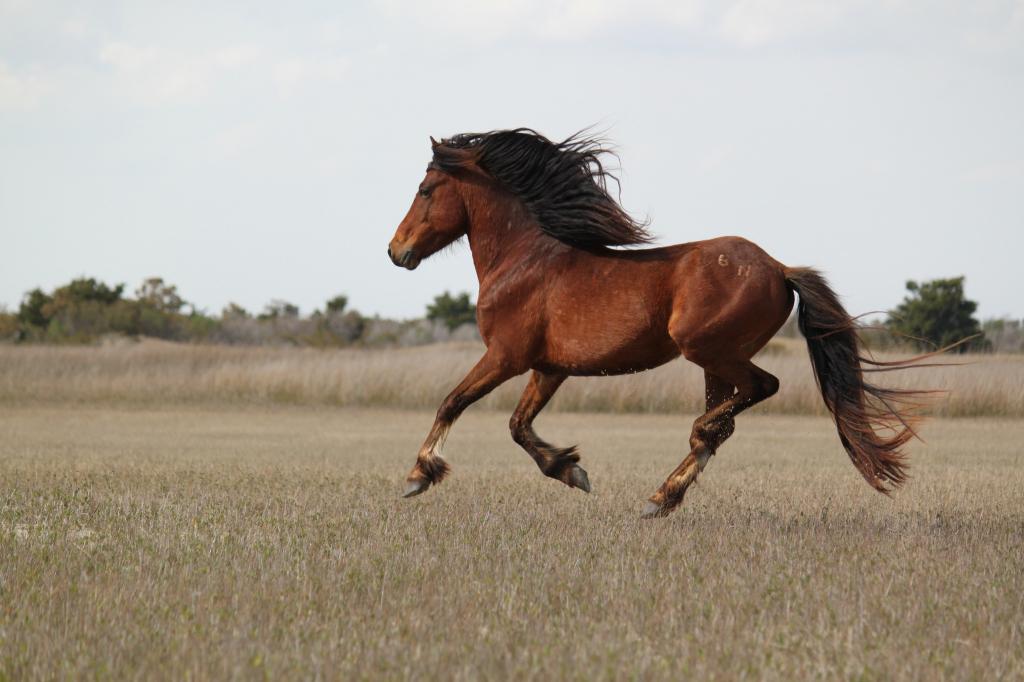 Australia has one of the largest feral horse populations on the planet, with 400,000 horses roaming the country. Credit: firelizard5/Flicker

The fate of wild horses in Australia’s alps is once again stirring passions, particularly the idea of shooting them. The suggestion has prompted street protests against it, and public statements from academics (including myself) endorsing the idea.

Victoria and New South Wales have not yet made decisions on what to do about the horses. In New South Wales, public comment has closed on the Kosciuszko National Park Draft Wild Horse Management Plan 2016, and now public servants have to weigh up the comments, take heed of political fears and sensitivities, and come up with a way forward.

The evidence that wild horses need to be removed from Australia’s alps because of their impact on high country ecosystems and species is very strong. The debate now revolves around the ethics of how to remove horses, and their role in Australian culture.

This issue of horse welfare has recently been substantially clarified in a report as part of reviewing the Kosciuszko plan. The report, prepared by an Independent Technical Reference Group, scores the welfare outcomes of a full range of horse control, considering pursuing horses, capturing and transporting them, and their ultimate fate.

Although a common perspective is that it would be nice to round up the horses and move them out of the national park, it turns out that this would result in one of the worst animal welfare outcomes.

The vast majority of horses captured (82%) in Kosciuszko National Park are not re-homed, but killed in abattoirs. The long journey to abattoirs in South Australia and Queensland was ranked as having a severe impact on horse welfare, rated seven out of a maximum score of eight.

In contrast, aerial shooting, when properly implemented by well-trained pilots and marksmen, had a moderate effect on horse welfare during the short chase (rated four out of eight), and there were no concerns about suffering when the horse is shot, as it is quickly killed.

Even fertility management had an impact rated six out of eight (and cannot be implemented at the scale needed to solve the Kosciuszko horse problem).

Animal welfare in the environment

There are around 10,000 wild horses in Australia’s alps, and 6,000 in Kosciuszko. By eating and trampling habitat, horses likely cause many individual native animals to suffer. These impacts are generally unseen, and are typically neglected when considering the ethics of culling horses.

Horses have a negative impact on alpine ecosystems, upon which native species depend, including the broad-toothed rat and the alpine water skink(critically endangered in Victoria).

In all arguments about culling invasive animals (or over-abundant native animals) it is a fundamental logical mistake to ignore the impacts of pests on the welfare of other animals, on the viability of populations and on the risk of species' extinction.

In his article A “Practical” Ethic for Animals, animal welfare expert David Fraser proposes four principles that, if applied, would ensure full consideration of the ethics of culling horses.

(1) to provide good lives for the animals in our care

(2) to treat suffering with compassion

(3) to be mindful of unseen harm

(4) to protect the life-sustaining processes and balances of nature.

This set of principles gives weight to both humane control methods, as well as suffering of other species if the culling is not undertaken, impacts on populations and risks of extinction.

While it is nicer if you don’t have to kill horses, when you weigh up the misery horses suffer if left in the wild, the unseen impacts on native animals, the damage to ecosystems and the likely heightened risk of extinction of already threatened species, leaving horses in the Australian alps is not a choice with ethics on its side.

A cultural affiliation with horses is widespread around the world, including in the US, Spain and many South American countries.

Australia is no exception, epitomised by the poem “The Man from Snowy River)” by Banjo Paterson. This stock horse culture is widely celebrated in Australia. We saw it at the Sydney Olympics opening ceremony where stock horses were celebrated alongside those other classic Australian icons of lawnmowers and clothes lines.

We don’t need to celebrate Australia’s stock-horse culture by having horses in fragile alpine ecosystems where they cause environmental damage. There are other ways to celebrate culture, including through the network of mountain huts, many originally built for men rounding up cattle or horses. Indeed, there is already extensive signage highlighting this cultural history at huts around Victoria. The mountains' cultural history can be preserved in other ways. Don Driscoll, Author provided

There may also be ways to maintain small wild-horse populations through collaborations across private properties around the mountains of NSW and Victoria. These would open up opportunities for tourism by providing “man-from-snowy-river” cultural experiences in places more appropriate than our national parks.

Australia has one of the largest feral horse populations on the planet, with 400,000 horses roaming the country. Areas set aside for nature cover less than 10% of New South Wales and 17% of Victoria. There is plenty of space outside reserves for horses, but conversely, very little area set aside for our natural heritage.

Considering the ethics of balance, one that takes into account humane treatment of horses, native wildlife, species and ecosystems, horses should be rapidly and humanely removed from alpine parks in Victoria and New South Wales.