Tigress Sundari, brought to Odisha from Madhya Pradesh in 2018, heads back home 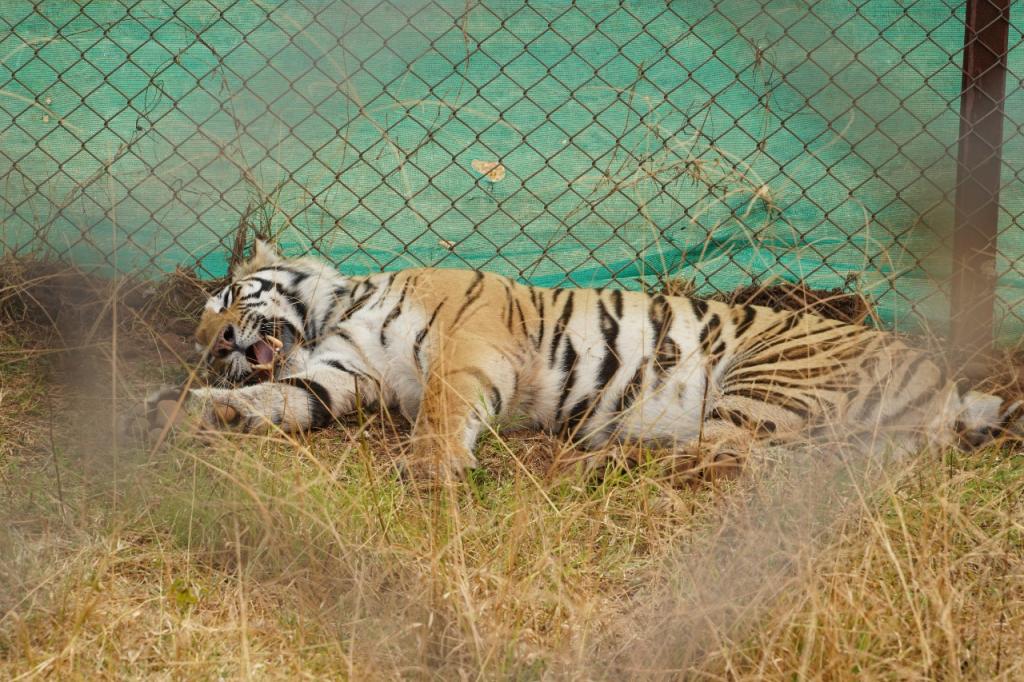 Sundari, the tigress, started for her home in Madhya Pradesh's Kanha National Park on the evening of March 23, 2021 after spending close to three years in Odisha. She was tranquilised by a team of experts from MP at 4 pm and was put in a cage-fitted van, after three-four hours of medical observation.

The tigress was in good health when she began the journey and will reach Kanha on March 24, a forest official said.

A seven-member team of experts, including a veterinarian from Madhya Pradesh (MP), had reached Satkosia in Odisha’s Angul district on March 22 to observe Sundari's behaviour and health.

“We were examining the health of the tigress to understand if it is fit to be transported 700 kilometres by road,” a team member said.

After shifting, the animal will be kept in the Ghorela enclosure in Kanha, which is now lying vacant, said Odisha’s principle chief conservator of forests, Shashi Paul.

Sundari, was brought to Odisha from MP in June, 2018, along with Mahavir, a tiger, as a solution to the dwindling tiger population in Odisha. It was the first inter-state tiger relocation project undertaken in India.

In November 2018, Mahavir was found dead in a jungle near Nuagada in Hindol forest division, suspected to have been killed by poachers.

Sundari attacked some villagers at the periphery of the reserve and killed at least two persons and several cattle, soon after Mahavir’s death.

The tigress was kept in an enclosure by the forest personnel following the resentment of the villagers following the attacks. Two years ago, angry villagers ransacked a forest beat house and set a range office at Tikarpada on fire to protest the Odisha government’s proposal to bring two more pairs of big cats to Satkosia, said a forest officer.

“The project is now being suspended and there is no proposal to bring more pairs of the tigers to this area,” said Paul.

“We had opposed the project from the very outset. Satkosia is not a suitable place to release tigers,” said Biswajit Mohanty, a former member of National Wildlife Board, adding that a lot of money was wasted for this project.

The forest department should have consulted the locals before implementing the project, he said.