Ranipur Wildlife Sanctuary in Chitrakoot district has no tigers of its own; but pugmarks are frequently seen as tigers from nearby Panna frequent it 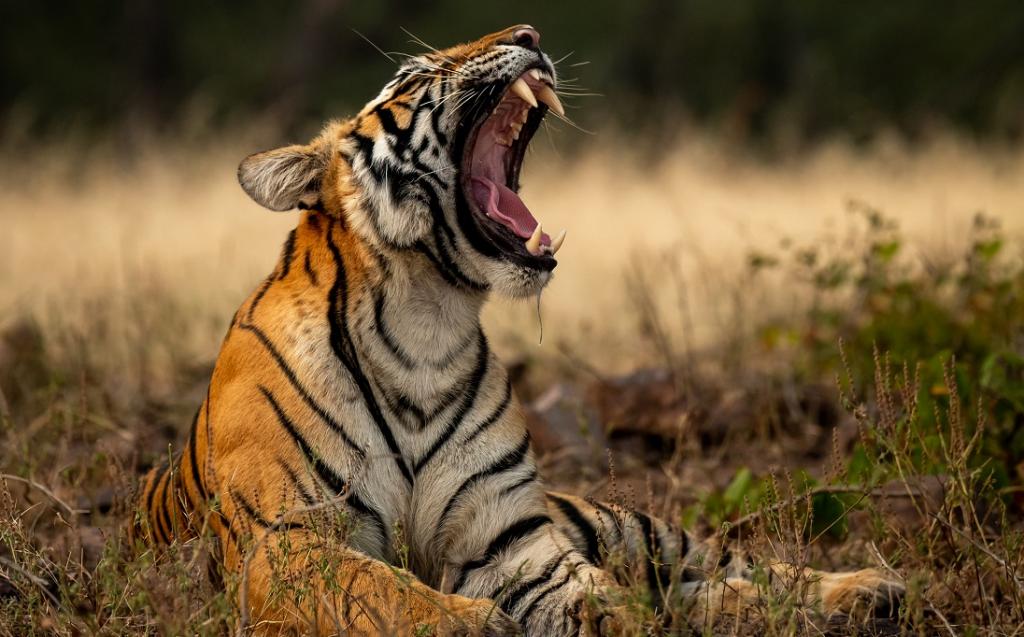 The Uttar Pradesh (UP) cabinet September 27, 2022 approved the notification of the state’s fourth tiger reserve in the Ranipur Wildlife Sanctuary (RWS) in Chitrakoot district, the state government stated in a statement.

RWS has no tigers of its own. But pugmarks of the animals are frequently seen there as tigers from nearby Panna frequent it. The two protected areas are just 150 km from each other.

RWS is an important corridor for the movement of tigers, according to the Status of tigers, co-predators and prey in India report by the National Tiger Conservation Authority (NTCA).

Camera trapping had been conducted by the forest department in RWS during the last estimation of tigers by the NTCA in 2018. The 12 tiger photo-captures showed that there were three tigers — one male and two females — in Ranipur.

The UP cabinet approved the notification of Ranipur Tiger Reserve under Section 38(v) of the Wild life (Protection) Act of 1972. The tiger reserve will span across 529.89 square kilometres (sq km), with a 299.58 sq km buffer zone and 230 sq km core area, which was already notified as the RWS in 1977.

The Ranipur Tiger Reserve has tropical dry deciduous forests and is home to fauna such as tigers, leopards, sloth bears, spotted deer, sambhar, chinkara and a number of birds and reptiles, the statement added.

The Ranipur Tiger Reserve will be the fourth in UP, after Dudhwa, Pilibhit and Amangarh (buffer of Corbett Tiger Reserve). It will also be the first in the state’s portion of the Bundelkhand region, which it shares with neighbouring Madhya Pradesh.

A Ranipur Tiger Conservation Foundation will also be established for the protection and conservation of tigers in the region.

The notification of Ranipur Tiger Reserve has been in the pipeline for long. The UP forest department had sent the proposal to the state government to notify the RWS as a Tiger Reserve back in 2018 itself.