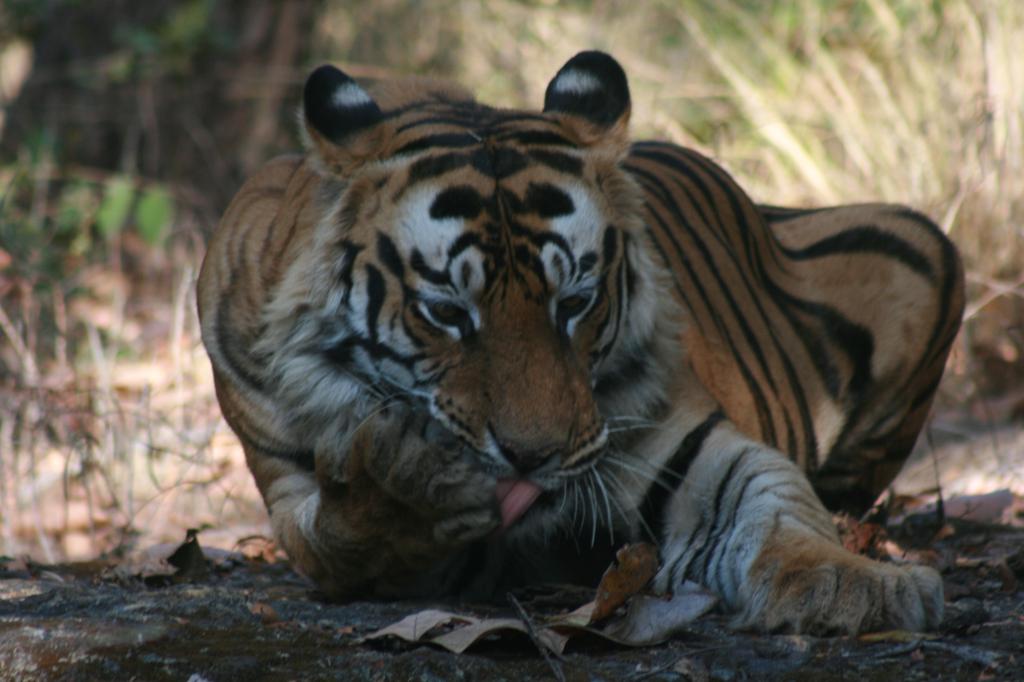 Uttarakhand has registered an increase in poaching cases from 2014 to 2016 (Credit: Sunita Narain/CSE)

In the light of increase in tiger poaching incidents in Uttarakhand, the state’s forest minister, Harak Singh Rawat put the blame on poachers from Uttar Pradesh.

“The poachers come from Uttar Pradesh and go back there. We cannot patrol that area. To stop poaching, we are going to fence Corbett's areas adjoining UP. We are also going to start surveillance in the area using drones. We have already got two drones for the purpose," he said.

Recently, the honorary wildlife warden of Rajaji Tiger Reserve, Rajeev Mehta, said that around 20 tigers have been poached in Corbett National Park in the last two years. Mehta also questioned the inactivity of Corbett authorities and the lack of surveillance.

Speaking to Down To Earth, Rawat also said that he has demanded additional resources from the government to better protect wildlife. “I have asked the government for an increase in forest guard funds as well as increase in their numbers. There are 700 vacant positions of forest guards in Uttarakahnd Forest Force, I’ve directed the concerned agencies to fast track the process,” he said.

To improve conservation effort in Corbett, 50 per cent of the revenue generated by the park will be used for its development, increasing from the current share of 10 per cent, Rawat said.

While the state has a healthy biodiversity, along with the highest number of tigers in any Tiger Reserve (215 Corbett National Park), it doesn’t have a regional branch of Wildlife Crime Control Bureau (WCCB), the central body created to combat organised wildlife crimes. Rawat said that the process for creating a regional branch of WCCB in Uttarakhand is underway.

Former Union Minister for Environment, Forests and Climate Change Anil Madhav Dave gave details of poaching incidents in the country speaking in the Rajya Sabha in April 2016. The “confirmed poaching including seizure” incidents have increased from 79 in 2014 to 121 in 2016. In Uttarakhand, too, these incidents have registered an increase. While there were two “confirmed poaching including seizure” cases in 2014, the year 2016 saw six such incidents in the state—highest in the country along with Madhya Pradesh.