Victory for Jharkhand tribals: Netarhat firing range not be renotified 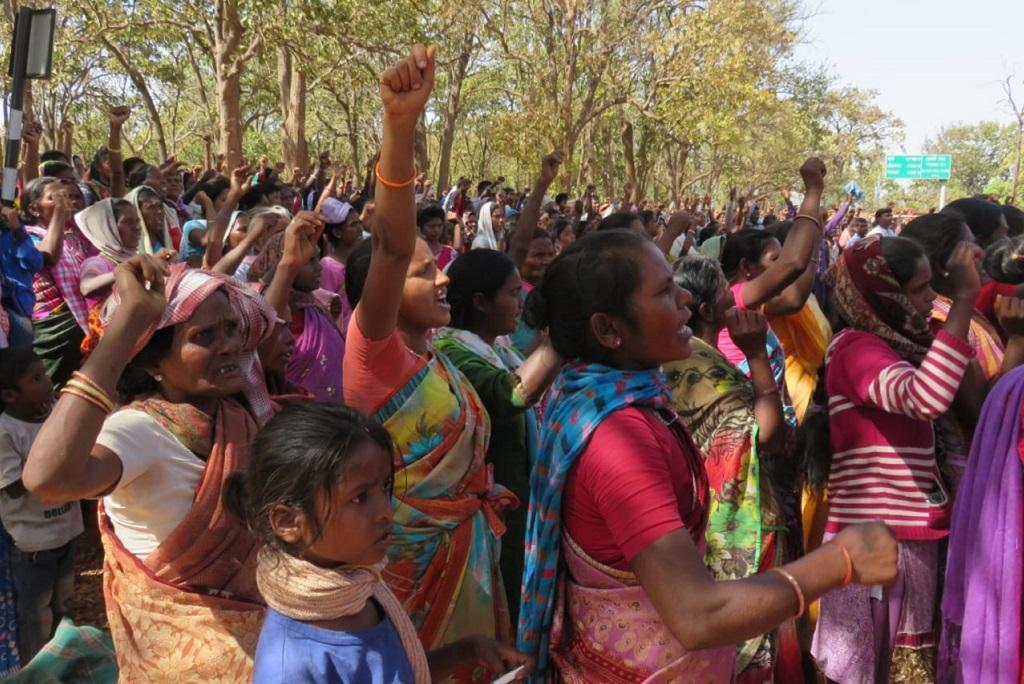 Tribal people of 245 villages in Jharkhand had been protesting for three decades against the Netarhat Field Firing Range. Photo: Elin Archana Lakra

The Jharkhand government will not renew the notification of the Netarhat Field Firing Range, which expired May 11, 2022. This is a huge win for the tribal communities in the area that had been protesting artillery training by the Army for over three decades.

The then-undivided Bihar government in 1954 gave 8 square kilometres in seven revenue villages of the Netarhat plateau to the Army for cannon firing. The land was given to the Army under Section 9 of the Army Manoeuvres Field Firing Artillery Act, 1938 and regular artillery exercises were carried out in the area from 1964 to 1994.

The government increased the scope and duration of the range in 1991-92 through a gazette notification. Over 1,470 square kilometres of land across 245 villages in Latehar and Gumla districts was notified, which was extended till 2022. The notification was extended in 1999 till May 11, 2022.

From 1964 through 1970, the Army set up their cantonment areas and extensively practised firing cannons. The tribal communities in the forested areas of the districts alleged atrocities by soldiers practising in the range.

Protests by the communities led to the formation of Jan Sangharsh Samiti, an organisation leading the protest against the firing range. The body is among the few non-violent movements in Independent India that have continued for over three decades.

The area comes under the Fifth Schedule Area and is governed under the Panchayats Extension to Scheduled Areas (PESA) Act, 1996, which says gram sabhas have the right to decide on community resources in these areas.

The Panchayat system was brought in very late in Jharkhand, so the implementation of PESA is weak in the state. However, there has been a large-scale awareness among the masses about their specific constitutional protection.

The firing range has always played a large role in the politics of the state as there are three assembly constituencies in this 1,475 sq km.

Jan Sangharsh Samiti has had some significance during poll politics as a result. After the division of Bihar into two states, political parties have always made promises to Jharkhand’s tribal people, but no action was taken over the alleged atrocities on the communities. The same parties would keep quiet while in office and then raise the issue loudly when in Opposition.

However, Chief Minister Hemant Soren finally broke this cycle by deciding not to notify the firing range. Soren’s party, Jharkhand Mukti Morcha, has often raised the issue in Parliament. However, a concrete decision by the party while in office has been taken for the first time.

A letter by the deputy commissioner of  Latehar district to principal secretary of the Jharkhand government dated June 4, 2022, lists the reasons for not extending the notification.

The deputy commissioner included a survey by Jan Sangharsh Samiti listing the alleged atrocities on local communities, especially the tribal women. The findings of the survey were described as ‘shocking’.

“The rape of tribal women by Army personnel was common. Two women mentioned in the survey died after being gang-raped by soldiers. There are at least 28 such women survivors,” the letter said.

At least 30 people lost their lives during and because of the artillery exercise. The blasts disabled three people. Soldiers routinely stole the tribal communities’ livestock like sheep, goats and chicken, it added.

Several discussions between the Samiti and the government have been cited in the letter, but there is no reason for the lack of concrete conclusion.

Samiti’s arguments to not notify the range were justified by the deputy commissioner in the letter. “Latehar and Gumla districts come under the Fifth Schedule Area, where PESA is applicable and the gram sabha has constitutional powers,” the letter said.

The village heads of the affected areas have decided the land inside the village limits should not be available for the firing range. Therefore, the notification for the land should not be extended, it further said.

The letter also gave the details of 39 gram sabhas held between 2021 and 2022 that have unanimously passed resolutions to cancel the project, which has also been sent to the governor.

“All the powers related to the operation of the field firing range and artillery exercises in Section 9 of Chapter-2 of Army Manoeuvres Field Firing Artillery Act, 1938 are under the state government. Decisions in the matter by the government should respect the resolutions passed by the gram sabhas,” the letter concluded.

The state government has taken cognisance of the letter and cancelled the notification for the range. Soren should receive credit for the step, which keeps in mind the interests of the tribal communities.

It is worth mentioning that Soren has fulfilled both his poll promises — withdrawing sedition cases imposed by the Bharatiya Janata Party government during the Pathalgadi movement in the state and cancelling the firing range’s notification.

Jan Sangharsh Samiti said the decision is a big victory for the tribal people, who see it as freedom from the atrocities committed since 1964. However, there are more challenges to the welfare of these communities in the form of bauxite mining and tiger reserves.

The PESA Act is still not implemented in the state in its original spirit, said Kujur. “The condition of the Forest Rights Act (FRA) is also very bad. Now, the government should insist on correctly implementing these two laws, in which it will get full support from the community,” he said.

Kujur added the community would also take active initiative towards securing their rights under the FRA.