We tracked South Africa’s sardine run over 66 years: here’s what we found 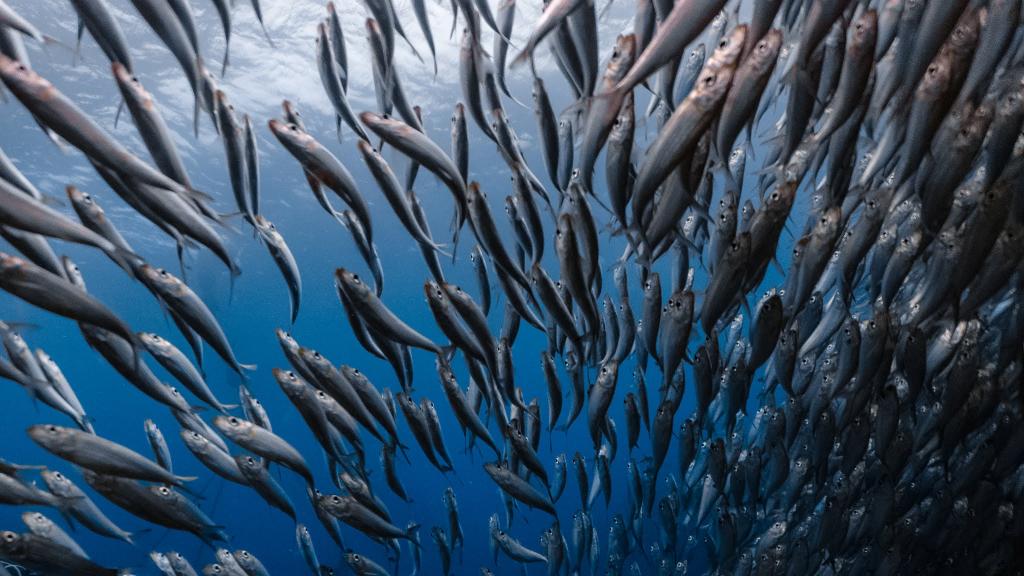 The sardine run is of great economic importance because it provides prime fishing opportunities and attracts large numbers of tourists. Photo: Shutterstock

The sardine run is well known among residents of the KwaZulu-Natal coastline that runs along South Africa’s east coast. Every year in winter, sardines migrate close to the shoreline. The event is well documented in the local press.

The sardine run is of great economic importance because it provides prime fishing opportunities and attracts large numbers of tourists who come for dolphin and shark sightings. Similar migration patterns are seen in Sweden, Chile, and the Pacific Ocean.

The sardine run is what scientists term a “phenological event” — a biological event that occurs at the same time every year. Phenological events are standard for plants and include the appearance of leaf and flower buds, blossoming, fruit development, fruit harvest and leaf colouration and fall.

For animals, the events are more varied and include hibernation, hatching, animal calls, moulting, and in the case of birds, game and fish (among others) migration.

Scientists have become very interested in phenology over the past few decades, because it’s one of the most sensitive biological indicators of climate change. As temperatures increase, the plants or animals experience their triggers for spring earlier and their triggers for winter later. As a result, many of these phenological events are occurring at different times of the year.

We then explored how the dates of the sardine run have changed over the 65-year period, and statistically examined oceanographic and climatological factors to determine the cause of this change. We did this because there are very few phenological records for South Africa and consequently, the rate of phenological shifts and the associated climate signal is largely unknown.

Phenology is highly species and location specific, and so it’s important to reconstruct records for as many locations and as many plants and animals as possible. It’s also known that climate affects the timing of phenological events globally, including marine environments.

Our research sought to determine changes in the pattern of the sardine run and, possibly, what might be behind them. The hope is that this can help fisheries plan for delays or failed migrations which are happening more frequently.

For many species these events are happening earlier. This is because they are spring events and, under climate change, the temperatures that are perceived by plants and animals to be the onset of spring are occurring in late winter. For events that occur in autumn, the events are often occurring later, because the cooling that marks the start of winter has not yet occurred.

This is the case for the South African sardines.

We found that over the 66-year period, sardines arrived off the coast of Durban increasingly late — at a rate of 1.3 days later per decade. Over the six decades this has meant the date has changed from arrivals as early as mid-June at the beginning of the record to dates as late as mid-July in the last decade.

Through statistical analysis comparing the constructed phenological record with climate and ocean data, we hypothesise that the delay could be caused by two things.

First, the ocean water is warmer. Sardines can tolerate a maximum surface temperature of 21°C. But this temperature isn’t being reached consistently at the same time every year due to changes in ocean temperature.

The second factor is mid-latitude cyclones. There have been an increasing number of these in the east coast region. The relationship between them and the sardine run is complex and difficult to pin down. But this has also been recorded for sardine migration in the North Pacific.

The delay is concerning. First, the large influx of sardines is important for the fishery industry. If the sardine run occurs at an unexpected time, or doesn’t occur at all, supply chains are disrupted and fishermen are placed at economic risk.

The unpredictability is also a problem for tourism. The sardine run attracts visitors who are keen on shark and dolphin sightings and may leave disappointed.

The delays in the sardine run also result in food shortages for predators such as sharks, which feed on the sardines. This is termed a species mismatch, and is increasingly observed as a result of climate change induced phenological shifts, where predators and their prey are no longer in the same place at the same time. This is because each species has its own unique trigger for a particular activity.