What dragonflies say about our ignorance of the natural world

There are 6,000 named dragonfly species worldwide but recently 60 new species were found showing how much more we can learn 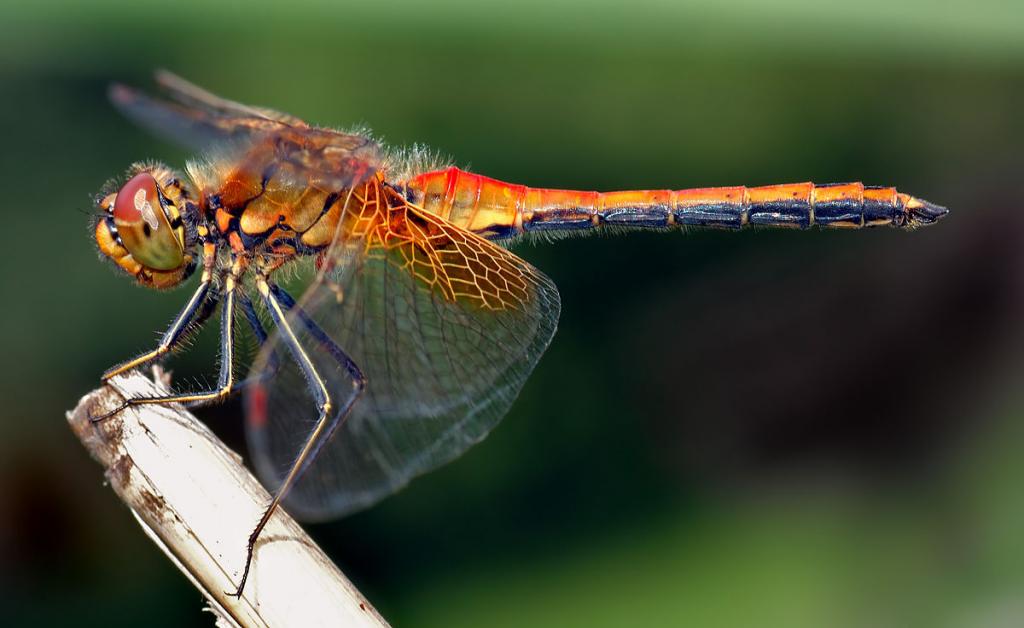 Dragonflies are not studied because they are not proxies of human psyche and society like ants and apes (Photo credit: André Karwath aka Aka, CC BY-SA 2.5)

Of the 8.7 million species of animals, plants and fungi thought to live on Earth, we have only named 1.2 million: 86 per cent of the natural world is uncharted.

For most people, both this incredible richness and our ignorance are hard to fathom. Imagine that each of the 6.5 million species thought to live on land - the rest is marine - had an equal share of it. Each species’ plot - also that of the human species - would cover an area only one-quarter the size of Manhattan. Expressed this way, we as humans have not just far overstepped our bounds, but mapped only the equivalent of Europe, India and China, which make up about 14 per cent of global land surface.

What’s worse, the habits and status of only 80,000 species are known well enough to really assess our impact on them. Of those, 29 per cent risk extinction. So, returning to the metaphor, the species that we’re actually familiar with equal only the combined area of Spain, France and Turkey. And if 29 per cent of all species died out, that would equate to the entire New World voided of life.

In other words: while we’ve had an apocalyptic impact on the biosphere already, it has been charted as well today as the globe was in Columbus’s day. This matters because knowing other species can provide a moral counterweight to life’s runaway exploitation: intact biodiversity is the undeniable proof that humans can inhabit Earth without destroying it.

That’s why naming species is important. Names harness the power of recognition. They acknowledge the other exists. They introduce familiarity. As someone once exclaimed to me “you don’t notice species until you know they can have a name!”

In an era of extinction, there are no greater priorities than to uncover our millions of cohabitants and to share our knowledge of these species. This can be done through research, books, websites, Red Lists of threatened species, field courses, teaching materials and other media. But while every human relies on this knowledge, even if only by reaping the benefits of agriculture and medicine, few see its advance as their primary responsibility.

Few animals can raise that moral awareness of biodiversity better than dragonflies, literally rising from healthy freshwaters in colour and splendour.

Most of what is unknown is not just unseen, but not even being looked for.

There are 6,000 named dragonfly and damselfly species worldwide. These charismatic aquatic insects are regarded as well-known. But last December we published 60 new species in one article. This added one species to every 12 known ones in Africa.

Of course these species existed already, but were not noticed and documented before. Most unknown species may seem indistinct or concealed, requiring meticulous lab-work to uncover, but the 60 were found in accessible places all over Africa and are often recognisable even from a photo.

This May, English nature broadcaster Sir David Attenborough was given a new dragonfly species from Madagascar for his 90th birthday. In the scientific journal Nature I explain that both the dragonfly and Attenborough’s legacy stand for a selfless and unconditional love of nature.

I am often asked what the “use” of dragonflies is. They are not studied because they are not proxies of human psyche and society like ants and apes. They are not feared and persecuted like mosquitoes and snakes. They do not feed people like fish, nor pollinate crops like bees.

Rather, the beauty and sensitivity of these creatures — and so many others — stand for the state and needs of nature before our own. Like the instant sense of insignificance when counting stars, biodiversity stretches our perspective on life. Each species is a world parallel to our own, evoking a sense of being among equals.

What’s in a name

If species embody sustainability and names give them faces, those tags best be memorable. The sparklewing damselfly Umma gumma named for the rock band Pink Floyd’s album “Ummagumma” - slang for making love, is a special favourite. The longleg dragonflies Notogomphus kimpavita and N. gorilla were named for the patron saint and conservation flagship of their Angolan and Ugandan regions respectively.

But who is out discovering species and introducing them to mankind? Nature is held hostage by humanity’s growing demands and so conservationists barely have time to find out who they really work for. Environmental consultancy is captive to the market. Many biologists have retreated into the lab. Without funds for discovery and disclosure, even natural history museums are giving up.

Only nine of our 60 new dragonflies were found while one of us worked for a university or museum. The other 33 were found while doing consultancy and 18 by a teacher. Much of the best biodiversity research and outreach now comes from devoted amateurs and academics working in their free time, showing how close biodiversity is to the human heart.

In a society governed by money, charity is what we do for others for free. But just as we cannot expect volunteers to protect the environment or eradicate poverty alone, we cannot continue life’s elementary and enlightening exploration without support. Nature needs more explorers.