Why poachers persist in hunting bushmeat - even though it's dangerous 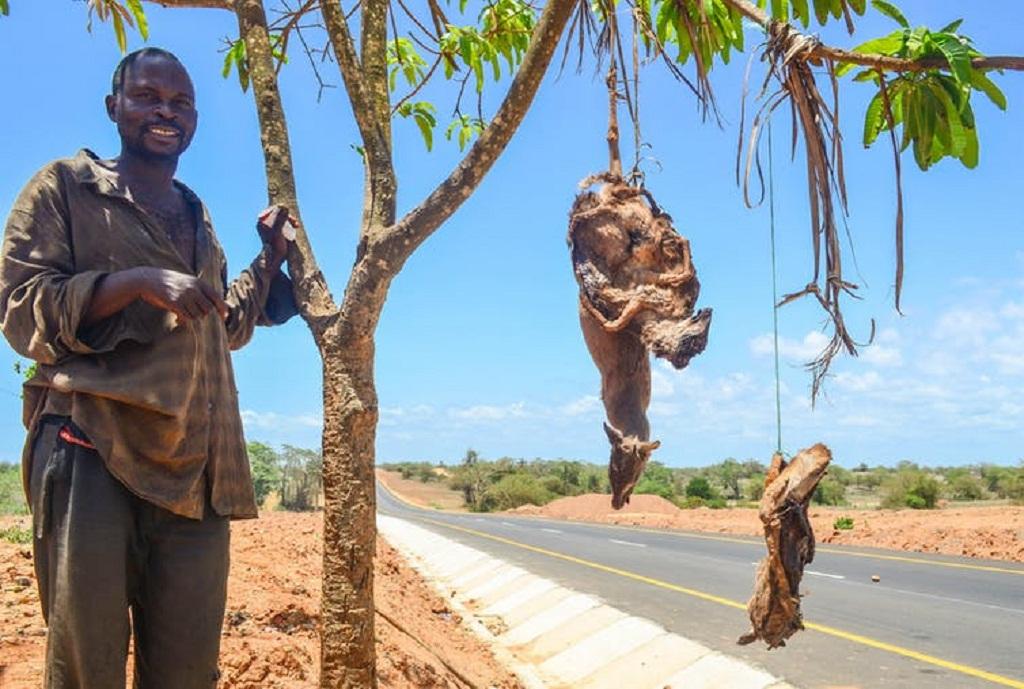 The illegal hunting of bushmeat, or game meat, has long distressed wildlife conservationists. It has persisted in sub-Saharan Africa, attracting international attention and debate. Enforcement by authorities and community-based initiatives have been tried as anti-poaching approaches, but with mixed results. Overall, wildlife populations have continued to plummet.

Why has poaching refused to go away? The answer, as suggested by poachers themselves, is simple: because poaching pays.

We conducted a study with poachers in western Tanzania. Our findings shed new light on what motivates people to poach and shows that poachers benefit considerably while the costs are negligible. The study also knocks down the general perception about who poachers are – they’re not necessarily the poorest of the poor. Rather than hunting for basic subsistence, they take risks to widen their livelihood options and improve their situation.

Our research therefore suggests that current approaches to dealing with poaching are misplaced for a simple reason: poachers vary widely. Bottom-up, or community-based, interventions like providing meat at a reduced cost, are unlikely to work unless the benefits can offset what they gain through poaching. And for those who are poaching out of necessity, top-down measures, like longer prison sentences or greater fines, are unlikely to be effective because they don’t have alternative ways to make an income.

We interviewed 200 poachers, asking them questions about their lives, livelihood alternatives and motivations for poaching. Respondents volunteered information freely and were neither paid nor given incentives for their participation.

We found that illegal hunters are making rational decisions. They earn far more through hunting than through all the other options combined for rural farmers. Over a 12-month period, poachers on average generated US$425. This is considerably more than the amount earned through typical means – such as trade, small business, livestock sales and agricultural sales – which amount to about US$258 each year.

Obviously, benefits are meaningless unless compared to the costs involved. Hunting large animals in the bush carries economic and physical risks. Hunters could get injured, risk imprisonment or lose the opportunity to farm or do other forms of legitimate business.

But, in places like rural Tanzania, the benefits outweigh these costs.

Where farming is the main income generator, there is lots of time available to hunt between planting and harvesting seasons. And with high formal unemployment, labour in a typical household is rarely a limiting factor. We compared poaching and non-poaching households and found that the opportunity costs forfeited by poaching households amounted to just US$116, far below the amount gained through bushmeat sales of US$425. Because other income generating opportunities are few and pay little, poachers have little to lose by poaching.

Other economic costs may come in the form of arrests, imprisonment and subsequent fines. Each time a poacher entered the bush, he faced a 0.07% chance of being arrested. Once arrested, poachers may be fined, imprisoned, beaten or let off. Two-thirds of poachers had never been arrested. Those who had spent just 0.04 days in prison when averaged over a career of 5.2 years. Of those arrested, just over half (56%) had been fined, with fines averaging US$39. For every trip taken, poachers paid just two cents when averaged over their career.

The story here is simple. The majority of poachers never get arrested. And those who do pay a penalty that is paltry compared to the income typically earned.

Physical costs, including injury and possibly even death, have been far more difficult to assess. Outside Serengeti National Park, dangerous wildlife was frequently encountered in the bush and one-third of the poachers questioned had been injured during their hunting careers. Recovery times averaged slightly more than a month. But when averaged over the number of days a poacher spends in the bush (1,901 days), the likelihood of being injured on any given day was remarkably low, just 0.02%.

Still, poaching isn’t easy. Eight in ten respondents claimed it was a difficult activity and that they did it primarily because they didn’t make enough money from legal activities.

Poverty has long been assumed to be a primary driver of poaching activities, however it may not be that poachers are the poorest of the poor.

Our analysis of poachers living along the borders of Ruaha National Park, revealed that they are poor, but not absolutely poor. In the language of the economist Jeffrey Sachs, many poachers may be “moderately poor”. They are unlikely to go hungry in the short term and are able to focus more on expanding their livelihood options.

So, if poachers don’t consider themselves to be poor and consider poaching difficult, why do they do it? The answer may lay in a concept that the Nobel Peace Prize winner Amartya Sen has called “capability deprivation”.

Many poachers lack choices by which to improve their lives. They lack access to income which reduces their chances for further education or entrepreneurial opportunity. Deprived of capabilities to make a better life, many poachers —- at least in Tanzania —- continue to poach to gain agency, rather than just to make ends meet.

One respondent, outside Ruaha National Park, stated that after poaching for six years, he gave it up. His livestock numbers had grown enough to ensure sufficient income the whole year through. This poacher’s story reveals that some threshold of affluence is attainable for longtime poachers to curb illegal activity.

Results here present a new twist for those seeking to protect dwindling wildlife populations. It means that strategies to stop poaching can no longer focus merely on the poorest of the poor. Without other ways to improve their livelihoods, even poachers who can meet their basic needs will continue poaching. For one really simple reason: it pays.