Will Chhattisgarh’s proposed elephant reserve have a smooth corridor 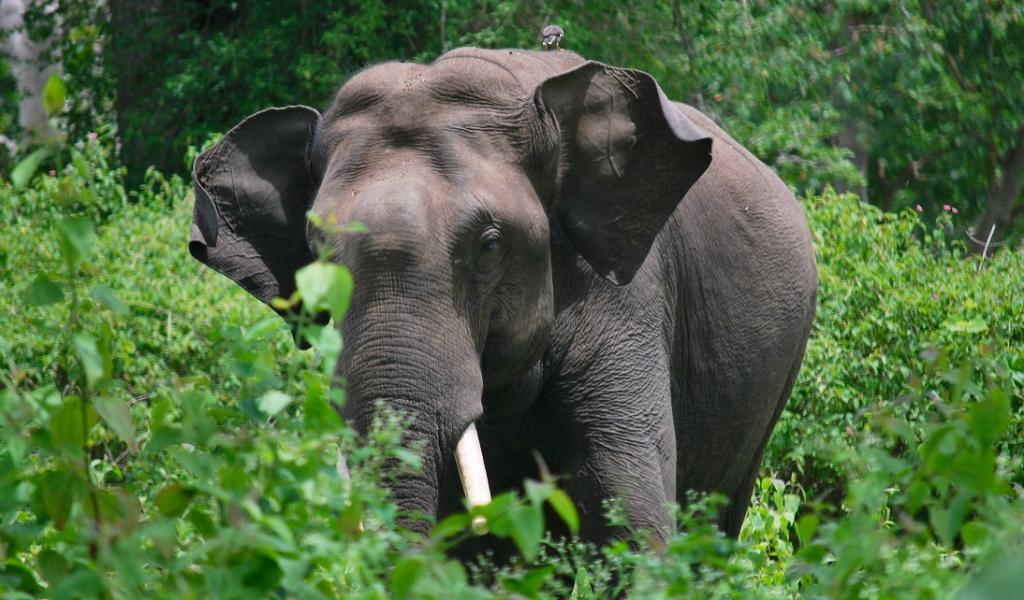 The resolution of elephant-human conflicts may be an urgent need in India, but the Bhupesh Baghel government’s move to create a reserve in Chhattisgarh for the pachyderms may still end up creating controversies.

There has been news of protests in Surguja district days after the Chhattisgarh government notified the Lemru elephant reserve October 13. They have been reportedly worried that 39 villages would be affected by the project.

Chhattisgarh: Villagers in Surguja District object to state government's proposal to extend the area of proposed Lemru Elephant Reserve. 39 villages in the district will be affected by the project.

State Minister TS Singh Deo says, "I will stand by the villagers on this issue." pic.twitter.com/dlnLUlNO0M

Coal blocks in the area, on the other hand, can be another point of contention. They have earlier led spats between governments and deferred the formation of the reserve.

The Chhattisgarh government had been thinking of creating the elephant reserve since 2005, when the state sought the Centre’s approval for the reserve’s creation. The Centre gave its approval in 2007 for the creation of the 450-square kilometre (sq km) Lemru Elephant Reserve.

Why coal a concern

The Union Ministry of Coal has been trying to acquire 1,760 hectares of mining areas in Sarguja district under the Coal Bearing Areas (Acquisition and Development) Act, 1957 or CBA.

RRVUN has given both these coal blocks to Adani Enterprises for mining under the Mines Developer-cum-Operator contract.

The gazette notification for the acquisition process was published in a regional newspaper October 15. The notification itself is dated May 16 and says that anyone who has land claims in the area, can raise an objection within 30 days.

However, people in the area are not aware of the gazette.

“They are trying to acquire land under CBA in a Schedule V area without consulting the Gram Sabha as mandated under the Panchayats Extension to the Scheduled Areas (PESA) Act 1996. The villages have not even been informed about this acquisition,” Alok Shukla of the Chhattisgarh Bachao Andolan told Down To Earth (DTE).

The state government, meanwhile, notified the reserve October 13 under Section 36A of the Wild Life (Protection) Act, 1972 or WLPA. Elephant reserves are not recognised under the WLPA.

The conservation reserve management committee includes an official from the forest department — as the member secretary — along with representatives of panchayats, non-profits and the agriculture and animal husbandry departments.

Section 36A has a special provision that gives the Union government a say in the process of notification in case the land to be notified as conservation reserve has areas belonging to the Centre.

“…where the conservation reserve includes any land owned by the Central Government, its prior concurrence shall be obtained before making such declaration,” the section says.

The area of the proposed reserve will now span 1,995 sq km — more than four times the 450 sq km originally proposed.

Chhattisgarh’s health minister TS Singh Deo has voiced the concerns of villagers fearing displacement due to the notification of the reserve. “After coming to power, we brought the proposal in the Cabinet to increase the area by 1,995.48 sq km,” he had told media.

“I said villages should not be included in the project. Villagers will not agree to give away their land for the project. We are standing with the people. I will stand by the villagers on this issue,” he added. The mining areas that will become part of the increased conservation reserve, are part of Deo’s Ambikapur constituency.

The state forest minister, Mohammad Akbar, on the other hand, has said the notification of the conservation reserve would not lead to displacement of villages. Akbar has said that the Lemru Elephant Reserve is being established as a ‘conservation reserve’. It will neither displace villages nor affect community forest land rights.

He told media that villages in the reserve area will be provided additional funds for habitat development, which will help in controlling human-elephant conflict in a better way.

Not all villagers are against the reserve’s notification. “Adani doesn’t want the conservation reserve to be notified because it’ll make mining difficult. Now Adani’s people are going around creating misinformation that people will be displaced. This is not true. If we will be displaced, it’ll be because of coal mining,” Jainandan Porte, sarpanch of Ghatbarra village in Sarguja district, told DTE.

“The state government clearly doesn’t want mining in this area,” Sudiep Srivastava, a Chhattisgarh-based lawyer, told DTE. “Chhattisgarh Chief Minister Bhupesh Baghel, in his August meeting with Union Minister for Coal Pralhad Joshi, had called for sparing the Hasdeo Arand coal blocks, which include Kete extension, from mining,” he added.

“Ultimately, the granting of forest clearance would still be in the hands of the state government. Thus, if the state is not on board, this acquisition is a futile exercise,” he noted.

DTE contacted both ministers for comments, but did not receive a reply.