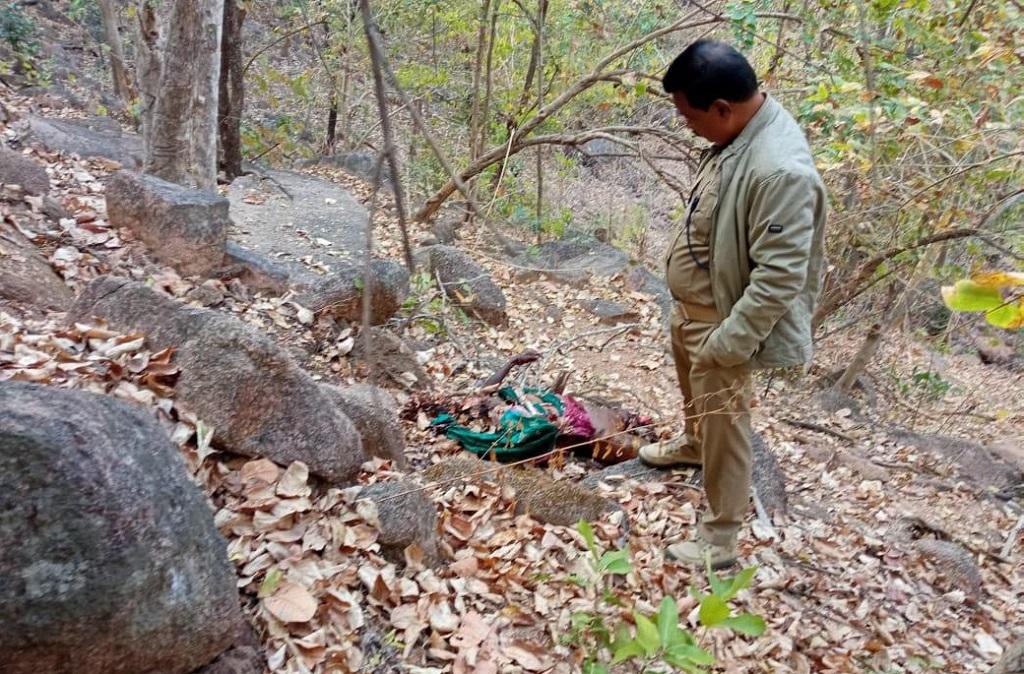 A 47-year-old tribal woman was suspected to be killed by a bear on February 11, 2021 in Lorda forest within Sunabeda Wildlife Sanctuary of Odisha’s Nuapada district.

Bhanobai Majhi, a resident of Bharuamunda village, had gone to collect cashew from the nearby forest in the evening. During this trip, the bear attacked her and consumed some of her body parts after killing her. Her body was recovered the following morning with deep wounds on her neck, limbs, chest and head.

“On hearing her scream, villagers came to save her but the bear had already attacked and escaped from the area,” said Makram Majhi, the husband of the deceased.

The death has caused resentment among the people in the  area. Many villagers blamed the forest officials for the incident. They also blocked a thoroughfare nearby, demanding that the forest officials capture the man-eater bear. The police arrived and tried to pacify the agitating villagers.

The forest officials said they are waiting for the post mortem report to confirm the woman was mauled by a bear. "Bear faeces was found near her body. Our staff is scanning the nearby areas to locate the bear," said Ramesh Chandra Pradhan, divisional forest officer of Sunabeda Wildlife Sanctuary.

The woman's family will be given a compensation of Rs 4 lakh, Pradhan added.

Bear attacks in villages around Sunabeda Wildlife Sanctuary and its nearby areas have become a routine affair. Two persons were killed and another received grievous injuries on June 15, 2020 in a wild bear attack inside a forest in Sambalpur district.

The pleas of people, who have been living in continuous fear, to provide proper protection from the animals have fallen on deaf ears, said Madhaba Majhi, a villager.

As bear is a Schedule I animal protected under the Wildlife Protection Act, attacking the animal is a punishable offence. “Due to shortage of food in the forest, many bears often stray into the nearby villages,” said Jayakrushna Panigraphi, secretary of Odisha Environmental Society.