Arctic migrants such as the Pacific Golden Plover and Curlew Sandpiper have seen major decline in numbers in the past three decades, potentially due to pronounced effects of climate change in the Arctic 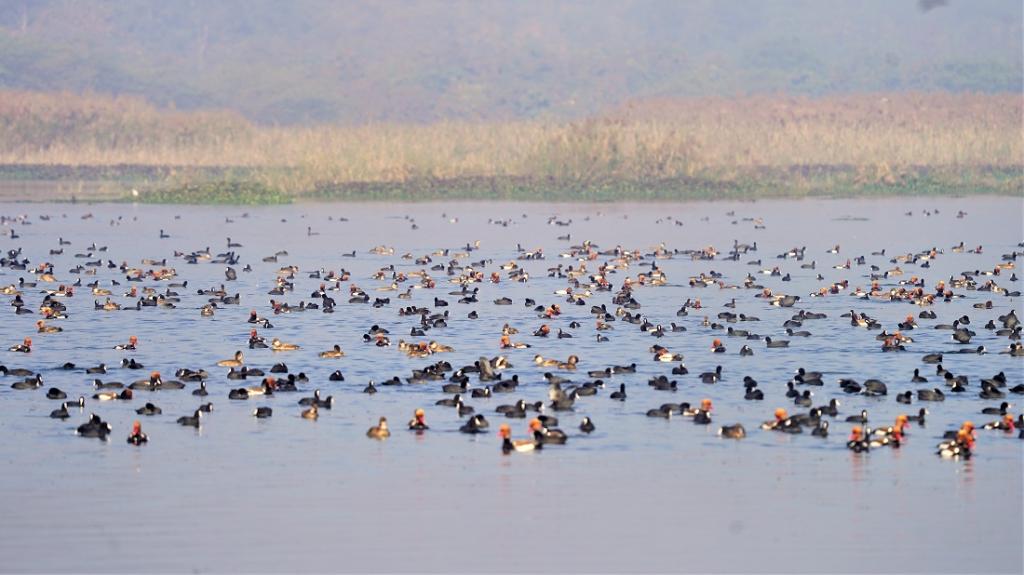 Everybody loves the sight of flocks of exotic birds making the most of the winter sun. But how many pause to think of how their lot really fare? The eve of World Migratory Bird Day offers an opportunity to take stock.

The day, the second Saturday every May, is marked for raising awareness about the need to conserve migratory birds and their habitats.

Several migratory species that make transcontinental journeys from northern latitudes to avian hotspots in India are increasingly facing threats such as climate change and habitat loss, experts told Down To Earth.

“There has been a decline in the number of waterfowl as well as shorebirds visiting wetlands including Bharatpur in the last 20-25 years,” Ashwin Viswanathan from Bird Count India, told Down To Earth.

“Arctic migrants such as the Pacific Golden Plover and Curlew Sandpiper have seen major declines in the past three decades, potentially due to pronounced effects of climate change in the Arctic. The Pacific Golden Plover declined by almost 85-90 per cent in the last 25 years according to the State of India’s Birds report based on observations uploaded by birdwatchers to the online platform eBird. The Curlew Sandpiper has declined by 80 per cent,” he added.

Likely reasons for the decline of these two species are climate change and changes in their breeding areas, according to Viswanathan.

“These are birds that breed in the northernmost latitudes. They are most sensitive to the effects of climate change. Ice melting a month or two earlier than in the past, has a profound effect on their breeding because they have to go on these long journeys and go back before the ice starts melting.

“That is when food starts being available. If they miss that timing because of events that cannot be predicted today their breeding suffers as a consequence,” he said.

“Last year, the shoreline of wetlands in Andhra Pradesh got inundated with water due to heavy winter rain. This led to non-availability of space and food for shorebirds. So untimely rainfall, early or late onset of winters have a direct impact on the migration of birds in India,” he said.

“India lies in the Central Asian Flyway region. Thirty countries are linked with the flyway. All are developing countries and their primary aim is developmental activities. Many of these countries are also politically unstable. They also do not have strict protection laws like the Wildlife Protection Act, 1972,” he told DTE.

Sathiyaselvam added that water was being diverted for agricultural and industrial purposes from wetlands or forestlands in this region. “Every country has lost 30-50 per cent of wetlands which existed in the 1900s. This development is of immense concern,” he said.

The expert noted that while some species had coped up with these changes, some had not while some showed no change in their situation.

“The numbers of Common Pochard, Ferruginous Duck, White-bellied Heron and Lesser Sand Plover are declining. Those of Glossy Ibis are increasing, while those of the Gadwall and Pintail are the same,” Sathiyaselvam said.