We would rather that there be no decision on some issues than having a bad decision, leaders of the African Group of Negotiators say 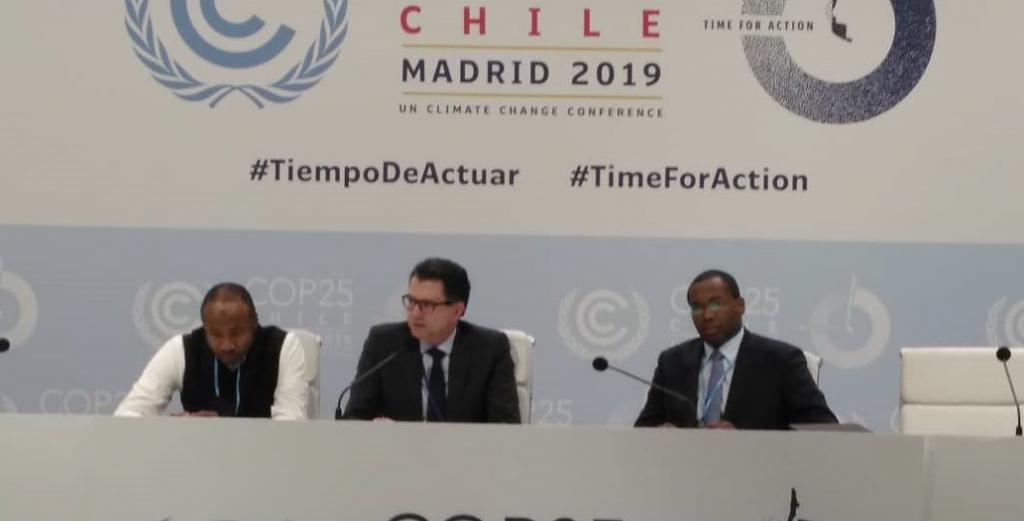 Countries, especially those in Africa, fear that the basic structure of the 2015 Paris Agreement is under threat at the 25th Conference of Parties (CoP 25) to the United Nations Framework Convention on Climate Change (UNFCCC) in Madrid.

At a press conference on the morning of December 13, 2019, conducted by the African Group of Negotiators (AGN), its chairperson, Egyptian ambassador Mohamed Nasr stated that “the structure of the Paris Agreement is being challenged as basic tenets like support and funding for reporting mechanisms under it are also not being established”.

Only after these events, will the overall status of the Paris Agreement's contentious points be clear. The CoP presidency of Chile has set up two separate tracks of negotiations to fasten the process of consultations.

The first has the decision texts of the CoP, CMP and CMA, review of the Warsaw International Mechanism, response measures and long-term review on its agenda, while the second has only Article 6 as it is the most contentious and has the messiest draft text.

At the AGN press conference, Nasr pointed out that the progress in Madrid has been slow and limited.

He expressed concern that “in the first four days, several items dealing with support for developing countries have not seen conclusion”. In many cases the parties have postponed the discussions to be taken up at the subsidiary body meetings in June 2020.

“We are very, very, very worried about the balance of the outcome. We are regressing on the implementation of all the commitments under the Paris Agreement,” Nasr said.

Ambassador Hussein Alfa (Seyni) Nafo from the Republic of Mali, who is the former chair of the AGN, said that at this point, the African group would rather that there be no decision on some issues than having a bad decision. “We have strong positions and we will continue being united on them,” he said.

Regarding the new text on the decision of the CoP in Madrid brought in by the Presidency on December 13 morning, Nasr said the text was a good starting point for the consultations. “But the AGN has asked for a more balanced text that includes an approach that focuses on the elements of the negotiations,” he added.

Nasr observed that ambition on action should be there but without ambition on finance and support, it does not make any sense.

Regarding carbon markets under Article 6, he said they should be complementary to national actions and that even though the AGN see potential in markets, they have not been big supporters of them. Nasr also iterated Nafo’s point that on some issues “no deal is better than bad deal and we are fine with continuing the process till next year.”

At a later plenary session, India’s lead negotiator, Ravishankar Prasad flagged some concerns with the negotiations, especially regarding Article 6 of the Paris Agreement.

Prasad also mentioned that there was some resistance from parties regarding the $100 billion per year finance that developed countries had to give to the developing countries.