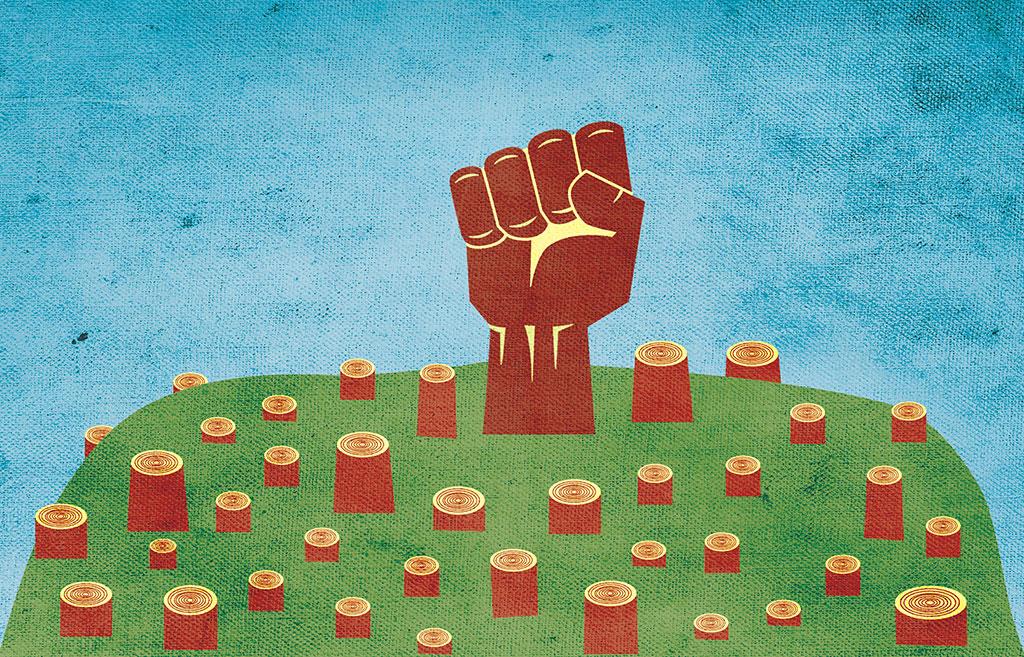 Carbon accounting is a complex process. A lot depends on the species of trees being chopped and those that are planted to replace them. (Illustration credit: Tarique Aziz)

If the world is a pack of cards, then climate change is the new joker. It has shuffled the familiar patterns, rules, and stratagems of the old in such unexpected ways that one is no longer sure what a good hand might look like. For instance, take the idea of burning trees to make electricity thrown up by the climate change circus. Weren’t trees (or forests), that ubiquitous symbol of the environmental movement, supposed to be preserved for their moral, ecological and aesthetic worth?

So, does the idea really have a point? Well, those in favour argue that wood- fuel emits much less carbon dioxide than coal or natural gas. Besides, carbon lost when trees are axed is replenished by those planted in their place. This, they claim, makes wood-fuel carbon-neutral.

But carbon accounting is a more complex business than it appears, say critics. It depends on a host of not-so-amenable factors such as the species being chopped and its successors; the time it would take the successor tree to restore the carbon lost; and the effect of cutting a forest on the ecosystem’s carbon stock as a whole.

It takes a very long time to restock the carbon lost, the wood-fuel model will result in a net increase of carbon emissions, thus adding to the existing conundrum of climate change-related global impacts. Rather, the world would be better off by investing the same money in inherently carbon-neutral renewables like wind and solar. Last but not the least, some biologists fear that felling forests in the guise of reducing carbon emissions may result in an irreparable loss of biodiversity. Add to this that it takes century for a forest to regenerate, and thereby, restore its carbon stock.

In a world besieged by climate change, black art seems to be the only winnable trump (pun intended). There is no way out but to keep calling the bluff on a bad hand when you sense one.